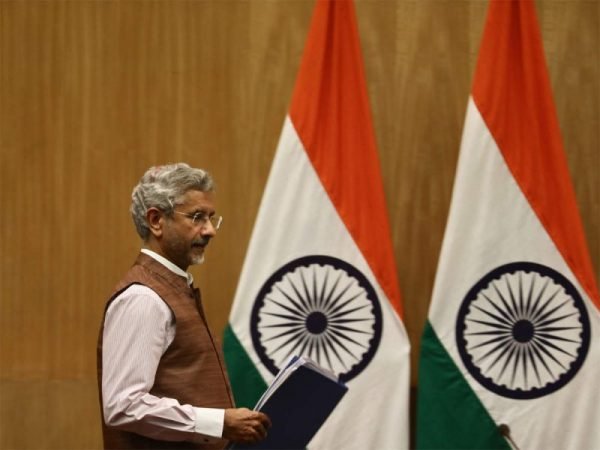 The 14th Annual Conference conducted by the Institute of National Security Studies concluded on 27th January, 2021. The INSS is an independent Israeli think tank working in areas of politics, defence and geopolitical strategies. External Affairs Minister, S. Jaishankar delivered a keynote address spanning across a wide range of agendas. The address was an accumulation of thoughts on the new US Administration at Washington, the severity of the ongoing global pandemic and India’s vaccine drive. It isn’t a new sentiment that with the change of administration in the US, foreign policies of the entire globe are bound to change. S Jaishankar commented, “As a new administration takes office in Washington D.C., it is natural that the world would reflect on the changes that it portends. Those following American politics would agree that its policies and initiatives will focus on rebuilding and revival.” President Biden’s predecessor had implemented policies which the international order found to be regressive and degenerating. The world has to shift and mould itself to what the new administration beholds as part of its policies.

COVID-19 produced a rippling effect which has left almost all countries on the verge of economic severity and recession. The policies which will be undertaken as a strategy to combat the effects of the pandemic, calls for greater utilization and stronger cooperation between all nations. EAM Jaishankar highlighted this point by addressing that the effects of COVID-19 are such damaging that globalization is suffering as a direct outcome of it. Foreign Policies are now going to dive into cooperatives and partnerships whereby the agenda for an economic boom will be given the utmost priority. To quote the EAM, “This means smart applications of power and influence abroad, as well as strong partnerships. It is also necessary that solutions to current conflicts are arrived at through broader consultations,” indicating a reformed world structure aligning itself with the ‘reviving’ the US policies under Biden’s administration.

Drawing his attention to the recent developments in the Middle East, the EAM appreciated the successful implementation of the Abraham Accords. The Accord signed by Israel, Bahrain and the United Arab Emirates and mediated by the United States in August 2020, have done wonders to the region. This Accord as one of its kind as it brought along the future roadmap to stronger multilateralism and regionalism. Given the distraught turbulences subject to this region, the stabilization of the Middle East is of significance in consensus towards rebuilding the world in a post-COVID state. “The Abraham Accords have opened up possibilities that could not have even been imagined earlier. At the same time, lasting solutions do have to be found for the perennial challenges. The international community has vital stakes in the stability and prosperity of this region”, the EAM added in his address.

The pandemic has more outrightly opened new ways of communication and diplomacy, but issues of terrorism, digitization and climate change haven’t changed. EAM stressed on the need for a broader consensus to deal with these agendas and reiterated the need for reforms in “architecture and even in the working of the international organizations.” The vaccine drive propounded by India which was a showcase of its adherence to the ‘Neighbourhood First Policy’; the Foreign Minister stressed on the fact that no one is safe until everyone is safe. The vaccine drive and supply of medical equipment which has now been extended to more than 150 nations displayed the commitment of the country towards its foreign relations. To come out of this raging pandemic is given the utmost priority, but India seeks “greater support from its responder.”

EAM Jaishankar concluded his address on a positive note amplifying the trust of the Indian community on the international word order. He concluded mentioning, “The world is about moving on. But it is equally about moving with the times. Whether it is the new Administration in the US or those in different corners of the world, we have a shared interest and collective obligation to make our planet a better place. There is so much riding on both our willingness and our ability, to do so.”