Russia and the run-up to COVID- 19 vaccine: What role does India have in this? 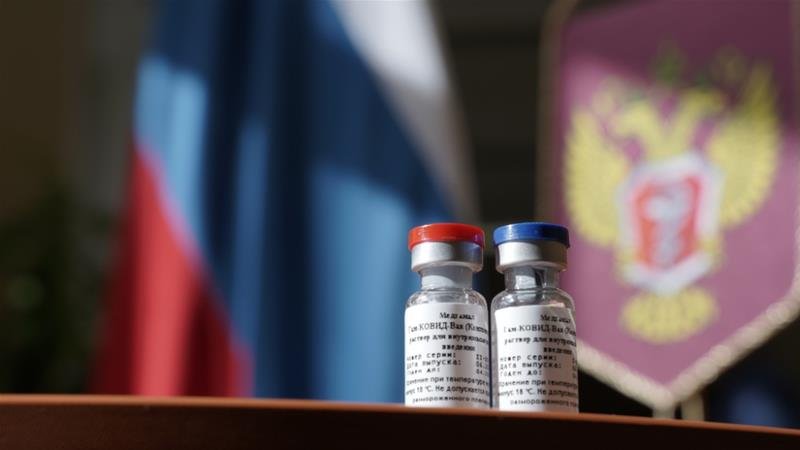 The race for finding a COVID Vaccine has caught up many leading nations to put immense time, effort and monetary resources into research and experiments. The latest news came in from Russia on the 9th of August where they claimed to have completed 2 crucial stages of clinical trials on humans required to get an approval licensing for the commercial development of the vaccine. The head of the Centre for Clinical Research on Medications at Sechenov University, Elena Smolyarchuk informed the media that the vaccine was extremely safe and the group of volunteers on whom the tests were performed showed better antibody counts and immunity against the virus. Although there was no information given about the commercial production stage but Russia did strongly indicate that it would want to partner with Indian Pharmaceutical companies to increase the pace of mass production of the vaccine. The vaccine, also called Sputnik V, was conducted first on 38 volunteers and later, on 40 members of the Russian Cohort elite, including the daughter of the President of Russia.

A great loss to Human Lives

The coronavirus pandemic since it’s spread initially from the Chinese province of Wuhan has claimed more than 700,000 lives worldwide. Any country you spot on the map, the virus would have spread there. The United States, contrary to the expectations of people given a robust health infrastructure, has been the worst affected living with a death toll of 166,000 and still counting. The virus has been transmitting like wildfire reaching every corner of the world and killing people. Demographically, people above the age group of 45 and people with chronic illnesses have been witnessed as the most vulnerable to lose their lives because of the virus. As it is a scientific fact that these exact people have comparatively a less capacity to build their own immunity and hence a lot are in dire need for a vaccine to survive the virus.

The politicisation of the Coronavirus Vaccine

With an innumerous need for vaccine doses, which is predicted to about 20 billion doses worldwide, every major Medical Research Centre in around 150 countries overall have participated in the race. From University of Oxford/AstraZeneca to the American Moderna/NIAID, the Chinese Sinovac and Bharat Biotech in India have all been extremely competitive in extensively researching the genome and trying to find a vaccine for it. A recent controversy also shot up where a pharmaceutical company claimed to have found a vaccine and yet the quality of the vaccine was heavily debated upon with a conclusion that even though the need for the vaccine cannot of postponed, any compromise would also not be accepted. Coronil also created similar controversies in India. Most of these companies have completed phase 2 of clinical trials and moving to phase 3. There has also been a huge politicisation of vaccine development around the world. A study conducted by the Lancet, a reputed Medical journal in the UK, has revealed that there is a connection between political beliefs and attitudes to vaccines. Donald Trump has made it an election issue by openly supporting the use of Hydroxycholorquine countries are now disregarding and disqualifying the efforts made by each other in producing vaccines and some countries, in order to gain political momentum, have supported their hastily made vaccines that were not tested enough. In another issue, a few medical journals and other research labs have falsified their findings and tried to mitigate the discussions related to side effects. But irrespective of all these mindless discussions, the vaccine in and of itself is a crucial requirement today, the importance of which cannot be undermined by imbecile politicians of the world.

The process of vaccine development

Development of vaccines is an exhaustive task. There is an extremely long process that has to be fulfilled before one can get approval and licensing for commercial production of a vaccine. There is quite an extensive research that goes into first understanding the genome of the virus, it’s characteristics and various combinations of drugs that would perfectly work against it. Such research is usually done by renowned and reputed medical labs across the world with the help of virologists. Once a substance is substantially developed, it next moves into the stage of testing.  The first stage is the pre-clinical stage where the vaccine is injected into animals, especially rats because their responses are very similar to humans, to check for any immunity response. In phase 1, the vaccine is given to a small group of humans to monitor their responses and determine its safety. Thirdly, phase 2 involves in testing the vaccine on a considerable number of people to check for further safety requirements and also assess the right dosage amount required by them. Last comes the phase 3 where the vaccine is given to thousands of people under a randomised control Trial method to look for any pattern of side effects that the vaccine might possibly trigger. On successful completion of all these stages adhering to all the safety standards, an approval certificate is given, upon which the research centre can license the patent of the vaccine to the pharmaceuticals to be produced in bulk commercially.

The credibility of the Russian Vaccine

The vaccine developed by Russia came under good scrutiny by the other researchers of the western world where they criticised the hastiness on the part of Russia to develop the vaccine. Firstly, the results of the vaccine have only been delivered on a television programme by the Russian Health Minister and have not yet been documented as a research document for the scientific academia. Also, the number of people on which the vaccine tests were conducted is a very less number and is not enough to prove any credibility. The name of the vaccine is also heavily criticised upon the issue. The first Russian human mission to space was successful on the rocket named, Sputnik V, which was also, at the time of cold war was known as the Sputnik effect. This effect catalogues the victory of the Russians ( Soviet Union ) at that time over the Americans in completing the space mission successfully. This time too, politicians point out that the choice for the name of the vaccine is also a deliberate attempt on the part of Russia to show the world that it is capable of everything and can do it better than the world. Irrespective of how well the virus could work or not, the implications of this has more than just the health perspective to it.

The Role of India

The discovery of the vaccine has only solved a part of the problem. A major issue lies in producing it to the fullest capacity and making it available to every country in adequate numbers. Economists have predicted that even at full capacity, the world will only be able to produce 4 billion doses of vaccine as compared to the 20 billion doses needed today, which might further go up, even till the end of next year that is 2021. This commercial angle gives a shrewd opportunity to pharmaceutical companies around the world to make profits.  Sun Pharmaceuticals based in India has already seized the time and initiated joint ventures with other companies for the production of Coronavirus vaccine. India being the 3rd largest producer of medicines in the world at an exceedingly less cost gives it a massive opportunity to actively be a part of the COVID 19 vaccine race. With a world market share of 10% in medicines, India is being looked upon as a potential centre and a hub for COVID 19 vaccine manufacturing. India has already initiated talks with Russia and showed interest in obtaining the vaccine, even amidst a global scenario which criticises the vaccine with even calling it fake and unsafe. India in a sense has become a strategic partner and gives it immense opportunity to garner the maximum market for vaccine production, which will not only be beneficial to the Indian health sector but also ultimately to the Indian economy. Being at the forefront of the global health sector, India could really build better strategic and diplomatic relationships with a lot of other countries around the world. The Russian breakthrough seems to be a big success in our fight against the pandemic, and even so, India’s role in furthering this success is much bigger.