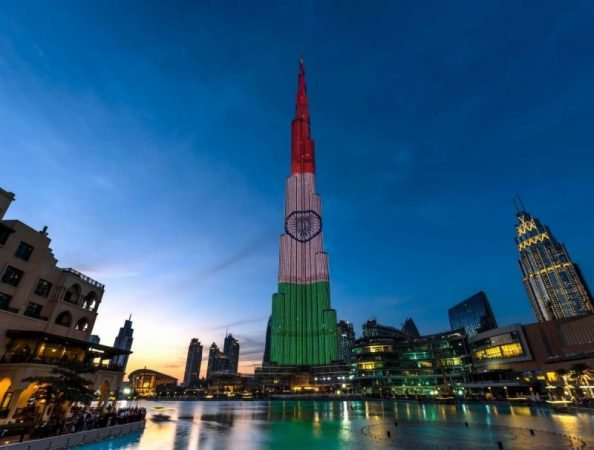 India and UAE have been trading partners since the beginning of the early 1950s and the 1960s with the influence of the diaspora community who has been instrumental in the continuing relations between India and UAE. There have been several industries in India which has an investment from the companies in the United Arab Emirates Government including the Emaar Properties and also the Emirates Holdings who have major projects planned in India. These relations have been based on trade agreements and also MOUs which have been signed by the various ministries and also the department in both countries and also the companies in both countries.

Economic Relations During the 1960s

The starting of the India-UAE Relations can be attributed to the discovery of oil in UAE in 1962 which started the oil boom in UAE. This acted as an impetus for maintaining relations between India and UAE which were weak in the beginning. According to the data from the Embassy of India UAE the trade between India and UAE was valued at US$180million per annum which was a weak engagement and India had much larger relations with Russia and the other countries in the West including the USA.

There was a significant shift in the economic relations between India and the United Arab Emirates post the 1990s with the start of the liberal policies which were introduced by the Government of India under Prime Minister Narasimha Rao who sought to maintain stable relations between India and UAE.  The Double Taxation Avoidance Agreement was signed between the Ministry of Finance of the Government of UAE and also Ministry of Finance Government of India which was sought to allow for the free flow of the goods between both the countries. This helped in the increase in the trade relations between both the countries which can be seen from the International Monetary Fund Direction of Trade Statistics Report. According to the report, the Indian Exports to the UAE has increased from US$455 Million in 1990 to US$1,287 Million in 1998. India Imports from the UAE also increased in the same way according to the report.

The trade between both countries has been based on Exports and Imports. The major exports from India include precious metals, petroleum products, food items, and also the engineering items and also machinery. India has been the major trading partner to the United Arab Emirates according to the reports from the Ministry of Finance UAE. The major import of Inda from UAE is crude oil which was valued at the US $9,512.48 Million in the year 2018-2019. This has made the UAE  the 5th largest source of Crude oil for India after Iran.

Investment between both the countries: Present and Future

UAE has invested a huge amount of money in various projects in India. According to the Embassy of India UAE, this amounts to the US $6.65 Billion.  The major investment by UAE has been mainly concentrated in the five sectors including Service Sector, Maritime Transport, Power, and also Construction activities which include infrastructure development. This was also the reason for the visit of the Prime Minister of India Narendra Modi in August 2015 which established the UAE-India Infrastructure Investment Fund which sought the Investment of UAE in India to develop the roads, railways, ports, and other infrastructure in India. The current projects that the UAE has invested in India include:

Future of the India-UAE Relations

COVID-19 has caused huge havoc in the relations between India and UAE with the banning of Flights between India and UAE from March 19, 2020, and also the Lockdown imposed by the Indian Government in March 21, 2020. This can be seen from the report of the Director-General of Commercial Intelligence and Statistics showing a decrease in imports and exports. This has affected the relations to a greater extent which has been increased by the decrease in the Gross Domestic Product of India and also the looses faced by various industries in India and also UAE.

But there came a relief at the beginning of May with Vande Bharat Missions which sought to increase the economic relations between both the countries and also help the India Diaspora in UAE to return to India. This was also complemented with the Air bubble agreement which was signed at the beginning of June which saw the beginning of services by the UAE and Indian Aircraft carriers such as Indigo, Spicejet, Air Arabia, Emirates, and Flydubai resuming flights to India. This can be considered as the revival of the relations between India and UAE especially in the tourism industry and also the Aviation Industry.

In conclusion, there are glimmers of hope which was expressed by both the countries to resume full economic relations and also resume various projects which were started by UAE companies in India and also the Indian companies in UAE. But there exists doubt as to what extent this relation can be reinstated and how the pandemic will change and manoeuvre the relations between both the countries