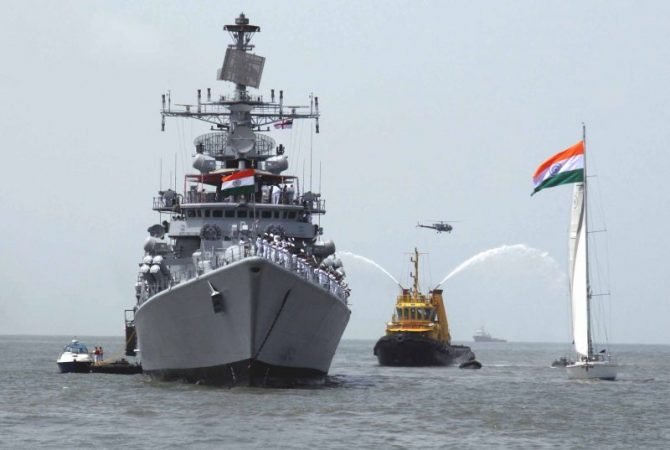 With the new upturns in Afghanistan, the paradoxes in India’s strategic culture are being exposed. In this discourse, our civilisational history has become so overbearing that India has been consistently ignoring its geography- forgetting that “geo” comes first and is common in both geopolitics and geostrategy. Geography shapes and reshapes history and vice-versa. Geography has proven to be “a strategic curse for Afghanistan”, “a boon for Pakistan” and “a distraction for India”. There are various factors attributed to these considerations.

Afghanistan has always been a consistently orthodox, impoverished, collection of scattered provinces and under extremely less centralised, thereby, loose rule and therefore, it has always been clouded under great power struggle. This makes it a breeding ground for conflicts between superpowers and revisionist powers- e.g., in the 19th century, colonialist Britain vs Tsarist Russia, in the 20th century, capitalist USA vs communist USSR, and then, the USA vs new global non-state actors like Al Qaeda.

In this ‘great game’, Pakistan remained untouched because of its late birth in 1947 and geography benefitted Pakistan truly by making it a frontier nation due to long, entwined borders with Afghanistan (which touched erstwhile USSR’s borders back then and thus, was a theatre of Cold War for the superpowers). Pakistan’s significance for the US increased considerably in 1971 wherein it facilitated US-China rapprochement and then, in 1979, when the Red Army of the USSR invaded Afghanistan, Pakistan was showered with geostrategic and diplomatic benefits from the US side.

Post-Cold War and in the aftermath of the disintegration of the USSR, history-shaping geostrategic favours started slipping from Pakistan’s hands as its worth kept on diminishing in the American worldview along with rising warmth in Indo-US relations. But Pakistan’s geographical position again came to its rescue in the 2001 post 9/11 attack in the USA, US’s subsequent “war on terror” and thereby, the search started for the mastermind of 9/11 in the “Af-Pak” region and the US favours resumed for Pakistan.

Since 1947, what has geography given to India and why this is a major distraction in our strategic thought process and culture? India inherited 15000 kilometres of land borders and since our independence; half of these borders are entwined with Pakistan, our primary military rival. This hasn’t changed much except a friendly Bangladesh on our easter side. But our tactical focus remained on “continentality” alone – our policymakers’ minds colluded with Pakistan, China, terrorism and defensive and counteroffensive actions. This is still important but our distractions need to be controlled now.

It is considered a distraction because India has been oblivious to our 7500 km of coastline which engulfs major SLOC and lines of commerce. For the past 75 years, India’s geostrategy has remained so obsessed with the limitations, dangers and quandaries of our geography that it forgot to pay attention to the opportunities available for us. The recent events in Afghanistan would shape outcomes for three major sectors- how they would relieve Afghanistan of its doomed geographical status, curtail favours of Pakistan and rid India of its distractions on the diplomatic, strategic and politico-economic front?

Russia is back onto the status of great power and its tactics in Afghanistan would be limited to stabilising the “virus of Taliban” to not let it cross into Central Asian republics. China shares the same concerns related to its Xinjiang province and Uyghur Muslims in relation to this virus. Thus, the importance of Pakistan in preventing terrorism here remains limited and on the other hand, if Afghanistan stabilises, China would like to extend its China-Pakistan Economic Corridor (CPEC) to Afghan territory as well and thus would wish for security in Afghanistan to safeguard its investments.

India is more worried about the “Terroristan” which would spring up due to the “Taliban AfPakistan” nexus. But Pakistan’s economic, diplomatic, geostrategic and military capabilities show us that such chances are limited and would become its diplomatic and political suicide- Pakistan lost its eastern part in 1971 in the fervour of following US favours in the first phase of the Cold War and in the second phase (1979-91), dented its institutions. Now in 2021, Pakistan seems incapable of using Afghanistan to adversely affect India, under lack of US favours. Thus, India needs to focus on Indo-Pacific as a more viable opportunity to extend its influence, especially in the current geopolitical environment. India’s future spirits depend on the flight of its economy. By opting out of the RCEP, New Delhi has deprived itself of an opportunity to partake in a dynamic novel economic grouping that could have added further appetite to its Indo-Pacific strategy.

India recognises “ASEAN Centrality” in its Indo-Pacific vision but its key political and economic ties remain anchored in the city-state of Singapore and have been failing to develop more comprehensive ties with other ASEAN nations, particularly important, Vietnam, with which it had long had an important relationship. In the Indo-Pacific context, India is confined to the “Indo,” or the Indian Ocean Region (IOR) and here also, it is being pressured by Chinese inroads in the region- like heavy investments in Sri Lanka (Hambantota Port, Colombo Port City), Pakistan (CPEC), sturdy relations with Myanmar’s junta plus China Myanmar Economic Corridor and Nepal and Bangladesh, too joining BRI, its “string of pearls strategy” in the IOR; Chinese “creditor imperialism and debt-trap diplomacy” creating new security issues.

Thus, India needs to revive its positioning in the region as a reassuring and reliable partner and not a “scary one like China”. There is a stated desire to expand initiatives like Quad to include other like-minded countries (possibly Indonesia, Vietnam and France), and to put more emphasis on the economic component. Since the Indo-Pacific is primarily a maritime expanse, the influence of the U.S. is a given, given the reach of its blue-water navy. However, the nature of that presence going forward will certainly be dissimilar from the hegemony Washington enjoyed in post-war Asia. Ascendency in logistics and maritime operations in the Indo-Pacific will culminate into collective security and a balance of power. In this effort, the U.S. would require highly enthusiastic partners (like Australia) and reserved ones (like India).

Brahma Chellaney warns, “[t]here is a danger that interstate conflict in the IOR in the coming years could be driven by competition not so much over political influence as over scarce resources.” Consequently, addressing regional stability and multiple stressors on resources due to climate change and environmental degradation would instantly entail a unified, holistic, regional response to guarantee sustainable management of marine resources. The Indo-Pacific is defined by “maritime regionalism”, in quest of similar geopolitical aims.

Amidst all geostrategic and geopolitical goals of major powers in the region, many non-traditional security threats like climate change, marine pollution and marine debris, etc. have taken a backseat in the region. The current architecture is deficient incoherent governance instruments, therefore inhibiting sustainable blue development in the IOR and Indo-Pacific, even as they seek to address subjects like food security, biodiversity conservation and ecosystem management. India needs to leverage its geostrategic position and opportunities in the domain of foreign policy to address these dimensions as well along with using these issues to build a larger, more humane coalition of like-minded countries beyond geoeconomics and geopolitical aims.