How the Sino Australia relation struggled in recent times 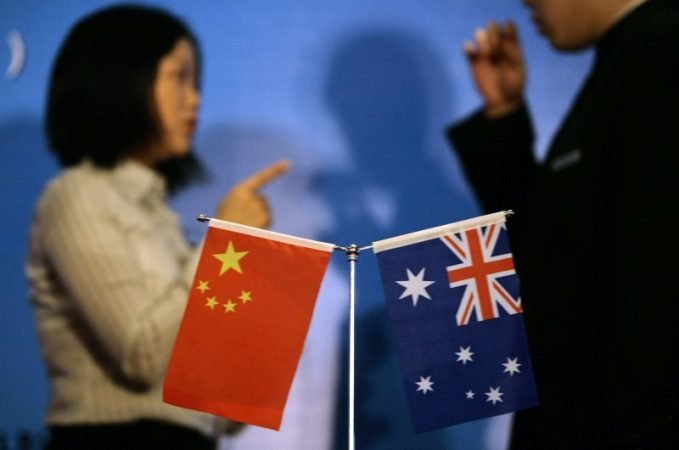 Australia is one of the few countries in the world that had a stable and growing relationship with China. While some have ideological differences, others due to their politics have maintained a distance in maintaining relations with China but not Australia. China is Australia’s partner in terms of both exports and imports. In fact, according to the Australian Bureau of Statistics, in 2019-2020, China accounted for almost 39% percent of exports which were mainly from natural resources like iron ore and 27% of imports majorly from wine, meat, cheese. Most of the international students studying in Australian Universities originate from China.

But in the last few years, there have been few points of friction that have created cracks in the Sino Australian relations which have further worsened in recent times. Australia’s behavior has exposed China’s growing influence from politics to real estate to even educational institutes. Its stance on key issues ranging from human rights, pro-democracy protests to the South China Sea have increased the tensions between the two countries.

Covid19 origin – While 2020 was a disastrous year for the world, it proved to be one step ahead for Sino-Australian relations. In April 2020, Australian Home and Foreign Ministers advocated for an inquiry into the origins and initial handling of the virus. This was well supported by Prime Minister Scott Morrison who further said that the suggestions are reasonable, and the world needs answers to their questions. China viewed these suggestions by Australia as an insult. China’s Ambassador to Australia accused Australia, the US, and its allies of spreading and running negative propaganda against China.

The Ambassador further remarked that there should be a boycott of Australian goods, tourism as well as educational institutions if demand for investigation is pushed on. It was further assumed that since countries like the US, UK and European Union were echoing their voices for investigation, Australia under the pressure too demanded an investigation to balance its relations with the West.

The tensions did not stop as in May 2020, China imposed 80% tariffs on barley and suspended import permits. This led to a mini trade war between Australia and China. Though China accepted an investigation for novel coronavirus based on EU resolution, the relation was already weakened making it vulnerable for the future.

Tweet over War Crimes – The bilateral relations between Australia and China took a serious turn when Chinese foreign ministry shared a doctored image on Twitter of an Australian soldier holding a knife to the throat of an Afghan child. This was shared to bring attention to the Brereton Report (conducted by the Australia Defense Forces) regarding the unlawful killing of at least 39 Afghan civilians between 2009 and 2013. The report said that not only 25soldiers were involved, but senior officers were encouraging junior soldiers to kill captives.

Soon after the tweet, Prime Minister Scott Morrison termed the tweet as unjustified and asked the Chinese Ministry to delete the doctored image and tender an apology. It did not happen the way Australia wanted as China refused to delete the image by saying that Australia should do done soul searching on the report.

Issue over journalist detentions– The two countries were again at loggerheads after Cheng Lei, an Australian journalist was arrested by the authorities on account of activities running against the nation.

After the incidents, it was reported by the Chinese news agency that Australian intelligence agencies raided Chinese journalists in Australia and violated their basic human rights.

The Sino Australian relations are currently at their worst point in their history. The issues between the two are not looking to end at any time soon rather it is increasing day by day. China’s recent aggressive posture across the world has made Australia stick to its position of not getting intimidated. Some experts believe that the countries are at their lowest point in several decades. The USA can be the missing piece in the puzzle in the Australia China relations. If China has a stable relation with the USA, it can have pressure on certain issues for Australia allowing it to have a softer stand on China. But seeing the present relation of China with the USA, the solution looks tough if not impossible for the coming future.