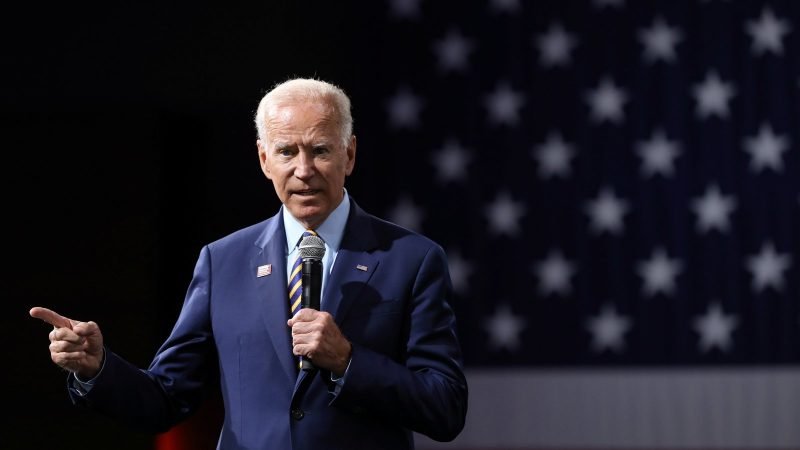 The quiet withdrawal from the Bagram airbase, which was America’s largest station in Afghanistan is more than just a timeline of events. It speaks volumes about the nation of Afghanistan headed, America’s intent, and what awaits the Afghan people.

President Joe Biden’s promise to end the war summarily by September 11, 2021, a full two decades after the twin towers in New York city came down has opened a pandora’s box of chaos. While it is true that America is tired and war-weary, with more than 2500 lives lost and billions of dollars poured, there is no final win, only a respectful exit.

As city by city falls to the Taliban, desertion of security forces in the Afghan army increases, it is only a matter of months that the unity government in Kabul will either fall or will be replaced by the one led by the Taliban. General Austin Miller, the commander of the US-led mission in Afghanistan, warned in June that the country could be on a path towards a chaotic civil war, an assertion affirmed by a US intelligence assessment that the Afghan Government can fall within six months of American departure.

The Taliban now controls about a third of Afghanistan’s nearly 400 districts and threatening many more. They have surrounded many regional capitals from Ghazni City in the east to Maimana in northern Faryab province. A government by the Taliban is not just a remote possibility but an almost certain event.

The nations therefore must take cognizance of this fact. For experiences of the Taliban’s first regime to be not repeated, it is, therefore, necessary to engage. Engagement is no endorsement, the engagement with the Taliban would testify to both the fervent desire of the world’s development and the Taliban’s self-rule notions.

The West must see this as an opportunity for creating an Afghanistan it always wanted. With the Taliban keen on governing as enunciated by its recent placating to local demands and the respectful treatment to Afghan soldiers that were captured, the west must use its economic leverage to elicit some reforms from the Taliban. Formal negotiations and channels of communication with the Taliban on every issue in sync with the needs of the Afghan people should be of paramount importance to the west.

In a meeting with President Ashraf Ghani, President Biden said that America is duly invested in the future of Afghanistan albeit, with the caveat of Afghan people choosing their own future, America must therefore take the lead in aiding Afghanistan and reforming the society. THEREFORE, the USAID can run a different mission dedicated to Afghanistan as a nation and channel the resources for the benefit of the Afghan people.

In this context, the world body called the United Nations can play a supplemental role, it must take the lead in ensuring the strict yet soft nudge for the Taliban to mend its ways. The disdain for the American invasion stemmed from the fact that it was unilateral and for many Afghans unnecessary, United Nations-led sanctions or even collective security operations in case the Taliban goes back on its promises will undo that fear in the eyes of Afghan people.

The crucial issues of women’s rights which to many is a no brainer in the new regime can also be negotiated by the world body at the highest consultation forums. Partisan politics kept aside, a stable, inclusive Afghanistan should be on everyone’s checklist. It not only lends legitimacy to the cause of the foreign powers but would also lead to goodwill, a gesture in short supply for the Americans and the west.

The crux, therefore, lies in building goodwill among the Afghan society, crucial to governing Afghanistan is the support amidst the common afghanis. Taliban knows it and its recent escapades in the direction of public works and aiding the survival of common people targets the common Afghans building legitimacy in their eyes.

In this context, the world India could play a very important role, as the largest aid donor and the builder of many important institutions like the Afghan parliament, Salma dam and numerous other social infrastructures like hospitals in Afghanistan, India enjoys enough goodwill in the country. Roping India would help to lend legitimacy to the process. In this context, India engagement with the Taliban informally at various forums needs to be appreciated in the perspective of its being a reasoned decision based on realpolitik.

It is also to be emphasized deeply that the Taliban cannot and should not be trusted on its words, an ethnicity-based tribal militia group emerging from students in the Afghanistan-Pakistan region mobilized on the grounds of race and culture, it too is ridden with factionalism. While Mullah Baradar represents the moderate section, Sirajuddin Haqqani, the head of the Haqqani network is a strong votary against any moderation and argues for a strong relationship with Pakistan and exhibits strong anti-India sentiments. The reneging on its promise is not a distant reality from the Taliban as it continues to battle deep schism in the ranks.

The Taliban could go back on its promises and, with a nudge from Pakistan, target Indian interests.  The Taliban interlocutors India and the West are engaging with Mullah Baradar’s likes could be sidelined, or worse, replaced by pro-Pakistan hardliners such as the Haqqanis. This is a considerable risk. After all, families of Taliban leaders reside in Pakistan. This offers the host valuable leverage, and Islamabad’s desire to play a defining role in the country is an old and fervent desire.

Notwithstanding these possibilities, there is a need to engage with the Taliban at multiple levels. Despite the Taliban’s own losses, estimated to be in the tens of thousands during the war, the group is stronger now than at any point in the last nineteen years. It has between fifty-five thousand and eighty-five thousand full-time fighters. The fervent desire of the Taliban to govern the nation which would, in any case, become a reality one day needs to be capitalized for effecting change,  the engagement might bring fruitful transformation, sidelining the new regime in Kabul not only invites hostility for the region and the world, it also can wash the gains made by the NATO forces and progressive changes in the society.

This is a chance to end the chaos in Afghanistan, the perilous life of its citizen since the generation needs a fix. Rightfully termed as graveyard of empires, Afghanistan had in the past broken mythical invincibility of British, Soviets and Americans alike. Further intrusion by the current or future hegemons would further the stalemate A new beginning is needed, for Afghanistan to shed the ignominy of being the graveyard of empires, the empires need to change and so do the graveyard owners.