Why is China so worried about Ladakh’s Galwan Valley? 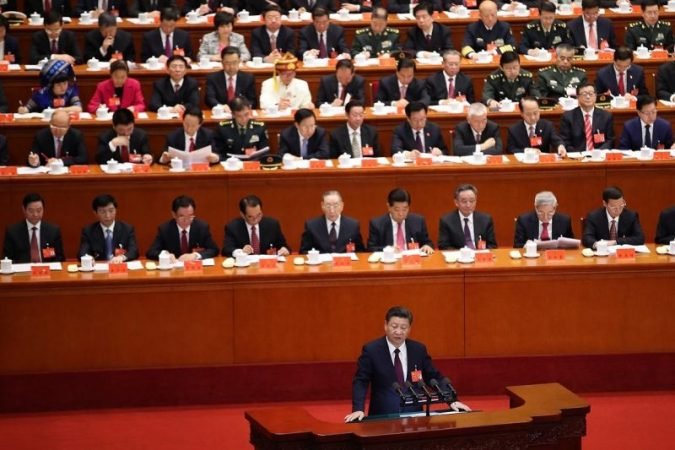 Did Jinping’s China invade the Galwan valley to divert public attention from its own failure?

Why is China so worried about Ladakh’s Galwan valley? Why did China suddenly become so aggressive on India like a bolt from the blue?  Is it a sudden reaction, or is it just a small part of a larger plan?  In fact, there are many reasons behind this suspicion and doubt. Is china reluctant to recognise the Himalayas as its natural southern border?

The history of China’s refusal to accept the Himalayas as its natural southern border is quite old. In the 1950s, Mao Zedong was quoted as saying that Tibet was the right hand of China and the five fingers of this hand were Kashmir, Nepal, Sikkim, Bhutan and North-East Frontier. But these five fingers described by Mao are either part of India or under Indian Influence. Mao’s aim was to bring these five territories under Chinese control and annex them to Tibet.

This is just a small part of the big canvas. Experts say there are economic, social and political reasons behind China’s aggressive attitude in Ladakh. It is now well known that the whole world is blaming China for Corona epidemic. There have been serious allegations against China for withholding information about COVID 19. On the one hand, China is engaged in a fierce trade war with the United States. On the other hand, China has become the eyesore of European countries as thousands of Europeans have died in the Corona outbreak. In this situation, one State after another is cancelling the orders of Chinese companies. As a result, Chinese exports are facing huge challenges. In the wake, China’s plight, countries like Thailand and Vietnam are appealing to the outside world to invest in them instead of China. One step further, Japan has set up a special fund for all countries that leave China to invest in them. Under the pressure of the situation, China has had to waive interest on loans to Africa and Latin American countries in order to maintain its own image. There are signals of catastrophe for the Chinese economy, which is mired in debt.

It is clear from the above facts that the time is not going very well for the Chinese President Xi Jinping. But a few days ago, Jinping’s Jupiter was at its peak. The Chinese Constitution was amended to keep Jinping in the highest position in China. That is, he was given the approval to remain in office indefinitely even after the expiration of his term as President in 2022. Deng Xiaoping introduced this method to stop the misrule caused by a ruler holding the same position for a long period of time. The new activities of Xi Jinping not only thwarted Den’s attempt but also paved the way for him to become the incarnation of Mao. The western media has already dubbed Xi Jinping the new version of Mao Zedong.

Let us now come to the second part of this article. The reason behind the Chinese invasion of India’s territory in 1962 is generally believed to be Chinese anger over Nehru’s policy of building military bases along the Chinese border. Although it is popularly known as the cause of the Sino-Indian war, the real reason behind this war is different. The Great Leap Forward launched in China with a huge bang in 1958 caused the Chinese economy to collapse, leaving 20-40 million people dead. This failure of the Great Leap Forward in just three years not only angered the Chinese people but also erode their confidence in Mao’s leadership. In order to stay in power, Mao had to do something to divert the attention of the people of the country. Aiming at India as a soft target, Mao planned to kill two birds with one stone.

Moreover, there were other reasons to attack India. Firstly, China’s border dispute with India dates back to British rule. Secondly, from the beginning of the 20th century, China did not agree to recognise Tibet as an independent State. Thirdly, China was furious with India after the Dalai Lama fled to India 9 years after forcibly occupying Tibet. Because the Dalai Lama was given asylum by India in Dharamshala, China’s image in the eyes of the world was tarnished and China was branded as an invader. In 1959, China made it clear that India would be given a fair answer for all these reasons. From the following year, China began preparing to invade India. This means that China has long planned to attack India. It would be wrong to think of it as temporary aggression.

The fact that China has always been jealous of India can easily be understood by analysing the world politics before the 1962 Sino-Indian War. The Prime Minister of India Jawaharlal Nehru led the policy of non-alignment adopted at the 1955 Bandung Conference. That Policy was universally acclaimed and Prime Minister Nehru of India gained popularity as one of the exemplars of this policy. By applying this policy, India was also making its own dignified place in world politics. Mao Zedong’s China could not accept neighbouring India getting the spotlight of international politics. Mao thought that the rise of India would create an obstacle to China’s sole dominance in Asia. The only way to tarnish Nehru’s image is to subdue India. At the same time, China will be considered the best in Asia if it can subdue India.

The reign of Jinping is very similar to that of Mao. When power is centralised, it turns to dictatorship. In order to maintain his power, The dictator does not hesitate to resort to any hateful means, not even to fight. This has also happened in the case of Mao, it is also happening during Jinping rule. This is the real reason behind the Chinese attack of 1962. The question that has been revolving around this incident is whether Jinping attacked Ladakh just to divert the attention of the people from his own failure. Did Jinping start following the path of Mao? Because the whole world, including China, knows that a full-scale war with a powerful country like India now could be a disaster for both countries. Jinping is well aware that while it is not possible to wage a full-fledged war, local wars, such as the invasion of the Galwan valley, can brighten his image to the Chinese people. The escalation of tensions in Doklam or the repeated incursions of Chinese troops into Indian territory over the past few years support the above statement. History says war and destruction come at the hands of dictatorships, the last two world wars bear witness to it. Is China moving in that direction?