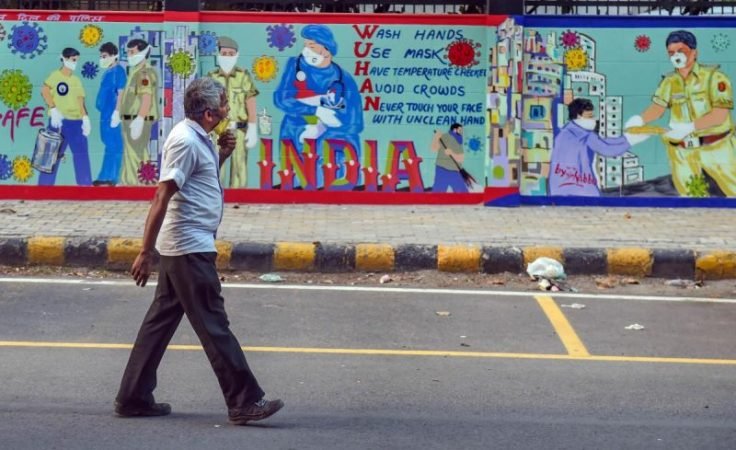 Emerging out of the Chinese city of Wuhan last year, COVID19 spread to more than 185 countries of the world. To stem further spread of the virus, lockdowns were imposed by governments of the countries in varying degrees. Henceforth, the economic activities were brought to a halt. This resulted in an aggregate shock to the world economy with World Bank predicting, “the baseline forecast envisions a 5.2 percent contraction in global GDP in 2020, using market exchange rate weights—the deepest global recession in decades, despite the extraordinary efforts of governments to counter the downturn with fiscal and monetary policy support”.

While all regions will suffer “swift and massive shock of the coronavirus pandemic and shutdown measures,” the impact would be of varying degrees on regions with higher degrees of vulnerabilities. South Asia, the region which comprises of countries of Afghanistan, India, Pakistan, Bangladesh, Sri Lanka, Nepal, Bhutan and Maldives, is home to more than a fifth of the world’s population and contributes more than 15 percent of global economic growth. It also suffers from various vulnerabilities. There are high rates of poverty and inequality, as well as major infrastructure and connectivity constraints. The World Bank predicts worst growth performance in four decades for the region due to the pandemic. As per the South Asian Economic Focus report by the World Bank, the region is expected to show growth of 1.8 percent to 2.8 percent this year.

The Economy of the region was already in a dire state before the pandemic. According to a report by the World Bank, “South Asia experienced in 2019 its weakest growth in 10 years, in line with weak global growth in investments and trade”. There was a lower availability of loanable funds as private sector credit had slumped in most countries since around September 2019. There is also a high degree of public debt in the region with the exception of Bangladesh, Nepal and Afghanistan. This is due to the high level of fiscal deficit.

In Pakistan for instance, the level of public debt is as high as close to 70 per cent of GDP—with rising sustainability concerns. In fact, the Government of Pakistan has currently negotiated for official assistance from the IMF to address macroeconomic and fiscal challenges for the second time in the last five years. Since the tax collection in the current financial year is expected to be lower than what was estimated and there will be an increase in government spending on relief measures to mitigate the adverse effects of the pandemic, the further increase in fiscal deficit across the region is inevitable.

The South Asian region already lags behind the developed countries. The share of the region in terms of the population accounts for 25 per cent of the world but its share in the World GDP is a mere 5 per cent. There is also a lack of productive and international competitiveness. The region lags behind on indicators like foreign investments. The technological capabilities too are far below the average of even other developing regions as measured by indicators like Economic Complexity Index (Figure 1).

The virus is not just landing people down with a fever, it is also wreaking havoc on the economies of the region by claiming the livelihoods of millions amidst the slowing demand and disruption in supply chains. Amongst all the countries, the already crippling economy of Pakistan is expecting negative growth by the end of the fiscal year. This will amount to a possible loss of 18 million jobs across formal and informal sectors. While World Bank’s initial reports had better signs for India, it has recently cut projections for India’s economic growth from an earlier 6.1% to in between 1.5% to 2.8% for the next fiscal year. Almost 100 million Indians, in both formal and informal sector, are expected to lose their jobs. The growing economy of Bangladesh too is not at ease. The projected growth is around 2% to 3%. Apparel sector of high importance to Bangladesh economy is alone expecting to see around 2 million to 3 million layoffs.

The worst sufferers who emerge out of the whole scenario are workers in the informal sector. Small and Medium-Sized Enterprises (SMEs) are facing a reduction in domestic demand. They are the largest employers of informal workers and are at risk of permanently closing their operations. Daily wage earners and migrant workers are struggling for their survival as the operations in the markets are limited. To take the case of India, with the shutdown in place, millions of migrant workers had to deal with the loss of income, food shortages and uncertainty about their future. The grim images of millions of migrant workers and their families, some on bicycles and rickshaws while others on foot, travelling back to their native places depicted the hardships faced by this vulnerable section of the workforce due to a sudden disruption in economic activities. The distribution systems were made in place to help these workers left without any money and food. However, as per the data of the Food Ministry of India, “although 60 crore people are now covered under Centre’s ration card portability scheme, inter-state usage has been very low so far with only 200 inter-state migrants making transactions per month since the lockdown began”.

Governments of all the countries announced economic packages to address the worst sufferers. Take for instance the three major economies of India, Pakistan and Bangladesh. India announced a package worth around $266 billion (10% of GDP)  to stimulate labourers and small businesses as the economy reels from the coronavirus pandemic. This package included direct benefit transfers (DBT). Bangladesh announced a package worth 3.5% of its GDP and the stimulus package of Pakistan was worth 1.5% of its GDP.

The challenge in front of the policymakers with regards to the informal sector would be to extend the coverage of social protection programmes to informal workers. While DBT is aimed at helping the ultra-poor, it often excludes these targeted stakeholders. Thus, these workers are left with limited social protection. In the short term, it is also important to restore the supply chains for food and essential services and create reliable access to markets. This would lead to the opening of some opportunities for these workers to get employed temporarily. While the quick deployment of economic support would help in the short term, for long term gains, the governments across the region need to create a national-level database of workers so as to identify and reach to those who need assistance. This would also help in real-time assessment of the impact of the economic slowdown in the extraordinary circumstances in future and ensure time-bound delivering of essentials.

The pandemic has also brought special worries for some countries of South Asia. Tourism contributes a major chunk to the economy of Maldives. While the global travel industry remains shutdown, it is one of the worst sufferers. The Maldives in 2020 is forecasted to see a contraction of 13 percent. The economies of Bhutan, Sri Lanka and Nepal also receive around 5% of their GDP from tourism and would suffer because of the shock to the sector. Recovery would be slow as travel restrictions are taken back. Safety fears and habit changes, however, will continue to be an important obstacle in the years to come. The way forward is going to be slow and the outcome may be uncertain.

In the region, remittances have been the largest source of external flow. These inflows are much larger than any foreign investment and assistance. As per the World Bank, global remittances are projected to decline sharply by about 20 percent in 2020. While the pandemic worsens and economies have restricted dealings, the people from the region working abroad will be laid off and many of them have already returned back. Oil price shocks have already impacted COVID ridden gulf economies, resulting in loss of job for many South Asians. These skilled workers returning back to their homes can be provided with seed money to start their own businesses and it would be interesting to look at how the governments go ahead with this encouragement to local entrepreneurs.

The Indian Prime Minister has vouched for self-sufficiency and ‘Atmanirbharta’. Here is what World Bank advises the governments not to do: “When global value chains are disrupted, it is understandable that countries look for production methods that are less dependent on foreign producers. However, economic security is better served by diversification than by autarky. For South Asia, it is impossible to return to a sustainable high growth path without further integrating into global markets”. India should also keep the prospects of losing its influence in South Asia to China in mind while going with any policy decision.

From the picture that unfolds, the pandemic is here to stay for some time and is going to cause long term impacts. While short term reliefs have been announced by the governments in the region, in the long term boosting liquidity to provide a lifeline to market and businesses would be crucial. High level of uncertainty in the market reduces the willingness of investors to invest. The World Bank report assessed public banks to play a major role in order to provide liquidity through loans. While public banks have past records of being inefficient and slowing down innovation, they are more inclined than private banks towards providing loans to the most vulnerable people living in remote areas who are much more likely to be impacted by the pandemic. It assesses that countercyclical lending by public banks would help in supporting economies similar to what happened in the 2008 financial crisis.

The crisis has had major impacts on the people of South Asia, especially the ones belonging to the margins of the society and might deepen the inequalities. Increasing the competition in the market through boosting liquidity and reducing inequality to reach a “just and socially sustainable growth” should be the aim of all public policies.

Figure 1. Source:- UN/DESA, based on data from MIT Observatory on Economic Complexity, available from https://atlas.media.mit. edu/en/.

4. IGC. 2020. Responding To The Impacts Of COVID-19 On Informal Workers In South Asia – IGC. [online] Available at: <https://www.theigc.org/blog/responding-to-the-impacts-of-covid-19-on-informal-workers-in-south-asia/> [Accessed 1 July 2020].