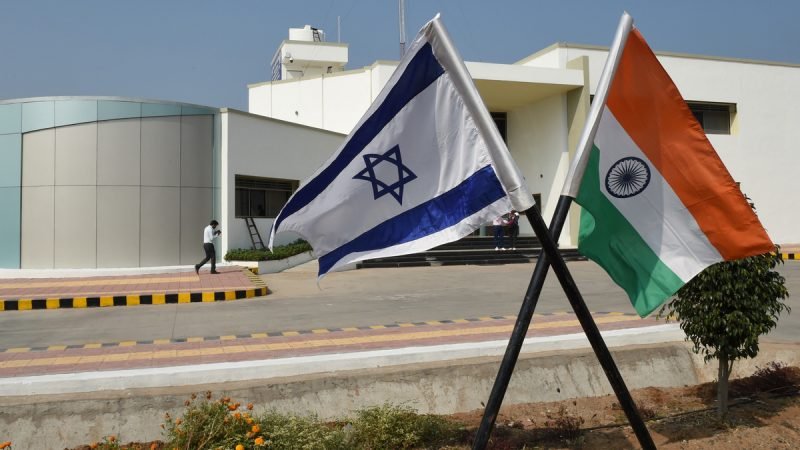 At present, Israel is probably one of the closest allies to India in the international sphere, not just in matters of bilateral trade but political ties as well. Under, current Indian Prime Minister, Narendra Modi, Indo-Israel relations have reached newer heights, and the respective Prime Ministers of both the countries, seem to have struck an excellent rapport with each other. Modi becoming the first Indian Prime Minister to visit the country in 2017 along with Benjamin Netanyahu, making a state visit to India are evidence of the improving ties between the two nations. However, India’s approach to Indo-Israel relations is different from the Middle Eastern Nations. While, India has maintained a neutral stand in the Middle East and primarily focused on foreign trade, but relations with Israel have been turbulent in the past, owing to certain political factors. This article will discuss the history of India’s relations with Israel and the 3 C’s of Indo-Israel relations; Connectivity, Community and Commerce.

The existence of relations between India can be found in ancient texts like the Old Testament, Periplus of the Erythraean Sea and even in the Hebrew Bible. It is believed that trade relations between India and Israel existed as early as 1000 BCE and once can find mentions of peacock, monkeys and animal trade between the two regions in ancient times.

The British Mandate was established in Palestine, then considered to be the home for the Jewish Community, in 1917 and ended in 1928, with the formation of Israel. India also gained independence from British rule around the same time. However, diplomatic relations were not established between the two nations until 1992, owing to a number of reasons. Post Independence, India attempted to establish cordial ties with the Arab nations, to ensure that the country’s Muslim population was not angered and also to counter the influence of Pakistan in the South Asian region. Moreover, India’s first Prime Minister, Jawaharlal Nehru’s ties with Egypt’s Gamal Abdel Nasser, also discouraged India to establish relations with the Middle East. Thirdly, India, being close to the Soviet Union, whereas, Israel being a US ally, also affected relations between the two countries. From the very beginning, India was a strong supporter of the Palestinian cause, and by 1991, a peaceful negotiation process was established involving Israel, Palestine and other Arab nations, and tensions between Israel and Egypt also eased. Moreover, India breaking free from the Soviet Bloc combined with the aforementioned factors, paved way for India to establish diplomatic relations with Israel, under P.V. Narsimha Rao.

Under the current Indian government, relations between India and Israel have reached much greater heights as compared to the previous governments. Israel is a priority for India on its foreign policy agenda, more so, because of the friendship between the two premiers, Narendra Modi and Benjamin Netanyahu. And an important outcome of the improving ties between the two nations is improved connectivity. One of the many significant MoUs signed between the two countries during the visit of Israeli Prime Minister to India in 2018, was the “Protocol between India and Israel on Amendments to the Air Transport Agreement” which aimed to improve air transport between India and Israel. Air India became the first commercial flight, to fly from India to Israel, over Saudi Arabia and Oman, and eventually, doubling its flights to Israel, in early 2020, is also evidenct of the increased connectivity. Even prior to that, Israel eased visa regulations for a certain proportion of Indian travellers, who had previously held visas to the US, Canada and Australia.

Furthermore, the education sector is also emerging as an important factor in bolstering connectivity between the two nations. With, many Israeli universities providing India-specific scholarships, many students are choosing Israel as their destination for further studies.

India and Israel have shared cultural and religious aspects, ingrained in the respective societies. Moreover, the political systems of both countries also have striking similarities. From a religious perspective, both Judaism and Hinduism are two of the oldest religions in the world. Moreover, both the countries celebrate a festival of lights, Diwali and Hanukkah, in the case of India and Israel respectively. Also, on the political front, both the nations were initially ruled by Islamic rulers, i.e. Mughals and Ottoman Turks, and post British rule, India was divided into Hindu and Muslim majority states whereas, Israel was divided into Jewish and Muslim majority regions. The important contribution of Indian soldiers in the Battle of Haifa, in 1918 is also an important event in the shared history of the two nations.

Furthermore, the migration of people also led to the creation of an Indian community in Israel and vice versa. Although Indians have started to move to Israel only in the past few decades, the arrival of Jews in India dates back to ancient times.  According to some Jewish Indian families, their ancestors migrated to India during the Kingdom of Judah, while others’ ancestors were part of the Ten Lost Tribes. Apart from this, by the 16th Century, numerous Jews also started arriving to India for commercial purposes as merchants and businessmen. These Jewish communities were welcomed in India, and with anti-Semitism being non-existent unlike other parts of the world, they culturally integrated with the Indian society. Cochin Jews, Madras Jews and the Bene Israel Jews are the main Jewish communities in India. However, after the formation of Israel, the majority of these Jews migrated back to their historical origin, and consequently, the Indian Jewish community has been reduced to a very small minority in the country. On the other hand, the migration of Indians to Israel, specifically in search of jobs or education along with members of mixed Indian-Israeli families, forms the Indian Diaspora in the comprising of approximately 85,000 people. The current Indian Prime Minister has taken significant steps for the benefit of the Indian community in Israel, for instance, the simplification of OCI applications for Israelis of Indian origin. And with the improving relations between the nations and with the greater movement of goods and people, one can also expect the growth of the Indian Diaspora in the Middle East.

Though connectivity and community are important aspects of Indo-Israel relations, but the ties between the two nations have been driven, primarily by trade and commerce. Trade between India and Israel rose from 200 million USD in 1992 to almost 5.8 Billion USD in 2018. Moreover, the trade between the countries has also diversified. Moreover, India is Israel’s tenth-largest source for imports and the seventh biggest export source. Traded commodities between the two nations include precious metals, electronic equipment, fertilizers and agricultural products, and so on. Apart from this, a major sector in which both the countries collaborate is arms trade. Since a long time, India has been one of the largest importers of arms and defence supplies. And Israel has been one of the largest sources for India’s defence imports. Even in the past, we have seen instances, where India procured military equipment from Israel. For example, Israel supplied India with M-58 mortar ammunition, during the Indo-Pakistan war of 1965. In recent years, India has been importing numerous defence equipment ranging from vessels to missiles to UAVs and so on.

India and Israel, both nations have taken significant strides to turn the respective countries into knowledge economies, and hence, have attempted to closely work together on R&D and Innovation in varied fields. Researchers and scientists from both countries in industries like Agriculture, Space technology, Arms development, et cetera. In 2008, India’s PSLV inserted the Israeli synthetic aperture radar, TecSAR, into the Earth’s Orbit. Several Memorandums of Understanding have also been signed between the two nations to facilitate research. In May 2020, India and Israel also decided to form a joint team to carry out R&D for rapid Covid19 testing. During Netanyahu’s visit, the two countries signed MoUs for cooperation and collaboration in fields of solar technology, oil and energy, cybersecurity and homoeopathic medicine. Furthermore, both countries have scaled up investments, to boost their economies. While data for India’s state investment in Israel is not available, Israel has decided to invest 68 million USD in India. Private enterprises in India, like Sun Pharma, have also put in significant investments in Israel. Hence, greater economic cooperation between the two nations is the right way forward, which will be beneficial for both the countries in the long run.

There is no denying to the fact that the coming of Narendra Modi to power in 2014 has been an essential factor in improving relations with Israel. However, the Indian government must ensure that the diplomatic ties with the Middle Eastern nation do not deteriorate as, Israel is not just an economic or cultural partner to India, but a very important strategic ally in the region. Moreover, India should continue to take its neutral stand on the Palestine and Gaza strip issue, and hence, support a peaceful resolution to the matter. Apart from this, India must increase its economic trade volume with Israel and also promote cooperation on other fronts as well, and given the similar political, religious and social structures, India can have Israel as a strong ally in the Middle East for years to come.