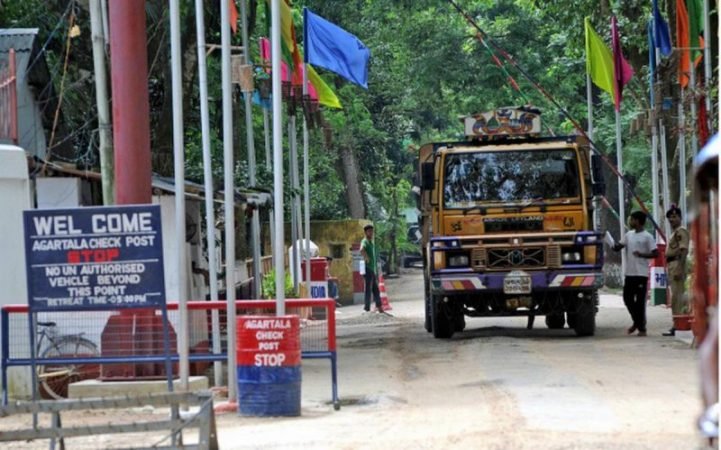 India’s intra-regional trade connectivity with South Asia, i.e. Afghanistan, Bangladesh, Bhutan, Maldives, Myanmar, Nepal, Pakistan and Sri Lanka are among the lowest in the world at 5.6 per cent (2017). The South Asia region is one of the least economically integrated regions in the world. With a brief in the wake of world war II, Europeans released that South Asia regions are no longer serve their security and economic interests. That is why they moved increasingly for long term economic integration which could help later for short- and long-term human and protective security needs.

Later, the western European region’s common economic market soon started inspiring other regions of the world to form such regional groupings as SAARC, the Association of Southeast Asian Nations, the Eurasian Economic Community (EEC), the North American Free Trade Agreement (NAFTA), the African Union (AU) and the Union of South American Nations. These regional groupings achieved their dream regional integration on a par with Europe. Due to poor trade connectivity, high logistic costs, persistent informal trade, non- tariff barriers (NTBBs), these are the main key factors of India’s low intra-regional trade with the neighbourhood. As a result, the cost of trading in South Asia remains remarkably high. India is playing a pivotal role in the region of South Asia’s economic connectivity. However, it has faced numerous hurdles –

India’s trade with its neighbouring countries arrived between 1.7 per cent and 3.8 per cent of the global trade market. India’s largest trade export countries are Bangladesh, Sri Lanka and Nepal and Myanmar. Mostly all these countries are facing trade deficit with India. The highest being Bangladesh with a deficit of US$ 7.6 billion and Nepal at US$ 6.8 billion (2018). India has facing such potential trade problems with neighbourhood after several agreements as such the SAARC Preferential Trading Arrangement (SAPTA) which was signed in 1994 and the South Asian Free Trade Area (SAFTA) agreement signed in 2004 which came into force in 2006. The South Asia region’s most significant trade problems are limited transport connectivity, huge tax and intra- trade policies, lower competitive global trade factor. And mainly India’s semi-manufactured products used to be traded for export which reflects neighbouring countries low interest for this occupation. However, India’s most significant trading key factors are mostly relying on food & agricultural, cotton sector, which reflects relatively lower-income US$ 12.87 billion (2018).

India’s neighbouring countries are more reliant upon China for their trade and economy. In 2005 the India and China were close volumes in their trading with the South Asia region. The period of the global financial crisis in 2009, China extensively focuses upon the regions of South Asia with the benefit of trade and economy. After that in 2014, China’s trade peaked a high of US$60.41 billion, besides India traded approximately one- third of the amount of US$24.70 billion. Later, in 2015 and 2016 both counties saw a decline in the trade sector. But China has extensively emphasized upon Bangladesh, Pakistan, Afghanistan, Nepal, Bhutan, Myanmar, and Sri Lanka which built regional and bilateral FTAs with the neighbourhood. In the other hand, India has its security problems with countries like Pakistan, which effects upon the south Asia regions trade policies. Whereas this gap credited to the China- Pakistan Free Trade Agreement (CPFTA) signed in 2006, which increased trade and export among both countries. China transactions with one of the largest global goods and products trade markets which relinquishes the region of South Asia. But India has its limited trade policies for intraregional trade factor along with that India has lacking behind to play a pivotal role in the region of South Asia.

The South Asia regions economic integration will be more prevailing in the next five years. Here are three areas where the biggest gains can be made – ‘energy sector’ is one the biggest potential area for upcoming years. India and other neighbouring countries can sell their hydropower resources among with them. Then it reduces the energy shortage problems, which is a key factor for global goods and trade in 2020. Geographically the South Asia regions, one country have energy resources surplus when others have a shortage. But developing this potential is only profitable if surplus energy can be sold across the border. So far only 20 per cent of the region’s hydropower financed with other countries. For instance, India- Bangladesh power-sharing project and many others have also planned. A second major area is ‘trade and economy’. The South Asia region’s intra- trade areas are suffering due to high logistic costs and trade barriers. If India will remove trade barriers and tax tariffs with its neighbouring countries then the South Asia region will also increase US$28 billion to US$100 billion in the next five years. The people from this region will be benefited more along with other cultural ties of the neighbourhood. A third-biggest potential area in the next five years is cooperating over ‘shared waterways. The South Asia region has the world’s longest and largest river ways like the Brahmaputra, the Ganges, the Indus and the Sundarbans delta as well. The World Bank Group has supported efforts to improve the base of knowledge and institutional capacity for better management of shared rivers, including for the protection of wildlife sanctuary. Governments from neighbouring countries have put forward to implement policies and regulations to promote the water sharing integrations also civil societies, people, private sector’s and consumers also put ahead to play an important role.

Additionally, neighbouring countries must take a step towards the removal of para- tariffs and NTBs. Which are also imposed on imports by states and especially for those who are not a part of SAFTA or any other regional groupings. Moreover, NTBs such as import policy barriers, anti-dumping measures, testing and certification requirements, export subsidies, and governmental participation have all curtailed the potential of intraregional connectivity. India should focus upon SAFTA and other trade agreements like the South Asian Economic Union, which is no longer playing any significant role for India. Along with that India- Sri Lanka trade agreements CEPA which is no longer makes any critical role. So, India redoubled its trade agreements along with to build a stronger strategic status in the region of South Asia and global trade.