Europe Cultural Diplomacy and its engagement across the world 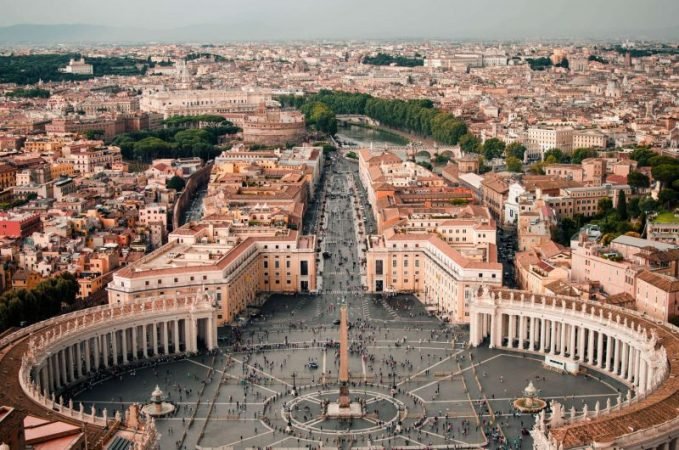 The portrayal of Europe we have concocted today depends much upon the historical foundation. Before venturing into the Cultural Diplomacy and how it has evolved over the centuries in Europe we need to craft a fundamental conception of what does the terminology “Culture” and “Diplomacy” signifies and how it’s connotation has been altering with the context. Culture as widely perceived can be interpreted as the wide-set of values, beliefs, traditions, practices, art, music, literature, and diversified forms of intangible heritage which although distinctive in style, collectively nurtured by the people living in a particular geographical space and time. Diplomacy, on the other hand, deals with the skill set of bolstering the cordial relationship with various countries and simultaneously commencing the dialogue at the multilateral fora for sustainable ties.  Cultural Diplomacy concurrently delivers a forum for the exchange of ideas, beliefs, traditions, and culture amongst varied nations. For retaining the warm and smoothing ties between regions the soft power reaches into the power play as it connects the resemblances in this globalised world order.

Absolutism in Europe provided survival to the diplomacy in the 16th century and since then it has evolved and unfolded itself in myriad patterns. Europe has provided the land for diverse cultures to germinate and flourish. With the turn of the 18th century, we can delineate how some countries in Europe were immersed in the battle towards becoming the hegemonic power and started colonising the world. This definably had impacts on the colonised world as it led to the transfer of ideas and culture from the colonisers to the colony. The colonies looked up to the Europeans for the enlightened notions they upheld and began imitating them in their everyday existence. Stereotypes like primitivism and barbarism were affixed to the other world cultures which were existing at that time as Europeans considered those cultures Inferior to the one they idolized. The Europeans succeeded in inaugurating their culture in various part of the world for their own self-interest but unhurriedly the world strode on the identical cords where the “English Culture” associated with the superiors.

In the late 20th century the power changed direction from Europe. Europe henceforth started looking inwardly to cultivate the mutual understanding amongst the diverse nations within the mainland. European Union came into existence to promote regional integrity and to stand united in the transforming world. Global Politics of 21st century is multi-faceted and opportunist. In this chameleonic world, it is climactic to promote dialogue and negotiation amongst the countries. Culture, therefore, is going to be climacteric in fostering mutual cooperation and consensus.

European Union aforementioned in the Treaty of Functioning that all the flowering cultures of diverse nation-states in Europe will be honoured and nurtured. Unity in diversity is the objective that the EU is functioning upon. This unity will enable the nations to unite on multiple matters and ensure harmony and cooperative partnership. Opening up of borders will not only boost the economic growth of the individual nation but will also perpetuate the flow of ideas, traditions, beliefs, and culture. The cultural diplomats engage in developing an arena where they can create sensibility for their own culture and simultaneously bring into the vanguard the common cultural heritage to improve the understanding among the nations. As Europe stood off facing assorted crises encompassing the economic, financial, immigration, Brexit, and now the pandemic it has kept the cultural ties intact and progressed towards a pathway of amicable growth. The time will arrive when this utopian idea of a unanimous agreement will be a realistic dream to live if the EU functions in a receptive manner.

Intercultural dialogues are expanded through the exchange programs, theatre and art performances, novel literature,  talented artists, and merrymaking of cultural heritage. The European nations after consolidating their positions internally might not necessarily deal collaboratively with the rest of the world. European nations can act individually to bolster their ties with particular countries through mutual cultural linkages.

European Union National Institute for Culture (EUNIC) was founded in 2006  intending for allocation of consolidated funds to support the cultural heritage and other artistic activities. EUNIC is widely revered today for cultivating mutual cooperation and understanding towards sustainable living. As we live amidst the pandemic the member nations of EUNIC are unfailingly striving to bring out the requirement of cultural ties in withstanding the crisis-prone situation. Culture has been side-lined as something requiring feeble notoriety when everyone’s utmost priority is to combat the aftermaths of the deadliest virus. However, EUNIC again surfaces up with the distinct planning on how culture Can be utilized as equipment to bind the nations, foster mutual understanding, and eventually planning on how to resolve the crisis which has befallen upon them. The artistic activities not only enriches the know-how but also augments the sensitivity towards other cultures. In this juncture when everyone is struggling to survive within the four walls, the digital world has come to resort as it enables to not only generate an income for the artists across the world but also give a soothing pleasure to the consumers of art. EUNIC is certainly an asset in the contemporary world full of chaos and uncertainty as it binds humanity towards establishing peace.

Europe and its cultural diplomacy give birth to the globalisation of culture and the interconnectedness of the globe. Europe has been trying to successfully establish intercultural dialogues both inwardly (within the European nations) and outwardly (outside the European continent). However, what remains substantial is that even though countries try to explore the culture of different landmass they should not strive to sail in the boat of cut-throat competition to make one culture dominant over the others. Hegemonisation of the one culture carries the ability to erupt the dangers in the world order and is, therefore, necessary to develop the respect for various indigenous and native cultures.  Europe’s cultural diplomacy of the 21st century should not be established on the strands of “What it showcases” rather than it should be expanded on “How it performs” so as to bring the eclectic standpoints concurrently on the table for effective, prosperous, peaceful, and exemplary functioning in the world.