Can India become a $5 Trillion Dollar Economy by 2024? 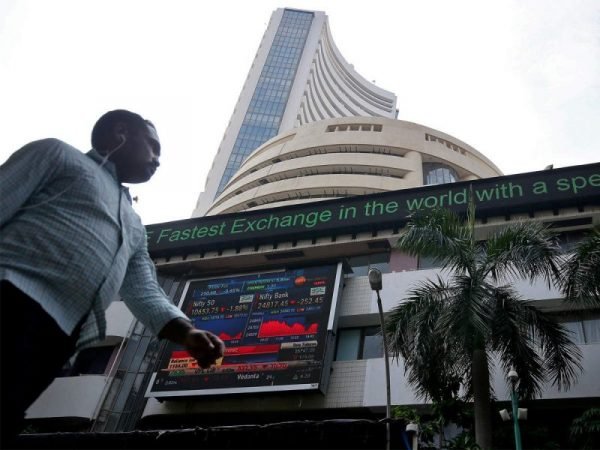 Prime Minister Narendra Modi called for making India a five trillion-dollar economy by 2024, soon after he resumed his second term in May 2019. He believes that his government “will lay the foundation for this in the next five years (2019-2024)” and that it is his dream to see India as a developed country by 2047, the 100th year of its Independence. Finance minister, Nirmala Sitharaman also backed his ambition, by stating that the government’s aim is to make India economically strong as well as free it from the shackles of poverty. This was looking an achievable dream after India was positioned at the third place amongst the largest economies of the world. However, the flip side is, what would be the status of the Indian society considering some of the significant problems that it faces are beyond economics and range from increasing income inequality, agricultural distress, high unemployment rate, low human development record, degrading financial systems, declining environment, low manufacturing and communal strife. The critical question is, what will be the quality of life and how would that be different for some when India becomes an economic giant?

While an increase in GDP does signify economic growth, it is not the sole indicator to measure success in development. For India to become a $5 Trillion economy, Amitabh Kant, CEO, Niti Aayog, says that “the economy needs to grow (at) 8%-plus year after year, nearly double from its current $2.9 trillion”. However, there have been some concerns about how viable it is considering RBI slashed its own growth forecast to 5 per cent or less from an earlier 6.1 percent.

The way forward for India

India’s growth pattern is skewed with benefits being distributed disproportionately among the population. Oxfam reports suggest that during last year, “wealth of top 1% in India increased by 39% whereas the wealth of the bottom 50% increased at a dismal 3%”. Many experts have raised the serious concerns surrounding rising inequalities in India at a much faster and an unexpected rate. “The top one per cent of the richest individuals in India appropriated six per cent of total income in the early 1980s, and now, this figure has gone up to twenty-two per cent” as reported by Oxfam. This suggests that the poorest and the most marginalised communities are still unable to achieve the benefits of development initiatives. This is in turn, has also triggered the levels of poverty. The Multidimensional Poverty Index (MPI), developed by the Oxford Poverty & Human Development Initiative (OPHI) and UNDP, is used to “identify how people are being left behind across three key dimensions of health, education and living standards, and 10 indicators – nutrition, child mortality, years of schooling, school attendance, sanitation, cooking fuel, drinking water, electricity, housing and assets”. According to its report, “India has the highest multidimensional poverty after Afghanistan in South Asia”. The report claims that “there are more multidimensional poor people (421 million) in the eight poorest Indian states (Bihar, Chhattisgarh, Jharkhand, Madhya Pradesh, Orissa, Rajasthan, Uttar Pradesh, and West Bengal than in 26 poorest African nations combined (410 M)”. As India is on the path of urbanisation, a key feature is modern, slum-free cities, however, considering most big cities house huge slum clusters, it is necessary for the government’s affordable housing scheme to take off and reduce the pressure on its urban infrastructure. Another parameter for improvement is the health and education sector. Most importantly, there is a need for more government spending in these areas. From a minuscule 2 percent and 4.6 percent respectively, it must increase to a significant amount to create a difference. India must also dispel the impression of becoming a majoritarian state. Another major problem that the country faces is of water pollution and of solid waste disposal as it generates close to 1.5 lakh metric tons, with 80 percent of it untreated and remaining exposed.

Apart from these internal challenges, COVID- 19 has also made it worse for India. India underwent one of the strictest lockdowns around the world, in late March, with virtually all non- essential services shutting down. Now the catch is that India’s economy largely comprises of the informal sector, which contributes more than half of its GDP; and the sector is hardly covered in the government’s schemes. These people such as rickshaw drivers, tailors, day labourers and so on were severely hit due to the lockdown. Measuring the impact on informal sector is a bit tricky; however, some reports by researchers at the Azim Premji University claim that the pandemic has caused a major crisis for self- employed, casual and regular wage- earners across 12 states of India by a reportedly a 64 per cent drop in the earnings. Another study by the Centre for Economic Performance at the LSE surveyed urban workers and stated that the earnings fell by 48 percent in April and May compared to January and February. Even the Centre for Monitoring Indian Economy (CMIE) released a report which produced a dismal account of India’s unemployment rate, which is at a three- year high of 8.4 per cent. The Indian economy contracted by a massive 23.9 percent in the second quarter. India’s decline was also the worst among the world’s top economies, with the U.S. economy shrinking at a 9.5 percent rate in the same quarter and Japan at 7.6 percent. Economists even claim that the extent of the damage is far more than what is portrayed in the numbers. Investment plummeted by 47% in the quarter, while consumer spending fell by almost 27%. Government spending grew by 16% but that is not enough to overcome the damage, the pandemic has ravaged on the economy. When the lockdown was lifted, there was some activity; however, the increase in the number of cases and the spread from cities to rural areas and hot spots of megacities is bound to make things worse and cause hindrance in India’s road to recovery.

The goal of making India a USD 5 trillion economy by 2024 is difficult but not impossible. What India should be doing?

One way of achieving the target is by increasing the productivity of labour or investing in human capital. India must address the root causes of poverty inequality and work towards achieving basic human rights for all. Power is culminated in the hands of a few- privileged and leads to disproportionate benefit- sharing of resources. It leads to a skewed society, which hosts the possibility of leading to conflicts and disturbing social cohesion and stability. In any case, rather than having an ambition of $5 trillion economy (which seems impossible as of 2024), it is important to build back the economy and take it out from the situation that it is in. The years, post-pandemic, must be focused on the creation of better provisions of public goods and services like health, education etc. A critical step in this direction could be the example of the New Education Policy. Amartya Sen says that during the lockdown we could emerge as a better society post-pandemic if we believe in an equitable distribution of the fruits of development, as quoted by The Financial Times. He quotes the example of how life expectancy at birth in England and Wales increased during the war decades and how the concept of a “welfare state” emerged which stresses on paying greater attention to the disadvantaged and marginalized population. After all, social stability is also necessary for economic development.