Durand Line and its implication on Pashtuns 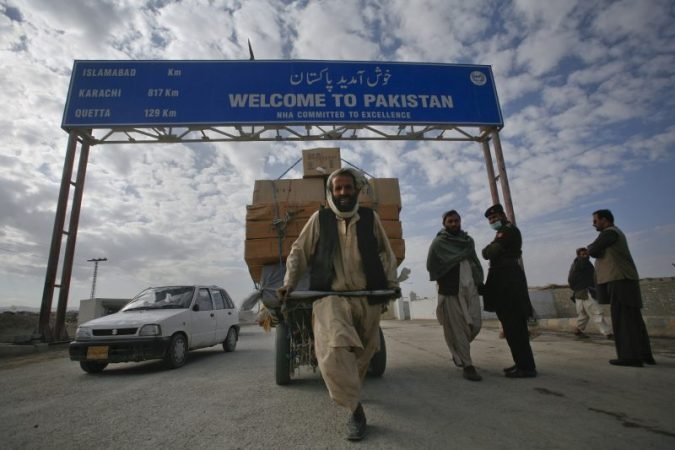 The end of the eighteenth century saw threats of a possible Russian invasion hovering over the ‘Jewel of the British Empire’.  Britishers with an aim to protect India’s borders launched pre-emptive attacks in their bordering regions and tried to consolidate more territories into the empire. By 1850, Britishers got full control over Punjab and Sindh. In a series of attempts, they also tried to gain control over Afghanistan but miserably failed. Finally, they gave up the idea of annexing Afghanistan and instead thought of turning Afghanistan into a buffer zone to deter the Russian threat. This led to the signing of Treaty of Gandamak in 1879 which led to the establishment of British control over Afghan Foreign Policy decision making in exchange of granting a subsidy to the Amir of Afghanistan and his future heirs.

In 1893, a landmark agreement was signed between the Amir of Afghanistan, Abdur Rahman Khan and Sir Henry Mortimer Duran, the representative of British India which popularly came to be known as the Durand Line Agreement. This agreement provided sovereign authority to British India in Swat, Bajaur, Chitral, Chageh, Buner, Dir, Kurram, part of Waziristan, Chagai and the Khyber Pass that were predominantly Pashtun dominated provinces. Thus, it had split the Pashtuns of the subcontinent into two different countries. The Amir was deliberately allowed to keep the Wakhan Corridor which would act as a buffer between the Britishers and Russians. In return, British India increased the amount given to Amir as subsidy and promised to respect his sovereignty over the western side of the Durand line.

But the agreement did no good to the region and its people. The unclear demarcation of areas in some of the tribal provinces led to a series of revolts against the Britishers which had taken a huge toll on the British treasury. Britishers were thus quick enough to give autonomy to the tribal provinces as their ultimate motive was not to impose their rules and regulations on these provinces but to ensure a safe passage for trade and to provide easy access to the British army in Northern areas in case of an attack from a foreign power. In 1901 Lord Curzon was appointed as Viceroy of British India. He came up with the idea of British India having a three-fold frontier system in which the directly controlled provinces such as Hazara, Peshawar, Bannu, Kohat and Dera Ismail Khan formed the first frontier, the autonomous tribal provinces such as Khyber, Kurram, North and South Waziristan and Malakand formed the second frontier and the Afghan buffer state formed the third frontier. The region was largely at peace thereafter since there was no as such serious revolts against the Britishers until 1919 with by and large acceptance of the Durand line by the Afghan rulers.

Habibullah Khan, the ruler of Afghanistan who maintained a pro-British stance throughout the world war which was in contrast with the public sentiment of having sympathy towards their Muslim brothers in the Ottoman Empire was assassinated in the year 1919. His son, Amanullah after ascending to the throne waged a war against the Britishers which came to be referred as the Third Anglo-Afghan War. Britishers who were largely exhausted after fighting a world war recognized the Independence of Afghanistan and signed the Treaty of Peace in Rawalpindi in the year 1919 which finally gave Afghans a free hand to conduct their foreign affairs. It though took everyone by surprise as Amanulaah didn’t negotiate with the Britishers of redrawing the borders and readily accepted the Durand line.

With the Indian freedom struggle gaining momentum in the 1920s, Abdul Ghaffar Khan led the Khudai Khidmatgar movement with an aim to unite the Pashtuns of British India to fight collectively against the colonial rule. After the arrest of Bacha Khan in 1929, the movement formally aligned itself with Congress. Due to the continuous efforts made by Bacha Khan, Congress was able to win 17 seats out of 50 in the 1937 Provincial elections and 30 out of 50 in the 1946 elections in the Pashtun dominated erstwhile North-West Frontier Province. But soon there was a complete turnaround in the sequence of events with Muslim league gaining support in the region by exaggerating news of Hindu atrocities in other parts of India and the idea of ‘No Hindu Raj’ and ‘Muslim unity’ becoming popular. Following the elections in 1946, a referendum was conducted in NWFP where people were given a choice of either joining India or Pakistan.  Many were dubious with the way referendum was being conducted which didn’t include the States of Swat, Dir, Amb, Chitral and other tribal areas with only 7 percent of people in Peshawar Valley, Kohat and Dera Ismail Khan coming out to vote. The referendum also didn’t give a choice to the people of NWFP to stay independent. Bacha Khan, who boycotted the referendum, called for the establishment of a homeland for the Pashtuns of British India. He was among the first ones to realize that it was part of a British plan to make bordering tribal areas a base to counter the Soviets which later proved to be correct in the Afghan Jihad against Soviet invasion.

Post-withdrawal of the Britsh from India, the state of Afghanistan has always challenged the legitimacy of the Durand line. In fact, Afghanistan was the only country to oppose Pakistan’s membership in the United Nations for not giving the people of NWFP a choice whether to stay independent or to join Pakistan.  Afghan Parliament openly declared in 1949 that it did not recognize the Durand line. Following this, the Afghan media started provoking the Pashtuns in the tribal area to revolt against Pakistani government and fight for their rights. This instigated some Afridis at Tirah to issue a declaration of Independence which was hailed by the people of Afghanistan to which the Liaqat Ali government in Pakistan provided a stern response by categorically rejecting their demands.  The matters became worse for Pakistan when Soviet Russia came out in open support of Afghanistan’s demand of Pakhtoonistan which was seen as a response to Pakistan’s decision to join CENTO. In 1960, the military dictator of Pakistan, President Ayub Khan heavily criticized the Afghan Government of being hostile in nature from the very first day. He accused Afghan government of having an ambition of expansionism and rejected their claims over Pashtun areas in Pakistan as baseless. Though there were continuous efforts done by various leaders of Pakistan who succeeded Ayub Khan to improve relationship with Afghanistan but the latter never abandoned its demand for an independent Pakhtoonistan. Some might argue that the demand for having a separate homeland for Pakistani Pashtuns was an Afghan attempt to gain access to the sea.

Pakistan supported the ‘Afghan Jihad’ against the Soviet invasion in Afghanistan. Apart from the pressure from the United States, Pakistan saw this as a perfect opportunity to install its puppet government which will help in resolving the Durand line dispute. Pakistan sought to use Pashtun dominated Federally Administered Tribal Areas (FATA) to train Afghan Mujhadeens and took advantage of the porous borders it shared with Afghanistan to infiltrate them. But it came as a shock to Pakistan when Burhanuddin Rabbani and Ahmad Shah Massoud who were backed by Pakistan’s ISI to install an Islamic state in Kabul refused to accept Durand line as international border.  A disappointed Pakistan shifted its support to Taliban. By 1996 Taliban was able to control majority areas of Afghanistan. Pakistan was once again backstabbed when Taliban too refused to negotiate on matters of Durand line.

Following the 9/11 attacks, Pakistan reluctantly joined hands with the United States in their war against terror in Afghanistan. Under pressure from the United States, Pakistan got itself engaged in a serious confrontation with the terrorists whom they had harboured earlier and provided safe havens in FATA. The Pashtuns living in the FATA region bore the brunt of the counter-terror operations. Innocent Pashtuns over the years have been picked up, jailed, tortured and killed by the Pakistani forces over suspicion of the former helping the terrorists. The land mines and the leftover Improvised Explosive Devices (IEDs) has killed hundreds of Pashtuns in tribal areas. It is to fight this very injustice done against innocent Pashtuns in Pakistan that Pashtun Tahffuz Movement came into existence.

Pashtun Tahffuz Movement, earlier known as Mehsud Tahffuz Movement came into existence in the year 2014. PTM rose to prominence at the national stage when a young Pashtun named Naqeebullah Mehsud was extra-judicially murdered on charges of being involved in terrorist activities.  Since then leaders of PTM and Pakistan Army have been at loggerheads.  PTM is one of the few organizations in Pakistan that fearlessly raises its voice against the misdeeds of the Pakistan Army. They accuse Pakistan army of having a nexus with the Terrorist organizations by raising slogans such as “Yeh jo dehshatgardi hai, iske peeche wardi hai (The ones responsible for terrorism are the ones in uniform  There have been frequent arrests of PTM leaders on charges of making Anti-Pakistan speeches and inciting innocent people to revolt against the state. The present Imran Khan government is no different than its predecessor governments when it comes to hearing of Pashtun grievances.

Afghanistan to till this very day does not recognize the Durand line being the international border between Afghanistan and Pakistan. The dispute over the Durand line remains unresolved. It is disheartening to see that because of the colonial powers in the past and Governments of Pakistan and Afghanistan in present that a vibrant community like Pashtuns has to suffer so much. Although one must never forget the significance of Badal(revenge) in Pashtun culture. The revenge-seeking nature of the Pashtun community prompted Alexander, the great to say the following in the fourth century BC;

“May God keep you away from the venom of the cobra, the teeth of the tiger, and the revenge of the Afghans.”