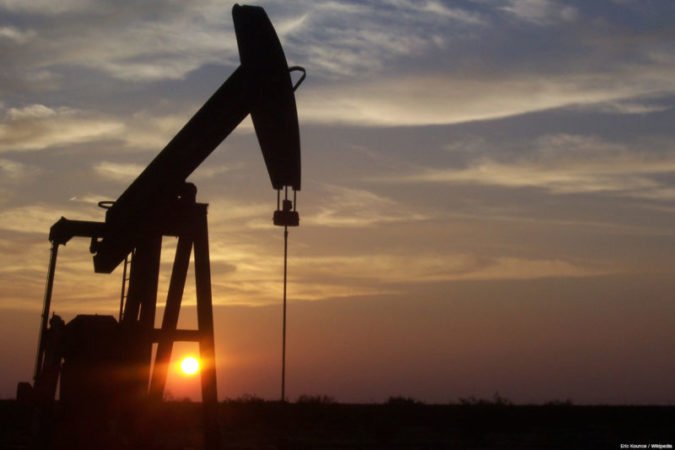 India is one of the biggest energy-consuming countries in the world. To put this into perspective, India’s energy consumption stands at approximately, 1.5 billion kWh/Year. Only the United States, China and Russia have higher electricity consumption than India.

Observing recent trends, we can say that with the rapidly increasing population, it is an utmost necessity for India to devise an efficient and sustainable energy security policy. India has been largely dependent on imports of energy resources in the past and the over the years, these imports have also increased. However, keeping in mind the environmental consequences of using the conventional sources of energy, paired with market factors like growing demand, geopolitical factors affecting the imports of oil and other resources for energy generation, the imminent need for an energy security policy cannot be undermined.

In this article we will discuss India’s energy needs and how it has changed over the years, how the Middle East plays an important role in India’s energy policy and more importantly, we will talk about how the current Covid19 pandemic will bring about altercations in the global energy market. But at the very onset, we must understand what we mean by an Energy Security Policy.

Energy Security has been defined by the United Nations, as “the continuous availability of energy in varied forms, in sufficient quantities, and at affordable prices.” This primarily implies that there is continuous production, import and consumption of commercial energy fuels, like coal, crude oil, natural gas, hydro and nuclear power so as to prevent any disruptions in energy supply. And, the primary factor which determines energy security is resource availability and this is the very reason why an Energy Security Policy is necessary.

Although coal has been the single largest energy source, India also relies on oil imports to a large extent for energy generation. More than 30% of India’s energy needs are met by oil.

Studies have shown that India’s energy needs have doubled since 1990 and with the insufficiency of domestic resources to meet India’s energy consumption needs in the future, it is compelled to import energy from abroad, especially crude oil and natural gas from the Middle east.

It is estimated that by 2032, almost 91% of India’s energy needs will be imported. Indian Prime Minister Narendra Modi said in 2015, that we import 77% in our energy sector, in the oil, gas and petroleum sector and also spoke about reducing India’s dependence on imports by at least 10% by 2022. However, the energy sector’s dependence on oil imports has been on the rise. From 78.3% dependence in FY15, the dependence of oil imports has increased to 83.8% in FY19. Hence, this gives us a clear picture, that self-sustainability in the energy sector is a farfetched dream, and as of now the Indian government should formulate policies so as to ensure a steady and undisrupted supply of resources for the energy sector and at the same time ensure that the cost is minimized.

As of 2018, India was the third-largest importer of crude oil. Out of $120 billion, of total oil imported into India, almost $75 billion worth of imports is from the Middle East, specifically Iraq, Iran and the Gulf Cooperation Council member states. Although conventionally, India’s energy sector has been dependent on coal, which is available domestically but with rapidly growing populations and fast developing economy, along with environmental concerns, it is important that India develops a strong energy security policy with respect to the Middle East. The United States imposing sanctions on Iran has had a ripple effect on India’s imports from the country as well. However, with improved relations with countries like Saudi Arabia and UAE, India must try to increase its imports from the GCC member states.  The bilateral trade between India and the GCC is estimated at almost $100 billion. With United State’s expanding domestic oil industry and reduced influence in the Middle East, the GCC sees India as an important trade as well as a strategic partner. The relations between India and the GCC extend beyond Economics. The GCC members, especially Saudi Arabia banks on India’s support to counter the influence of Iran in the geopolitical conflicts in the region. India is not only an important prospective energy market but also a country which provides strategic alliances to Saudi Arabia and other GCC member nations. Hence, India must devise its foreign policy in a manner that it can improve ties with the GCC, which will enable it to gain geopolitical influence in the region, and secure prolonged energy supply from the region.

However, the long term goal remains to reduce dependence on imports and increase domestic production of energy. This makes it necessary that India’s Energy security policy comprises of initiatives which aim to bring about a change to renewable forms of energy. India is the world’s third-largest contributor to carbon emissions. For instance, India has 21 of the 30 cities in the world with the worst Air Quality Index (AQI). And this increase in pollution has been attributed to the extensive use of fossil fuels, especially coal in the energy sector. In recent times, India has taken considerable steps forward in promoting renewable energy. As of 31st March 2020, 35.86% of India’s installed electricity generational capacity is based on renewable sources. India has also actively participated in global environmental summits, for instance, India has committed to achieving 40% of its total energy generation from non-fossil-fuel sources, by 2030. It can be said that India’s initiatives in this regard have been beneficial not only from an environmental perspective but also in terms of economic growth. The Indian renewable energy sector received $9.1 billion of FDI inflows between April 2000 and December 2019. There have been new investments in clean energy in India amounting to $11.1 billion until 2018. Hence, we may conclude that India is on the right path towards adapting to renewable sources of energy. However, out of the total energy consumption, a very small amount is from renewable sources, or even non-fossil fuel sources. Therefore, the government should also take steps to ensure a significant reduction in the use of coal and other fossil fuels in the energy sector. Furthermore, the questions of the economic viability of clean energy sources for a country like India with a population of 1.4 Bn., still remains.

A very important fact that needs to be highlighted at this point is the impact of the current pandemic situation on the global energy markets. Covid19 crisis has brought global supply chains to a standstill. It is very hard to predict, what the post-pandemic world has in store for us. However, one of the most significant claims that have been made by The International Energy Agency (IEA) is that the current crisis will lead to a sharp plunge in the demand for fossil fuels across the world.

As per a recent IEA press release, the current crisis is the biggest shock to the global energy system. IEA’s executive director, Fatih Birol said: “The plunge in demand for nearly all major fuels is staggering, especially for coal, oil and gas. Only renewable are holding up during the previously unheard of a slump in electricity use.” The IEA studies 100 days of real data, to come at this conclusion. IEA’s report, the Global Energy Review projects that there would be a fall in energy demand by 6% in 2020. To get a better idea, it would be 7 times the fall in energy demand post-2008 financial crisis. The lockdowns imposed in different parts of the world have resulted in a significant decrease in electricity usage (Almost 20% in areas with complete lockdown) and also there has been a shift to renewable sources like hydro, solar, wind and nuclear energy. Although the IEA has not specified any well-defined reason behind this drastic change, in my opinion, the fact that the use of fossils fuels is mainly dependent on imports for most of the countries, whereas on the contrary, renewable energy can be produced domestically with greater efficiency, is a key factor to this altering of the global energy market. Hence, with the global economy in recession and the entire world sceptical about the post Covid19 era, it remains to be seen what changes will emerge in the global economy, and how it will affect not only India’s energy sector but the country’s economic system as a whole.