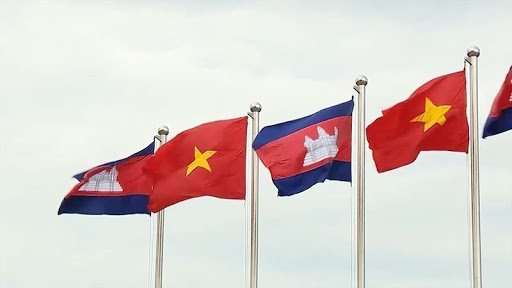 Regardless of their political systems, all countries of the world must ensure the renewal of their leadership teams to be able to progress. This is the only way to bring in new blood and fresh ideas.

To cling on to power as Cambodian Prime Minister Hun Sen has done for 35 years does the country the worst possible service. The increasingly miserable standard of living of Cambodians bears testimony to this.

I have already suggested that all Cambodian political leaders retire at 70 at the latest. I now ask all Cambodians to look without prejudice at the example of Vietnam, our eastern neighbour with which we must forever live in peace and understanding.

No country has suffered from the war as much as Vietnam. But over the last 40 years, the country has risen from the ruins of war to achieve spectacular development.

Before the ravages of war in the twentieth century, Cambodia and Vietnam were at basically the same level of development, or rather of poverty. Our country is now far behind Vietnam in terms of living standards, infrastructure and public services.

Whatever type of political system is in place, economic and social development depends above all on the quality of leadership and its capacity for self-renewal.

The interminable rule of one man or one family can only lead a country into ruin, as is the case for Cambodia and North Korea. Cambodia would do well to learn from the example of Vietnam, where top leadership positions are renewed every five years, where no-one can try to stay in power for their whole life, or designate one of their children as successor.

In Vietnam, there is a real political will to fight against corruption, while in Cambodia, corruption has been turned into a system of government under the rule of Hun Sen. This has led to the ruin of our country and the misery of our people.

The Vietnamese Communist Party is preparing its 13th National Congress for January 2021. The current leadership will be mostly replaced with the retirements of the party president and secretary-general, the prime minister, the president of the national assembly, the ministers of defence, the interior, foreign affairs, and finance, given the country’s age limit on the leadership of 65.

If they were in Vietnam, the most powerful Cambodian leaders would have long since retired. Prime Minister Hun Sen is 68 and Heng Samrin, president of the national assembly, is 86. The president of the Senate Say Chhum is 75. Deputy Prime Minister and also Interior Minister Sar Kheng is 69. Hun Sen, Heng Samrin, Say Chhum and Sar Kheng are also respectively president, honorary president and vice presidents of the ruling Cambodian People’s Party (CPP), which controls 100 percent of the seats at the national assembly. These four leaders are definitely Cambodia’s most powerful men. My reasonable proposal for retirement at 70 would create the prospect of real change within the next two years.

The countries of our region have everything to gain by learning from each other. By following Vietnam’s example, Cambodia can end the logjam which has been blocking the emergence of new talent, and give younger generations the opportunity to gain leadership experience and usher in a period of change.