Time for China and the WHO to Fess Up 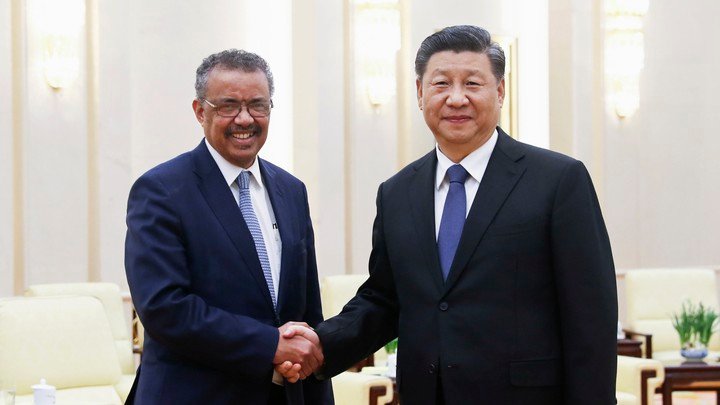 The Australian government’s proposal for an independent international enquiry on the COVID 19 crisis is a much-needed constructive initiative.

The COVID 19 crisis is the greatest disaster and blunder the world has seen since the Second World War.

It is therefore high time for China and the World Health Organization (WHO) to fess up, to be transparent and to ensure that it does not happen again.

The Australian government’s proposal for an independent international enquiry on the origin and handling of the COVID 19 crisis, including the role of the WHO, is a much-needed constructive initiative.

The COVID 19 crisis has highlighted the bankruptcy of China’s authoritarian governance which not only greatly facilitates cover-ups and fake narratives, but in that process evidently puts the health of the world’s population at risk.

China’s management of COVID 19 started with a domestic coverup and manipulation of the WHO.

For example, China refused the visit of WHO experts until WHO Director-General Tedros Adhanom met with President Xi Jinping at the end of January, even though the virus was already spinning out of control.

China then progressed very quickly to bumbling attempts at touting the superiority of its authoritarian system.

Some of those attempts at soft power have flopped as China has sold masks and COVID 19 test kits of poor quality, reinforcing an old stereotype China has laboured hard to shed.

Few advanced countries have fallen for Chinese soft power diplomacy. U.S. President Donald Trump has said that China should be punished if it was “knowingly responsible” for the COVID 19 crisis.

British Foreign Secretary Dominic Raab, deputizing for Prime Minister Boris Johnson, said China will have to answer hard questions on how the coronavirus outbreak happened and on whether it could have been prevented.

French President Emmanuel Macron told the Financial Times it would be “naive” to think China had handled the pandemic well, adding: “There are clearly things that have happened that we don’t know about.”

Poorer countries which depend on Chinese largesse may, however, find themselves more beholden to China, as Beijing seeks to create some strategic advantage from the COVID 19 disaster.

The WHO has not crowned itself in glory either. The COVID 19 episode stands in sharp contrast to the WHO’s good work on other pandemics like Ebola, and also in the Pacific.

Of course, like all international organizations, the WHO is vulnerable to pressure from member countries.

But to preserve its credibility, any international organization must stand up unfailingly to protect its core mandate. Its entire credibility rests upon it. In this case, the WHO has been unacceptably subservient to China.

In January and most of February, the WHO wasted precious time as it parroted lines from Beijing. Indeed, the Australian government felt so moved that on February 1, 2020, it defied WHO advice as it implemented a ban on travellers from China.

Two days later, WHO Director-General Tedros Adhanom Ghebreyesus hit out at Australia for the travel restrictions it had issued.

That is not the action of a top manager of global health. That is clearly a case of doing a specific nation’s business. Health managers have a clear responsibility to act upon the precautionary principle.

Perhaps the most egregious of the WHO’s anomalies is the exclusion, because of Chinese political pressure, of Taiwan from the WHO.

Especially because Taiwan has been one of the world’s most successful countries in managing the COVID 19 crisis, its exclusion is unacceptable.

Donald Trump vs. the WHO

U.S. President Donald Trump provoked a storm of criticism when he recently announced that U.S. funding for the WHO would be put on hold for 60 to 90 days, pending a review of the WHO’s warnings about the coronavirus and China.

While Trump has every reason to question the WHO, his venom towards the organization is widely considered to be a Trumpian ploy to divert attention from his own incompetence.

The reality is that the WHO, warts and all, is a very necessary international organization. It has done much good work in the past. If anything, looking ahead its role needs to be strengthened.

What if the U.S. leaves the WHO?

If the United States were to withdraw from the WHO, that would make the current WHO governance problem only that much worse. It would leave a big gap which China could fill.

That would provide it with yet more space to make the management of global health subject to the ideological whims of the Chinese Communist Party.

And Mr Trump, true to fashion, would have scored yet another own goal, even though his sense that something untoward happened at the WHO is right on target.

That is why the suggestion by the Australian government for an independent international enquiry on the origin and handling of the COVID 19 crisis, including the role of the WHO, is clearly the best way forward.

In today’s world, we need middle powers like Australia to step up to the plate and inject some good sense into the international system.

In the meantime, the WHO Director-General would do the organization a favour by resigning immediately from his position and allowing a more credible figure to take over.

This article was originally written for The Globalist