Trump’s Middle East plan: What does America stand for? 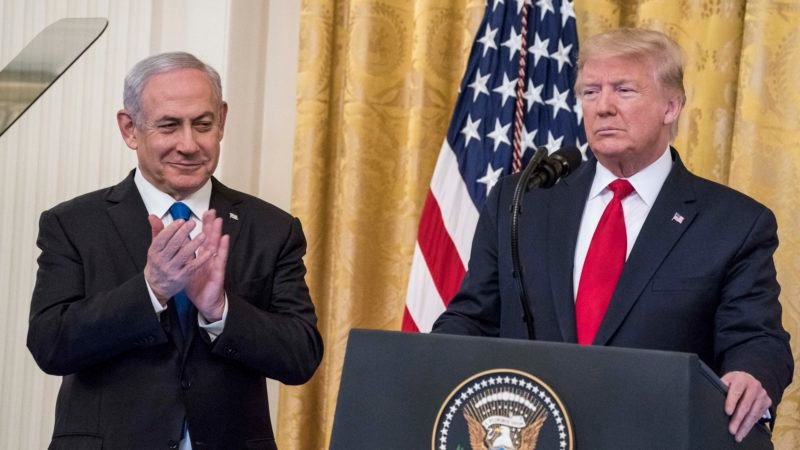 As the Trump administration finally released its long-touted Middle East plan, it orchestrated selective briefings to minimize early criticism and to set a tone of acceptance — including limited, controlled briefings of diplomats and congressional leaders. The result initially muted opposition, allowing administration officials to claim widespread support, and paint the Palestinians as isolated in their rejection.

First daughter Ivanka Trump retweeted a tweet suggesting that only Iran and the Palestinians opposed the plan. It seemed like a clever tactic to control the narrative early, but reality has a way of catching up, and in this case, it happened quickly. The damage done by the spin will be measurable, but not nearly as serious as the principles anchoring the plan.

House Speaker Nancy Pelosi issued a mild statement following a two-page briefing on the 181-page document. But one-quarter of Democrats in the Senate — including three presidential candidates — fired off a letter to President Trump blasting the “one-sided” plan that “violates the Palestinians’ right to self-determination.”

After the Palestinians shared and analyzed the full details of the plan with Arab foreign ministers at an emergency meeting of the Arab League, they unanimously and unambiguously rejected it. Noting that the plan would lead to “apartheid” instead of to two states, the Arab League chief went on to say: “In all honesty, we didn’t expect that the proposed end of the road would be as disappointing and unfair as it is, although the signals have been there.” Following the Arab League step, and a meeting in Saudi Arabia, the 57-member Organization of Islamic Cooperation also unanimously rejected the plan; even if this rejection is partly meant for public consumption, it’s indicative of how Arab governments read the pervasive public sentiment.

Mistrust of the Trump team has been high to begin with, especially among the Arab public, but this episode is likely to lead to resentment even among allied rulers. The plan itself — the fact that the offered “state” is not a state at all, but a fragmented entity that includes about 60% of the West Bank, with no control over territorial water, air, borders, security, or alliances — furthers the resentment.

But the roots are much deeper. They go to mistrust of the plan’s authors, their actions, and the stated principles underpinning their approach.

The fact that the plan was mostly crafted by President Trump’s son-in-law and former real estate developer Jared Kushner and U.S. Ambassador to Israel (and Trump’s former bankruptcy lawyer) David Friedman was worrisome to Palestinians from the outset, because of their known positions. Friedman was a known booster and fundraiser for Israeli settlements, and Kushner’s family foundation, which he co-directed, donated to settlements and had bragging rights that Israeli Prime Minister Benjamin Netanyahu had once slept in his own bedroom, as a visiting family friend. Their behaviour since has confirmed the concerns: They moved the U.S. embassy to Jerusalem long before they released their plan — assuring a Palestinian boycott of talks — and cut off aid to Palestinians, which has hurt many ordinary people. The claim that the plan has the Palestinian people’s interests in mind is thus received in the Arab world as a cruel joke.

The most worrisome aspect, however, is the key principle the Trump team touts to underpin its conclusion: The need to ignore the past in crafting its terms. There are three far-reaching implications.

Put aside for a moment the long and painful history of the conflict and consider the immediate issue of Israeli settlements, internationally regarded as illegal: Palestinians are told they now should not only live with them as reality but also live with applying Israeli sovereignty to them. This principle thus rewards and encourages violations of international law — a troubling position to project globally. Imagine saying to Ukraine: “Get over it, the Russians already control your territory, so let’s forget history and start from there.”

The Trump team invokes the existing asymmetry of power favouring Israel in framing its plan. But as I argued last May, the current level of asymmetry is in large part one of America’s doing over the years: The U.S. mediated and paid for peace between Israel and Egypt, thus taking the biggest Arab army out of the equation; protected Israeli settlements from international consequences by often employing the veto at the United Nations; and uniquely provided Israel with the technological edge to maintain military superiority in the region. It was often suggested that in making Israel more secure, these measures make Israel more willing to compromise; instead, the opposite has happened. Now, the Trump team not only wants to legitimize the resulting “reality,” but also to apply the weight of American power to further the asymmetry and to bestow sovereignty over land that is not its own on Israel. Disturbingly, Washington also contemplates the transfer of Israeli towns with a quarter-million Arab citizens to Palestinian control — something they oppose — just because of their ethnicity.

Finally, the only history that underpins the Trump plan seems to be the biblical narrative of history — something that’s profoundly troubling. Trump officials, especially Friedman, have frequently invoked the Bible in framing U.S. policy toward the West Bank and Jerusalem. Religious narratives of all sides are important and must be respected. But to employ a religious narrative of history as a basis for political sovereignty is not only wrong, it’s dangerous. It helps define the conflict in zero-sum religious terms, planting the seeds of unending confrontations ahead.

Today, Israel is dominant, Palestinians are weak, and Arab states are distracted. The Palestinians will surely resist, and Arab public opinion will remain decidedly on their side, regardless of what their governments do. Israel may assess that, with Washington’s help, it can bear the cost, and keep the regional reaction “manageable” — an open question. Regardless, this will come at a cost for Washington: America will find itself championing Israeli repression of Palestinians and on the wrong side of international law and norms. And, in attempting to limit the Arab reaction, it will also find itself increasingly backing Arab governments’ repression of their own people. Is this what America stands for?

This article was originally published by Brookings Institutions