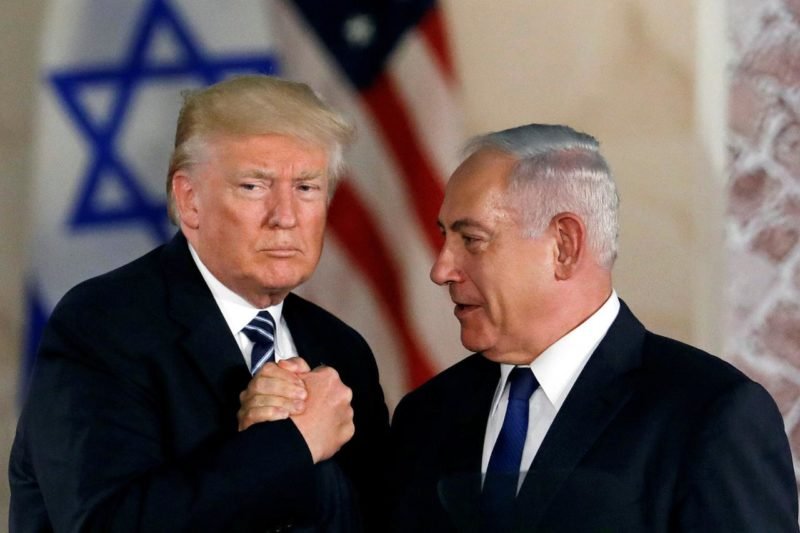 More than two years after he first proposed a plan to revive the long-stalled Israeli-Palestinian peace process, U.S. President Donald Trump’s proposal ‘The Middle-East Peace Plan’ is finally set to be announced.

It must address intractable issues that stymied peacemakers for generations, including the status of Jerusalem, a city claimed by both sides as their capital.

There is also deep-seated suspicion between the two sides, and no longer mutual acceptance that the United States is the natural broker of any solution.

While Trump and Israeli Prime Minister Benjamin Netanyahu are the closest of political allies, U.S. relations with the Palestinians are at a nadir. Palestinian leaders refuse even to meet with the Trump administration, accusing it of pro-Israeli bias.

Why Revive the peace plan now?

Both Trump and Netanyahu face domestic troubles. Trump faces an impeachment trial and Netanyahu was indicted on corruption charges in November. Both deny wrongdoing.

They also both face re-election campaigns – Netanyahu in March and Trump in November. Netanyahu twice tried and failed to secure a majority in the Israeli parliament last year.

Trump has repeatedly delayed the launch of his plan to avoid causing election problems for Netanyahu because of the possibility it will require some concessions from Israel.

He faces his own political clock and could ill-afford to wait for months for Israel to decide its next prime minister, according to a source familiar with the peace team’s thinking.

The proposal is dozens of pages long but little has been revealed about its contents.

Palestinian and Arab sources who were briefed on the draft fear it seeks to bribe Palestinians into accepting Israeli occupation, in what could be a prelude to Israel annexing about half of the West Bank including most of the Jordan Valley, the strategic and fertile easternmost strip of the territory.

Trump’s son-in-law Jared Kushner, the plan’s principal author, launched the first stage in Bahrain in June. It called for a $50 billion investment fund to boost the Palestinian and neighbouring Arab state economies.

What are its chances?

Continuing obstacles include the expansion of Israeli settlements on occupied land and generations of mutual distrust. The last two decades have also seen the rise to power in Gaza of the armed Islamist movement Hamas, which is formally committed to Israel’s destruction and is in the midst of a decades-long power struggle with the western-backed Palestinian Authority, headed by President Mahmoud Abbas.

The elephant in the room is the two-state solution – the long-standing international formula to bring about peace by creating an independent Palestinian state living side-by-side with Israel.

The United Nations and most nations around the world back this blueprint, the foundation of every peace plan for decades.

The Trump administration has refrained from endorsing it. In November it reversed decades of U.S. policy when Secretary of State Mike Pompeo announced that Washington no longer regarded Israeli settlements on West Bank land as a breach of international law.

Palestinians and most of the international community view the settlements as illegal under international law. Israel disputes this.

Netanyahu “gladly” accepted Trump’s invitation to Washington, “I think that the president is seeking to give Israel the peace and security that it deserves,” he said.

But Palestinian Prime Minister President Mohammad Shtayyeh said the U.S. plan was “nothing but a plan to finish off the Palestinian cause. We reject it.”

The Palestinian leadership said Washington can no longer be regarded as a mediator after a series of Trump decisions that delighted Israel but infuriated Palestinians.

These included recognising Jerusalem as the capital of Israel, moving the U.S. Embassy in Israel from Tel Aviv to Jerusalem, and slashing hundreds of millions of dollars in humanitarian aid to the Palestinians.

The cuts were widely seen as a means of pressuring the Palestinian leadership to come back to the negotiating table. So far, that has failed.