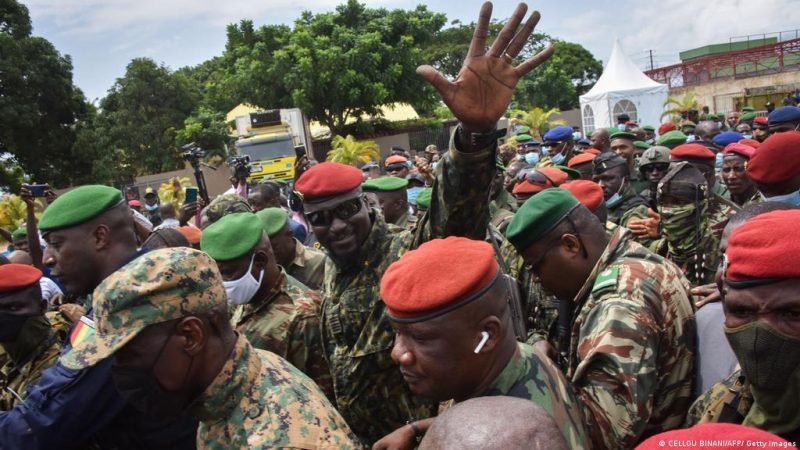 The political climate of the African continent is a reflection of these trends. The political landscape there has historically been volatile which can be primarily characterised with a stability of tenure. The heads of the states usually hold power without accountability. Military coups and takeovers have replaced a peaceful transfer of power which is a norm in mature democracies. The economic backwardness of most of the countries in Africa is a chronic problem which has acted as a threat multiplier. This has happened despite the continent being rich in natural resources. The profits generated from these are enjoyed by a select few who invest their wealth in offshore accounts and properties. Systemic corruption inturn is a problem holding most of the economies back.

The rise of the Islamic State in this abyss

Terror groups and outfits affliated to Al Qaeda and the Islamic State have taken advantage of the instability in these countries. The rise of the Islamic state and other terrorist outfits in West Asia happened in tandem with the creation of a power vacuum as authoritarian regimes collapsed from Iraq to Libya. The Arab spring and the fall of Saddam Hussain’s regime were two major impetus that gave an opportunity to radical elements to take over. The endless cycle of violence and conflict in the Muslim world has left them vulnerable to terror groups.

ISIS evolved by tapping into this perpetual crisis. These radical elements behind the sectarian conflict in Syria and Iraq during the Syrian civil war and after the fall of Saddam Hussain’s regime led to the precipitation of the conditions that allowed ISIS to take shape.The sudden rise and fall of the Islamic State reflect the shortcoming of their objectives and how they aimed to achieve it. They, just like Al Qaeda, wanted to establish an Islamic state and expand its imprint around the world. They were successful in achieving the first goal for a while after setting up their capital at the city of Raqqa in Syria.

But what distinguished them from other terror outfits was their campaign to control territory not just in the country of their origin but also beyond that. No other terror outfit had previously attempted that in the scale which they were able to achieve. This was made possible by arming themselves with sophisticated weapons seized from the Iraqi and Syrian military. The transformation of the insurgency to a full-fledged army happened by using a mix of guerrilla warfare tactics to blitzkrieg which helped them roll over towns without any resistance. They also made an equal use of social and traditional media to win support.

The Islamic State in Iraq was defeated in December of 2017 and the operations to eradicate them in Syria happened by March of 2019. Since then, it has disintegrated into sleeper cells like a traditional terrorist group and its members and soldiers have mostly intermingled with the local population of various countries of  West Asia and West Africa. The radicalisation of these individuals both men and women, pose a challenge for governments around the world. The impact of which has started to emerge. In recent years they have adopted a new tactic where they are willing to claim responsibility for the attacks happening around the world.

The case of West Africa

Three military coups in West Africa in the past two years brings into the focus the proposition made earlier. The domino effect which started with the military coup in Mali was followed by Guinea in 2021 and Burkina Faso this year. The latest attempt on a coup by certain armed men this month in Guinea-Bissau suggests that this might not be the last of such attacks. Periodical coups like these have become common in Africa’s postcolonial history but each time the primary actor and their objectives are different. The motive behind the recent coups in Mali and Burkina Faso was to replace the elected government which was shown to be incapable in tackling the increased number of terror attacks. While the coup in Guinea was carried out to protect the constitution which was being subverted by President Conde so that he could continue to remain in power.

Burkina Faso has since 2015 experienced an increasing number of attacks by groups affiliated to al Qaeda and the Islamic State. It had in the same year survived a failed coup which corresponded with these attacks. In the following years, Jama’at Nasr al-Islam wal Muslimin (Group for the Support of Islam and Muslims—JNIM) and the Islamic State in the Greater Sahara (ISGS) managed to take control of the rural parts of the country. Most of the fighting for the same reason happens outside the urban centre from where the attacks on the capital are launched.

Security forces have found it difficult to overcome the challenge of terror attacks becasue of their transnational character. The terror groups operating out of Mali were empowered by the alliance they had with a separatist group which had taken control of a part of the country’s territory. These groups were Ansar Dine, al-Qaeda in the Islamic Maghreb (AQIM), and the Movement for Unity and Jihad in West Africa, together they pose a threat to the stability of the whole region.

The current events draw a clear parallel to the events that unfolded almost a decade back in Syria and Iraq. A military takeover which would have normally led to large scale disapproval was instead welcomed by the people of these countries. Major powers with vested interest in the region must continue to support whichever regime is in power so that they can meet the challenges posed by al Qaeda and the Islamic State. At the same time the military regimes in these countries must also be persuaded to restore a constitutionally elected government.

Divy Raghuvanshi is a Phd candidate in Central University of Gujarat's School of National Security Studies.