The fear of China’s rise is “oversell”, here is why? 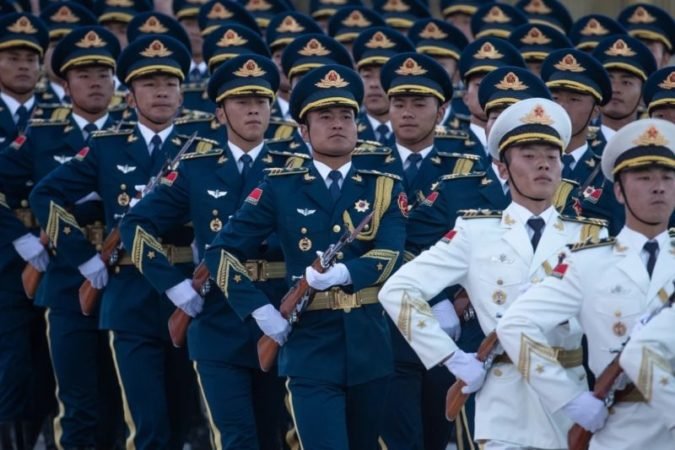 The recent debates among scholars and students of international politics are highly dominated by the assumptions of china’s rise as a world power and its greater role in the existing order, argument varies between, china rather a revisionist state or a status quoist power but almost everyone agrees with the degree of economic might what china achieved in last two decade is quintessential. The curiosity among everyone regarding the question is about “Chinese compliance with existing order” and its influencing potential and “will china dominate the world the way the United States dominates until now?”

All the pervasive speculations and assumptions grounded by the belief that Chinese dramatic economic rise ultimately leading china toward the greater military edge over its existing and potential competitors in the region, with that Chinese gibberish foreign policy, growing cyber espionage, recent developments in the SCS and its hostile relations with neighbours like India and Japan, alarm the world about Chinese ambitions.

Despite all the believes, china does not stand from where it can topple the global order in its favour and china does not want to do so, the recent attitudes of the Chinese government is testimony to Chinese compliance with world order moreover the existing order is fruitful for china than douche for other alternatives, the reasons are evident:

Economic interdependence, complex geography, restrain from the United States and its allies making hard for china to be a non-conformist and compelling China to act according to the order for a long time. Mearsheimer, however, suggests “if China continues to grow economically it will attempt to dominate Asia the way the United States dominates the western hemisphere”. Problem with the prediction is despite china’s enormous economic growth, it is nowhere near to the United States & Japan in latent power i.e tech, human capital, economic innovation. Stephen & Wohlforth asserts “China’s economic and military rise occurring while the country is still modernising” it demonstrates insights of china’s policy, as a rising power. China surely do not want to create ruckus which would dampen its economic growth and could push china into the middle-income trap, for now, a better strategy for china to nudge its currency ‘renminbi’ against the dollar as an alternative and adhere to debt trap policy, which is something the world could only watch.

There was a belief in Clinton’s administration that economic engagement will invoke political liberation in China, which has impacted inversely so far as greater economic growth invites the larger legitimacy for Chinese communist party, economic growth has lifted the life standard of an average Chinese citizen and more wealthy Chinese state able to allocate larger share for its defence, sovereignty and non-interference are mutually subscribed norms in the liberal global order that helps china to tighten its holds on dissenters and curb Freedom of Expression, the Uighurs Muslim humanitarian violence issue has been subdued by the sovereignty and non -interference which are a larger entity in the liberal global order.

Geopolitics of the indo-pacific would not allow China to play a greater role in the region as the United States did in the western sphere, it became hegemon by the virtue of “friends and fish” adjacent to their borders while for China it is “foes, fish and foes”. It Still possesses the greater projection capabilities than China along with that its allies and several military bases assist the United States to play a greater role in Indo-Pacific, South China Sea disputes infuriated antagonism against China in East Asian countries and trade imbalances with China fueling public resentment against Beijing in South Asia.

After all, China does not have any ideological stance to put forward and the COVID-19 crisis has tarnished the image of china in an unprecedented manner. Japanese and American companies making their way out of Chinese territory and its export-driven economy will be soothed, its malign activity in the South China Sea, move to make administrative district on Paracel and Spratly island and navy intrusion in senkaku isles receive a unanimous protest from Japan, Vietnam as well as from the United States. The balance of power in great power competition would not move anywhere in the near future and the U.S. is likely to continue as a sole manager of global order.

Gaurav Sen is a student of Politics and International Relations at Jawaharlal Nehru University, New Delhi.