Reshaping the post-COVID-19 world order: A case for South-South cooperation 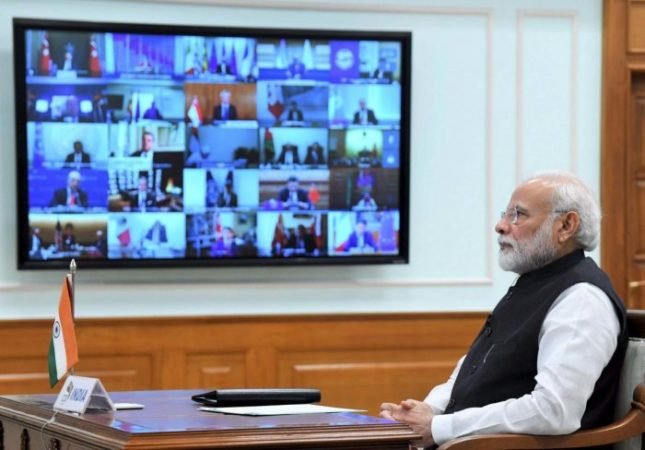 What the post coronavirus world order would look like is an open question. But this pandemic has considerably eroded the trust vested in the organisations championed by the liberal west. Much has been discussed about the role of the United Nations (UN) and the Security Council (UNSC) in failing to collectively initiate a call to action. The efficacy of its health agency, the World Health Organisation as the guardian of the public health system of the world is also in doubt. Although some affirm that as the silver lining, this global gloom may usher in the long-pending reforms of the UN systems and institutions, but it is a given that the shift of the global balance of power from the Atlantic to the Pacific will only be expedited.

Russia, India and China: the three veritable power-houses of the South, find themselves in a unique and challenging space. To begin with China, the virus originated there in the city of Wuhan and allegations of its mismanagement further led to a huge dent in its image. To give fuel to the fire, the US President Trump called it “China Virus”. But the Chinese diplomatic core has been quick in taking actions to alter the same by furthering their aid diplomatic endeavours by transporting PPE, ventilators, hand gloves, face masks to all corners of the world.

For India, its prudent management of the pandemic as well as initiating a swift regional response through the SAARC COVID-19 Emergency Fund has earned it some well-deserved praise.  However, the highlight has been the advancement of its soft power potential. There is a trustful recognition of the Indian way of living: a holistic blend of yoga, vegetarianism and Ayurveda. The pandemic has promoted the use of Namaste (greetings with folded hands), Yoga (breathing exercises like Pranayam and Kapalbhati) as well as catapulted the gamcha (a multipurpose towel that can be used to cover face) to the limelight. More recently, the export of Hydroxychloroquine to a host of countries, through commercial agreements with Indian drug manufacturers, have helped further its benevolent world view of “Vasudhaiva Kutumbakam”.

When it comes to Russia, it is contended to be practising international distancing. However, it is also well-advancing help to its European neighbours, apart from the skilfully publicised supply of medical aid to the US, labelled “From Russia with Love”.

The plurilateral grouping of RIC, a term that was initially coined by the then Russian Foreign Minister Yevgeni Primakov in order to counter the western alliance and dominance in the world, finds itself to be a part of many multilateral/plurilateral groupings like SCO, BRICS, G-20 etc. However, its successes as a bloc in these groupings have been limited so far. The starkest is the case of the BRICS: a prototypical grouping of the developing world and a representative of the global South. A commendable achievement was the declaration of the 2019 BRICS Summit at Brasilia where the member countries agreed on “overcoming significant challenges of multilateralism”. In a post-COVID-19 world order, where the disdain for multilateralism is only going to increase manifold, the grouping stands a chance to walk the talk.

In the face of isolated actions, where the world hasn’t really seen a concerted and coordinated approach, the RIC countries are presented with a chance to lead from the front, in helping shape the narrative from the South. It has been marred by mutual discords; however, it is time to grow out of its old shell. The upside is that the pandemic can be used as a stepping stone in this direction, with initial strides being already made. For instance, the Minister for External Affairs of India, Dr S. Jaishankar clearly conveyed to China, his country’s stand against name-calling. In the same vein, even though Russia has its closed boundaries with China, it has extended support to its friend in the UNSC high table.

The coming together of the developing South, under the aegis of BRICS with a stronger RIC can help push for power shifts in the post-COVID-19 global order. This will, nonetheless, demand gargantuan efforts.  But the time has never been more opportune.