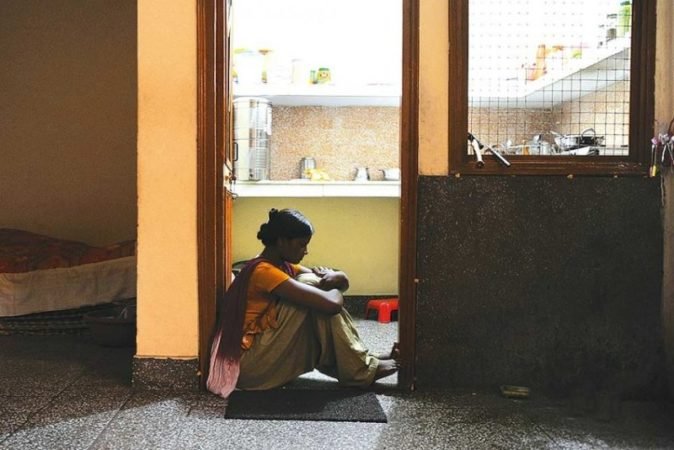 The entire world is witnessing the devastation and chaos caused by COVID‑19. The world is witnessing changes in every sphere be it socio, political, economic, health, security, world order etc. The severity of global pandemic continues to spread rapidly. In a few months, the virus has spread in more than 200 countries and territories, portraying the fact that epidemics don’t respect national boundaries.

The drastic spread of coronavirus has forced most of the countries of the world to live under nation-wide lockdown, resulting in a restriction on the movement of people in order to practice social distancing. However, this lockdown has brought a sudden rise in cases of domestic violence against women.

On 6 April 2020, the United Nations Secretary-General Antonio Guterres called for a “ceasefire” to address the “horrifying global surge in domestic violence. The UN chief highlighted the pandemic’s devastating consequences on women and girls, which cross every sphere: from health and the economy to security and social protection. Since the pandemic, the UN is reporting that Lebanon and Malaysia, for example, have seen the number of calls to helplines double, compared with the same month last year; in China, they have tripled; and in Australia, search engines such as Google are seeing the highest magnitude of searches for domestic violence help in the past five years.

Read: COVID-19 and the plight of Children across the Globe

The major reasons for the increases in cases can be attributed to the fact that economies have come to a standstill, loss of jobs,  lack of monetary influx, fewer resources and ever-increasing wants, a disorder in daily lives, anxiety and mental stress caused by the fear of this pandemic has taken a heavy toll on people. And the worst affected are the women as they have to manage domestic responsibilities with little or no support. The violence against women has augmented around the world during the lockdown. There is a lack of shared responsibility as women not only have to deal with extra domestic duties, but also a patriarchal mindset which doesn’t allow men to help in the household chores.

Like for example, Indonesia National Commission on Violence Against Women has alerted the increase in physical violence against women during the lockdown. The Jakarta Legal Aid Foundation of the Indonesia Women Association for Justice reported 59 cases of domestic violence, rape, sexual assault between March 16 to March 30.

In India, too, norms of social distancing and lockdown orders have increased the incidents of domestic violence. India’s National Commission for Women (NCW) has reported that they registered 587 domestic violence complaints between March 23 and April 16- a significant surge from 396 complaints received in the previous 25 days between February 27 and March 22. On April 10, the NCW launched an emergency number on WhatsApp for women to register emergency complaints. However, the irony is many women are not able to report violence because complaints can only be registered through phones which many women in India do not have.

It is the need of the hour that the governments must include protection and safety of women in their national response plans to COVID-19 pandemic and prevent a horrifying global surge in domestic violence amid massive lockdown.