The #BREXIT conundrum: A classic case of dirty politics before national interests 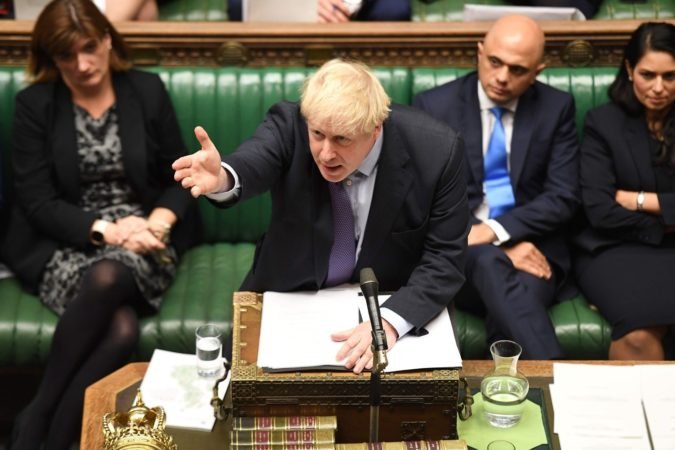 The only thing about the United Kingdom (UK) that the world, in general, has been hearing over the last three years is one word, “Brexit”. To give you a personal perspective, when the Brexit vote happened in June 2016, I was just awarded my doctorate in Italy; post which I worked in France for a year and came back to India finished a two year Master’s course in a career change move. Yet, even after more than three years of deliberation on the modalities of exiting the European Union (EU) in the aftermath of the referendum that was in favour of Brexiteers and victory for Nigel Farage’s Brexit Party, a change of three Prime Ministers, three different withdrawal bill proposals, the process still goes on. On the eve of the 74th founding anniversary of the United Nations Organization, while I author this article, the process of Brexit poses larger more pertinent technical and normative questions regarding the failure of multilateralism and a global inclination towards populism etc, I focus on what exactly is transpiring currently, the consequences of Brexit on the UK and the opportunities for India.

Several factors seem to impede the process of the UK withdrawing from the EU. Firstly, the magnitude of the complexity of exiting from the EU was perhaps underestimated leading to perennial chaos and endless debates on the economic relationships with the EU. Secondly, the UK by virtue of being a collective entity of different nations exacerbates the situation. While England overwhelmingly voted to leave, this was not the case with Scotland and Northern Ireland, who voted in favour of remaining as a part of the EU.

Thirdly and most importantly, the domestic politics within the UK has repeatedly derailed the Brexit process with the Labour Party’s position of ambivalence various concerns including environmental regulation, worker’s rights, women’s rights, GDP reduction, fall in wages etc. The Labour Party led by Jeremy Corbyn, in principle also favours another Brexit referendum.

While the majority of the focus was restricted to economics, several other vital issues pertaining to the impact of Brexit on the future of various EU institutions like the European Medicines Agency, European Banking Authority, representation in the European Parliament and other financial institutions were perhaps not duly considered.

Article 50 of the Treaty of the European Union, which oversees the process of any State withdrawing from the EU was invoked.  The Article 50 requires to”negotiate and conclude an agreement with [the leaving] State, setting out the arrangements for its withdrawal, taking account of the framework for its future relationship with the [European] Union”. Fast forward to November 2018, a Brexit Withdrawal Agreement (BWA) setting the terms and conditions of withdrawal as negotiated by the UK government and mooted by the EU was floated in the Parliament in Westminster by the then Prime Minister Teresa May. This, however, failed to garner support from the sitting MP’s and faced severe opposition from in the House of Commons in voting held in January 2019. The BWA was put to vote on a couple of more occasions after seeking extensions of the deadlines for Brexit, nonetheless, it repeatedly failed to make it through, eventually culminating in the resignation of May from her office.

Prime Minister Boris Johnson took over the reins from May upon the Queen’s invitation to form the government in July 2019. His intentions of motivating the government on taking any unilateral decisions on Brexit either through a BWA or a no-deal were successfully thwarted in the House of Commons by bringing in the Benn Act. The Benn Act requires the Prime Minister of the UK to seek an extension of the Brexit withdrawal date, which currently is the 31st of October. On the 17th of this month, the UK and the European Commission agreed on a revised withdrawal agreement containing new protocols for Northern Ireland pertaining to a customs border between the Republic of Ireland and Northern Ireland. A special Saturday session of the House of Commons was held on the 19th of this month to debate the new revised BWA that Johnson negotiated with the EU.

However, MPs pass Sir Oliver Letwin’s amendment to the motion, which sought to delay consideration of the BWA until the legislation to implement got passed. This delay invokes the Benn Act discussed previously and Johnson was forced to immediately write to the European Council with a request for a new extension until the 31st January 2020. Johnson’s new proposed BWA Bill did nevertheless garner the support of the House on Tuesday the 22nd of October, however, could not manage the same on the deadline for Brexit being the 31st of this month as it offered just three days of discussion before coming into force. This has compelled Johnson to react sharply and pitch for elections in case the EU agreed to move forward the withdrawal date to January next year. Johnson hopes that the Tories are likely to return to power albeit with a smaller majority, nevertheless, the election result would be a referendum on Brexit and a public endorsement to go ahead with either a BWA or ‘No-Deal’.

This delay on reaching a consensus and the repeated extension of deadlines has led several senior EU leaders to sharply criticize the UK parliament including Jean-Claude Juncker, the President of the European Commission. He remarked,

“In truth, it has pained me to spend so much of this mandate dealing with Brexit when I have thought of nothing less than how this Union could do better for its citizens. Waste of time, waste of energy.”

However, the European Council President Donald Tusk while indicating at the hastened decision making by the Tories said,

“A no-deal Brexit will never be our decision.”

The crescendo towards holding another referendum vis-à-vis Scottish independence from the UK is picking up in the aftermath of Brexit. While a similar referendum in 2014 indicated the Scots remaining as a part of the UK, the circumstances today indicate the change in perception. While England and Wales voted overwhelmingly in favour of Brexit, this was not the case with Scotland and the Scottish National Party (SNP) led by Nicola Sturgeon is likely to leave no stone unturned including legal procedures against the UK government to meet their desired outcomes. According to SNP’s Drew Hendry, an analysis suggests ‘No-deal’ Brexit would lead to 100,000 lost jobs in Scotland and people could lose up to 1,600 British pounds in income per year. After all, one of the most contentious factors that led to the referendum in 2014 was the issue of North Sea Oil. In addition to this, estimates suggest that Scotland has 25% of Europe’s total offshore wind and tidal energy resources and 60% of the UK’s onshore wind resources. This translates into $7.5 billion worth income in renewable energy resources annually, effectively transforming the Scottish economy and making the country a pioneer in clean energy production. Similarly, independence from the UK can grant Scotland to engage separately with the EU and not under the influence of London.

In addition to the value of the Pound depreciating close to 20% in comparison to the US Dollar, there are other financial risks. The British Government likely has to pay a hefty multi-billion pound bill if it does not manage to complete the free trade negotiations with the EU by mid-2020. The EU and UK officials should undergo the tedious process of new financial negotiations and as trade experts opine that the likelihood of reaching a consensus on a trade deal with the EU is very low before the Brexit deal transition deadline of 31st December 2020.

“The Government’s own research says that Boris Johnson’s Brexit proposals would lead to a 6.7% drop in GDP and 6.4% drop in real wages – the kind of hit to the economy experienced in the financial crash.”

Brexit has entirely exposed the domestic political differences present within the Union as well as in the State polity internationally. This is unprecedented in the sense that, this is perhaps for the first time that liberal European democracy and a former empire with a global spread as well as a United Nations Security Council Member (UNSC) is unable to find solutions to its own problems while relaying the blame to Brussels. The UK today, in the world’s eyes seems weaker than previously. The desperate attempts by politicians of either side to use Brexit as a tool for their agendas rather than working towards national interests have not only cast shadow on internal policy but also on the UK’s foreign policy. This also is also a larger strategic issue for Europe in general at a time when the geopolitical pivot towards Asia is currently underway along with major security concerns stemming up in the Middle East and elsewhere. The UK’s exit will result in new axes of power being created in the EU, where the German and French dominance is likely to increase further. In addition to this, the UK’s exit is also likely to fellow NATO allies’ ties with Russia thereby providing an opportunity for Moscow to push forwards its interests in continental Europe.

What’s in it for India?

A hard Brexit, with a stronger immigration control even for Europeans, is anticipated to bring in parity for highly skilled Indian Information Technology (IT) professionals. According to former NASSCOM President R. Chandrasekhar,

“The UK has already indicated that they want to be more open to high-skilled manpower from India because in the current European Union regime. Closer ties with India in general — it’s known they want a free trade agreement with India.”

Brexit allows the UK to make decisions regarding free trade agreements easier and not as a member of the EU. Brexit will impact global growth and is likely to initiate a decline in commodity prices, which will enhance both relative and absolute attractiveness of India.

Depreciation of the Pound also provides the perfect opportunity for Indian investors to invest in the UK and the number of ventures from India has more than quadrupled over the last four years from a number of 200 to 850 today. In the words of British High Commissioner Dominic Asquith,

In conclusion, the long gestation period of the Brexit process has led to a situation of policy paralysis within the UK as well as its foreign policy. The repeated delays in achieving a consensus on the BWA due to narrow political reasons instead of national interest has resulted in straining the EU-UK relationship and a cumbersome exercise and is likely to not change during the free trade negotiations with Europe. In addition to financial losses and being an embarrassment to the UK, Brexit has also played the role of a catalyst in reviving the Scottish call for independence. It also has resulted in the emergence of new geopolitical realities in mainland Europe and has also undermined the UK’s strategic interests globally. While the UK is reeling under the consequences of its own decision making it is throwing open opportunities for a renewed partnership with India and is likely to provide more avenues in business for Indian entrepreneurs to explore.