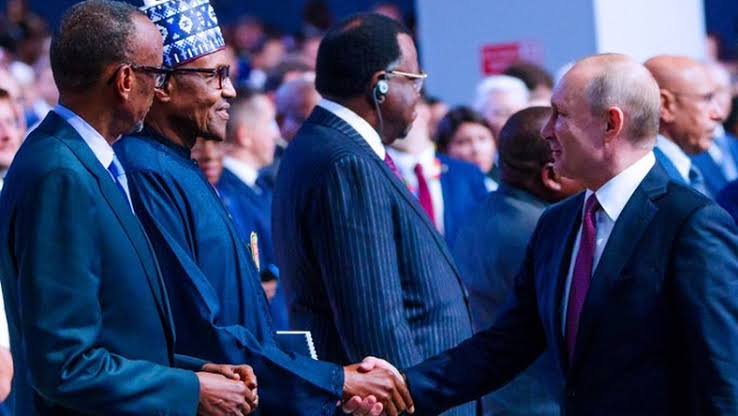 Russian President Vladimir Putin hosts the first Russia-Africa summit in Sochi. Kremlin has been planning since long to increase its influence in the African continent.

Putin assured African leaders to double the Russian trade within the continent. Russian President especially focused on education and healthcare development in the continent. However, currently, Russia dominates the African market with its sophisticated weapons but this time it wishes to enhance its African presence without any ‘political interference’.

A potential clash with China?

The erstwhile Soviet Union maintained a dominating presence in the continent and played an active role in independence movements. However, after the fall of the Soviet Union, the relations were strained between Russia and the African continent.

China picked this opportunity as a medium of expansion into the African markets and in a short span of time emerged as a key foreign business partner.

In 2000, China initiated the China-Africa Cooperation Forum, pushing ahead billions of dollars into infrastructure projects across the continent. Which further got criticised by western media calling it an attempt of promoting a new version of colonialism by Beijing.

Strengthening global governance and consider reforming the UN Security Council taking into account the geopolitical realities with a view to making it a more representative body by ensuring greater participation of African States.

Also, the role of the United Nations charter reiterated by the leaders to ensure the UN’s active participation in maintaining international peace and security.

Leaders from the African states echoes, Russian aim to neutralise international terrorism in all its forms, as well as extremism, transnational crime, and trafficking in narcotic drugs, psychotropic substances and their precursors.

It also includes close cooperation between Russia and African states to resolve and prevent conflicts in Africa as part of Silencing the Guns by 2020 Initiative launched by the African Union.

Leaders hailed joint efforts to promote trade, investment and sustainable development and make the global economic system more socially oriented. Oppose any manifestations of unilateralism, protectionism and discrimination, as well as support the world trade regime based on the rules of the World Trade Organization.

Ensured to take steps to identify promising areas of economic, trade and investment partnership between the Russian Federation and the African Union, as well as the leading subregional organizations: the Arab Maghreb Union, the G5 Sahel, the Southern African Development Community, the Common Market for Eastern and Southern Africa, the East African Community, the Economic Community of West African States, the Economic Community of Central African States, and the Intergovernmental Authority on Development.

Facilitate cooperation in joint research projects, greater collaboration among universities and major research centers of the Russian Federation and the African States, and organization of scientific conferences and seminars, encourage further exchanges, joint training, and cooperation in the academic field, as well as in culture, education, technology, sports, health care, tourism and mass media.

To strengthen efforts to address climate change in Africa, transfer necessary technologies, build the capacities and enhance the abilities of African States to build resilience against and adapt to the negative impact of climate change.