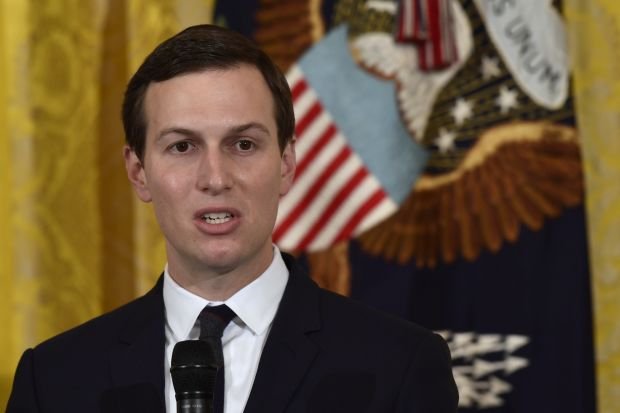 White House senior adviser and President Trump’s Son-in-law Jared Kushner urged a group of diplomats and ambassadors on Wednesday to keep an “open mind” about President Trump’s upcoming Middle East peace proposal and said it will require compromises from both the sides, a source familiar with his remarks said to Reuters.

As quoted by Reuters, Kushner said the peace plan is to be unveiled after Israel forms a governing coalition in the wake of Israeli Prime Minister Netanyahu’s election victory and after the Islamic holy month of Ramadan, which ends in early June.

“We will all have to see for reasonable compromises that will make peace achievable,” Kushner said, according to the source, who asked to remain anonymous.

Kushner, one of the main architects of the peace proposal and is married to Trump’s daughter Ivanka, spoke to about 100 diplomats and ambassadors from around the world at Blair House, the presidential guest house across the street from the White House. He spoke as part of a State Department series of speeches.

The proposal has two major components: A political section that addresses core political issues such as the status of Jerusalem, and an economic section that aims to help the Palestinians strengthen their economy.

Unclear is whether the plan will propose outright the conception of a Palestinian state, the Palestinians’ core demand.

During the remarks, Kushner pushed back on the notion that the Trump peace plan was mostly centered around the economic package, saying the political segment is “very detailed,” the source said.

“He said the plan will require concessions from both the sides but won’t jeopardize the Israeli security,” the source said.

“It requires everybody approaching the plan with an open mind.”

Israel’s U.N. Ambassador Danny Danon said on Wednesday that Prime Minister Netanyahu is unlikely to follow through on an election pledge to annex settlements in the West Bank until after the United States has unveiled its plan.

“I think we will respect the efforts of the administration. I don’t think we will see any major unfolding by our government before the peace plan will be presented,” Danon told reporters in New York.

The Palestinians and many other countries consider the settlements illegal under the Geneva conventions that bar settling on land captured in war. Israel disputes this, citing security needs, biblical, historical and political connections to the land.