COVID-19 Pandemic: The Plight of Indian Expatriates in the UAE 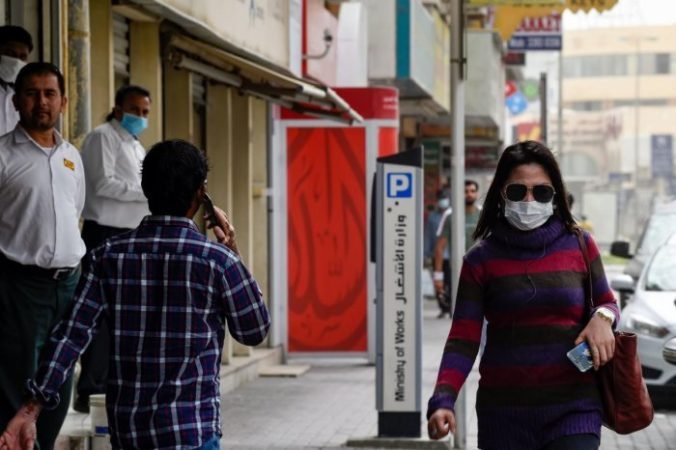 The Indian expatriate community in the United Arab Emirates (UAE) is in deep distress. “The Great Lockdown” induced by the COVID-19 pandemic gives a bleak image of their future. Some expatriates already lost their jobs, while others are fearing termination letters. Some are unable to send remittances home due to salary-cuts and other financial crunches. Their final option, that is to return home, is filled with uncertainty due to the ongoing lockdown in India.

More than 3.4 million Indian expatriates constitute the largest ethnic community in the UAE. Their decades-old friendship, trust and cooperation with the Emiratis provided the vigour to the flourishing India-UAE bilateral relations. They played a crucial role in making the UAE, the third-largest trading partner of India and the largest source of remittances to India.

The plight of Indian expatriates in the UAE is a cause of concern for India. New Delhi is trying to find an amicable solution that is best in India’s national interest.

On 24 March 2020, India’s Prime Minister Narendra Modi announced a nationwide lockdown beginning from midnight that day to curb the spread of COVID-19. The lockdown, which brought all commercial flight services to and from India to a halt, stranded many Indians abroad.

In the UAE, many Indian expatriates – especially those who lost their jobs or put on leave due to the pandemic – are demanding the Indian government to let them return home as they find it arduous to stay abroad. The demand is gaining momentum as most COVID-19 positive cases among Indians abroad are reported in the Gulf countries. Also, more than sixty per cent of the Indians in the UAE are blue-collar workers; they are more susceptible to the COVID-19 infection as they live in crowded labour camps without adequate quarantine facilities.

Read: UAE Fighting the Greatest Collective Crises Since WW2 with Agility: Can India learn a lesson?

Dr Ahmed Al Banna, the UAE Ambassador to India, offered help and assistance to repatriate Indian citizens stranded in the UAE after necessary medical tests. Without naming any particular country, the UAE Ministry of Human Resources and Emiratisation has also warned that it would review the labour relations with the countries refusing to take back its citizens; indicating the strain that the COVID-19 has created on the UAE.

Despite the pressure from all corners, India is reluctant to act on the demand for repatriation. The primary interest of India is to secure its territory without any compromise. India is aware of the potential risk of importing the COVID-19 infection if they allow its citizens abroad to return home. While hearing a petition for repatriation, the Supreme Court observed that it would be better for the Indians abroad to stay-put where they are.

It is not merely about India’s primary interest; the country’s stand has to do with the state capability as well. The COVID-19 has become a national security threat to not just India, but the countries around the world. Both the central government and state governments in India are dealing with the dangers of COVID-19 pandemic and preparing for its aftermath using all its capabilities.  Amid this, if mass repatriation of stranded Indians abroad occurs, it may exceed India’s capabilities to tackle the crisis – only Kerala, whose COVID-19 curve is flattening, out of 28 Indian states has expressed its preparedness for the same.

In a way, India is trying to protect its overseas citizens and their families by not allowing them to return home at this juncture. Pavan Kapoor, the Indian Ambassador to the UAE, told, “Even if a [COVID-19] test comes out negative [in the UAE], the person can get tested positive after reaching there [in India]. By not allowing to go right now, we are trying to protect you and your families.” This is, perhaps, the reason for India to keep mum on Ambassador Al Banna’s offer.

The Indian Missions in the UAE are coordinating with the local authorities and various Indian associations to ensure the availability of food, medicines and quarantine and counselling facilities to those Indians facing troubles in the UAE. India has already given a green-signal to export 30.5 million Hydroxychloroquine (HCQ) tablets to the UAE.

Meanwhile, New Delhi is also keeping a track on the events unfolding in the UAE and deliberating on strategies to bring back its stranded citizens in the UAE post-lockdown. India cannot delay the repatriation of the expatriates for a prolonged period as the expatriate community’s resentment is spurring against the government for its refusal to take them back home. Kerala Chief Minister Pinarayi Vijayan urged the expatriates from Kerala wishing to return home to register their names in the website of the Department of Non-Resident Keralite Affairs (NORKA); nearly one million Indian expatriates in the UAE are from Kerala.

The reason for the plight of Indian expatriates is not merely due to the travel blockade, but the impact that the crashing Gulf economies will create on their livelihood. The oil-rich UAE was showing signs of economic slowdown for the last few months. Besides that, oil prices were plummeting in the global market. As the COVID-19 brought global mobility to a standstill, the country’s non-oil sector – mainly the tourism, aviation and hospitality sectors – also collapsed. The UAE has, now, decided to postpone Dubai Expo 2020 for a year due to the prevailing situation. As per the forecasts in the recent International Monetary Fund (IMF) report, the UAE economy will sharply contract by -3.5 per cent in 2020.

To reduce the pressure on its economy, the UAE will have to cut down on jobs and salaries and repatriate a bulk of its migrant workers – the earlier threat of reviewing labour relations with the countries refusing to take back its citizens is a signal to it. Many Indians in the UAE have already lost their jobs due to the pandemic; they will soon return home after the lockdown is lifted. In the coming weeks or months, there will be a significant rise in the numbers.

The job losses in the UAE will have a two-fold impact on India. First, there will be a drastic decline in remittances from the UAE to India; this will hurt the Indian families, especially the households in Kerala, that rely on the UAE money for their sustenance. At a larger level, it affects India’s foreign exchange reserves as the UAE is the largest source of remittances to India; the World Bank has recently predicted a 23 per cent decline in remittances to the country.

Second, India’s gloomy economy and its weak job market will find it difficult to bear the pressure of mass expatriation of its citizens from the UAE and other Gulf countries. The IMF’s report projects a GDP growth rate of 1.9 per cent for India in 2020. The worst-hit Indian state would certainly be Kerala, which is currently recovering the economic devastation caused by the floods of 2018 – the menace of COVID-19, the depletion of Gulf money and the exodus of expatriates to the state will further strangle Kerala’s economy.

Once India lifts the lockdown and restores airline services, the country can anticipate a large-scale reverse migration from the UAE and other Gulf countries. India needs to make the best use of its capabilities, diplomatic channels and federal mechanism, to ensure proper economic resettlement of the expatriates. They have been working in the deserts of Arabia for decades upholding India’s interests – they should not feel betrayed.