Interview: The Radicalisation of Internet 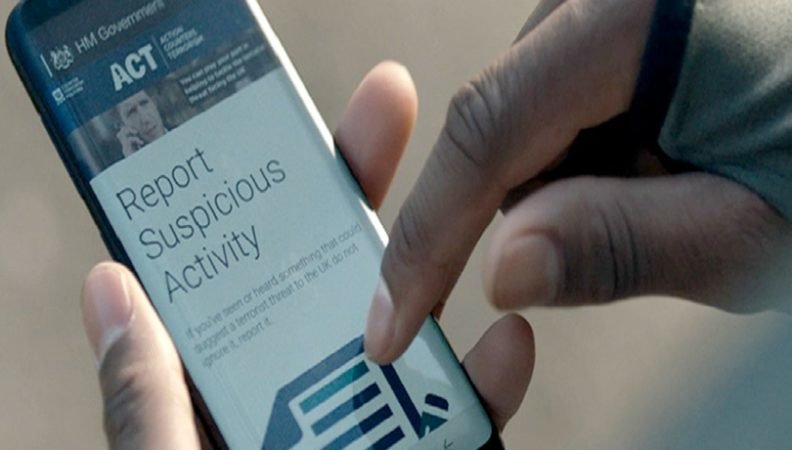 Internet’s impact on mainstream media, and the way people communicate with one another and disseminate information has become a subject of serious study for journalists, academics and policymakers alike. While it has been a significant equaliser as a vehicle by which the fundamental right to freedom of expression is guaranteed everyone irrespective of class, creed or geography, these very same platforms are also becoming spaces wherein the garb of free speech—misinformation and hate are able to flourish.

The Kootneeti’s Cyberspace Analyst Avtar Singh speaks to Linda Schlegel, a counter-terrorism consultant for the Konrad Adenauer Foundation in Berlin, on a wide range of issues revolving around Radicalisation of Internet

: What are the upcoming challenges from the cyber extremism which governments need to look into? Finance through cryptocurrency for terror activity is a grave threat, are there any ways to control it?

The upcoming challenges regarding cyber extremism will depend on the technological developments in the next years. Terrorism does not exist in a vacuum, it is always a reflection of the tools available in society at large and therefore whatever advancements will be made regarding artificial intelligence, cryptocurrency, communication devices etc will face the challenge of misuse by terrorists. Online-radicalization and so-called “remote-controlled” terrorist attacks will continue to be important issues, while others such as the potential for hacking attacks and other forms of cyberterrorism will potentially continue to grow. Governments need to stay alert of new technological developments in order to make adaptations proactively rather than reactively.

A recent study by RAND assessed the cryptocurrencies currently available as not very well suited for terrorist activity apart from fundraising. So the current threat is less severe than it might seem. However, improvements from the suppliers of cryptocurrency are likely to make it more viable for terrorists to use. Factors terrorists could appreciate about cryptocurrency are a high degree of anonymity, the possibility to send large amounts of funds and the speed by which money can be transferred across the globe. Cryptocurrency is still in the early stages of development, but governments should establish a dialogue with all stakeholders involved as early as possible to develop countermeasures to abuse by extremist organizations.

Question: Looking at the recent trends, does any need exist for governments to engage the private sector in counter-terrorism and counter-propaganda initiatives?

There is certainly a need and governments have already taken this approach. For instance, Facebook engages in public-private partnerships with governments in the realm of security and counter-extremism. Similarly, many governments have allocated funds to various NGOs involved in de-radicalization and prevention measures. We should, however, also stress that for practical counter-extremism and prevention to work on an individual level, it may sometimes be beneficial to decrease governmental involvement. NGOs and other actors are seen as independent from the state apparatus may have a higher chance of successfully approaching individuals in the process of radicalization in order to engage in counter-radicalization measures.

Question: The Internet is proving to be the first preference for the terrorist groups around the globe, illicit materials available to promote terrorism at a very micro level exists on both surface & deep web. How to curtail wings of this terrorist communication network?

Generally speaking, there are two factors in ‘downsizing’ terrorist communication networks, namely contributors and infrastructure. In order to decrease contributions to the communication networks, it is necessary to physically remove individuals from the possibility to interact with the network, which may include measures such as imprisonment if sufficient legal charges can be proven or disengagement/de-radicalization measures. Any network is only as large as its support base, therefore if of communication can be decreased, the network shrinks. The second factor includes counter-measures regarding the logistics and infrastructure of terrorist communication. Recently the Director General of the Australian Signals Directorate claimed that his agency hacked into ISIS communication infrastructure to render it useless, which supported coalition troops in re-taking ISIS-controlled territory. In turn, the loss of territory has lead ISIS to drastically reduce its propaganda output generally. The more sophisticated less dispersed the group’s strategic communication unit became, the more vulnerable it became physical attacks.

Nevertheless, there are unresolved issues in countering extremist communication networks. The use of private messenger services such as WhatsApp not only decreases the likelihood of detection, it helps terrorists to spread instructions to individuals around the globe immediately. The use of mainstream platforms renders a complete shutdown of messenger services impossible and carries legal problems. Ultimately, governments will not be able to decrease terrorist communication opportunities without the use of public-private partnerships for both detection and counter-measures.

Question: It has been proven that women are teenagers are an easy victim of internet radicalisation. Also, a soft target for terror groups. Recent example a British teen Shamima Begum, who was brainwashed over the internet to join ISIS. What could be the possible ways to monitor such kind of radicalisation?

I believe we should exercise caution when speaking of ‘brainwashing’ in relation to radicalization. We do not yet have a thorough understanding of whether or not children radicalize differently than adults, but we do know that for many women the reasons to join ISIS were similar to those of male foreign fighters. Grooming may or may not be a factor in an individual case of female radicalzation, but it is rarely the only factor and should not be over-emphasized.

Because the internet is part of most people’s day-to-day life, it is difficult to monitor or counter online-radicalization in its entirety. For minors, child and youth protection measures  to those surrounding access to porn and gambling sites are a necessary albeit difficult to achieve on mainstream platforms. Large platforms such as Facebook and Twitter are now much faster in removing extremist content and therefore contribute to lessening the risk of radicalization through online material. Nowadays it is less likely to ‘stumble upon’ an ISIS-inspired account than it was a couple of years ago. Certain states have also decided to lower the minimum age of individuals to be investigated and monitored by law enforcement and intelligence services. This may help detection, but the ultimate goal must be to lower both the supply and demand of extremist material online. To decrease supply, internet governance, as well as private-public partnerships between states and suppliers of social media applications, are necessary. To decrease demand, not only counter-radicalization but preventive measures are necessary in order to discourage women and children from actively searching for extremist content online.

Question: In the recent Christchurch attack, the entire shooting episode was streamed live on Facebook, many even extended their support to the shooter. What should be the strategy to fight such extreme challenges?

The Christchurch incident shows how well social media platforms already respond to immediate challenges such as the attacker’s video. Within 24 hours of the attack, F removed 1.5 million videos relating to the incident. While clearly not perfect, this is a large improvement in comparison to the reaction time years ago. Challenges requiring an immediate reaction will continue to be difficult to counter until artificial intelligence measures are so well developed that they can react in real time and faster than humans. This will take time. Hash databases, in which social media platform providers can share the extremist content they found on their page in order to support others in the detection of similar material on their websites, are a step in the right direction, but extremist content online will continue to be an issue for years to come.

Question: Are bots to be considered as one of the agents of cyberterrorism? Example a tool Modlishka is easily available over the internet which can make phishing attacks a lot easier to set up and can even penetrate the two-factor authentication. What should be the government policies towards such tools?

Bots, like any other technological advancements, are available and usable for terrorist activities. For instance, recent research has shown that ISIS very likely used bots on their preferred social media platform at the time: Telegram. Researchers Bloom, Hicham and Horgan found that the same content was posted in hundreds of groups simultaneously and concluded that only a bot was capable of such activities. It remains to be investigated how well developed the terrorists’ tools are in terms of cyberterrorism, but generally speaking any technological advancement available to mainstream society will at some point be utilized by extremists. Governments should establish a continuous dialogue with organizations involved in the development of similar technologies and develop both legal and practical counter-measures as well as an emergency response plan should a cyberattack occur.

Linda Schlegel holds an MA in Terrorism, Security and Society from King’s College London and is currently the counter-terrorism consultant for the Konrad Adenauer Foundation in Berlin. Her main areas of expertise are (online) radicalization, the sociological analysis of extremism and societal resilience to terrorism. She can be reached at [email protected]