The role of Social Media in the US Presidential Election 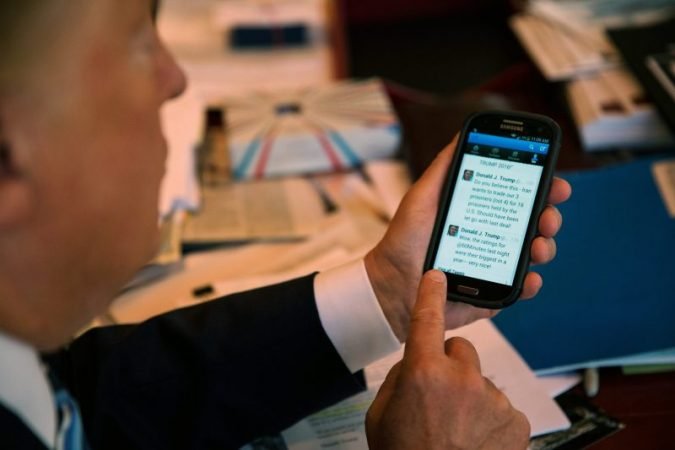 Political advertising is a mode of campaigning that enables candidates to communicate their message to electors and shape political discourse directly. By promoting advertisements, candidates can communicate with individuals who may not be engaged in the election. Ads enable candidates to amplify name recognition, highlight critical concerns, and beckon the weaknesses of their competitors. Following the 2016 election, society became conscious of the persuasive capabilities of political advertising. Brad Parscale, the Trump campaign’s digital strategist, tweeted that their campaign strategy on Facebook was “100x to 200x” more efficient than the Clinton campaign. This became clear following  the revelations that Cambridge Analytica, “used personal information taken without authorisation in early 2014 to build a system that could profile individual US voters, to target them with personalised political advertisements.”

It was further exposed that the candidates did not produce some commercials on social media. A report from the Senate Select Intelligence Committee uncovered that the Russian government paid approximately $100,000 on Facebook ads to interfere with the US presidential election. The consequence of these ads is heightened with the knowledge behind their formulation. These ads were created to polarise the public on contentious issues such as gun control and race relations that were consequently targeted toward those most vulnerable to these issues.

The 2016 US Presidential election is an excellent precedent of the efficacy of a campaign strategy centred on social media. The campaign conducted a detailed advertising plan on social networks like Facebook, that was fundamental in its success. Consequently, the role of Facebook and Google in influencing the voters in the campaign attained scrutiny by the US Senate, who remained sceptical of political advertising and the absence of fact-checking mechanisms by these websites. The US justice department has additionally initiated antitrust inquiries into Facebook, Google Amazon and Apple. Facebook has suffered several other prosecutions, notably, the Cambridge Analytica debacle.

Following the 2016 US presidential election, numerous opinions have been propagated on social media on the consequences of false stories (“fake news”). Research indicates that 62 per cent of US adults gather news from social media; while the majority of fake news narratives are amplified on Facebook. Furthermore, individuals who consume fake news consider them as authentic. From this data, analysts infer that Donald Trump may not have been elected president if not for the regulation of fake news.

There is an accelerating surge of fake news since it is much easier to boost articles with clickbait titles that do not require fact-checking, can which incur additional expenses. Fake news can alternatively exact charges on consumers as they are entangled in a web of misinformation that could prevent them from identifying factual information.

Fake news can be generated on various websites; some that are solely founded to propagate fabricated and misleading records. These websites are entitled to imitate genuine news companies. Other websites may be comprised of publications that could be interpreted as factual, depending on a reader’s perception. Furthermore, additional sites provide a mix of authentic reports, typically holding biased opinions, along with false articles. Websites that produce fake news tend to be short-lived and cease to exist after an interim period.

Another Pew Research Center survey determines that Americans’ perception of technology-related matters deviates considerably depending on the situation. While a majority of US adults can accurately respond to inquiries on phishing scams or website cookies, other matters are more complicated for this demographic.

Engagement during the first US presidential debate

74% of Americans were estimated to tune into the first presidential debate, according to a Monmouth University Poll. This data disputes another investigation that affirms that more than 90% of the electorate have already determined who their candidate will be, and many may have already cast their ballots. Furthermore, Twitter stated that it had removed 130 accounts, that endeavoured to obstruct public discourse during the first US presidential debate between President Donald Trump and former VP Joe Biden. Twitter suspended accounts that appeared to originate in Iran, “based on intel” provided by the US Federal Bureau of Investigation (FBI), it said in a tweet.

In the debate, President Trump continued his tactics of aversion and unmitigated fabrication to impose his disposition on the proceedings. He declined to criticise white supremacy and alternatively preferred to encourage conspiracies about voting fraud. Trump stated, “As far as the ballots are concerned, it’s a disaster.” He went on to say that “a solicited ballot” is “OK”, but an “unsolicited” ballot is not. Furthermore, he appended that “It’s a rigged the election.” However, these claims are unwarranted as fraud is exceedingly rare in US elections. Including in-person voting, mail voting in states where voters have to request ballots or in states where all eligible registered voters are sent ballots without having to make requests. Trump mocked Biden’s intellectual capabilities and for donning a mask, which is ironic following his subsequent positive Covid-19 result.

In October 2019, President Trump’s re-election campaign published a 30-second video commercial attacking former Vice President Joe Biden of guaranteeing Ukraine funds for firing a prosecutor investigating a company with ties to Biden’s son, Hunter Biden. The Biden campaign protested this ad and urged various media outlets not to run it. The replies to this appeal have enlightened the divergent strategies that corporations are taking to misinformation in political advertisements. Various social media platforms, such as Twitter, TikTok, LinkedIn, and Pinterest, have sidestepped the issue by banning political advertisements altogether—however political ads have never been a salient feature on any of these platforms.

In anticipation of the 2020 US presidential election, Facebook outlined its policy to combat misinformation on the platform, which involved flagging content from state-sponsored media outlets and labelling news stories disputed by third-party fact-checkers as “false information.” Hence many spectators were surprised when the company declined Biden’s request to take down the Trump ad.

Recently, however, Facebook declared that it would ban brand-new political commercials from appearing in the week before the 3rd November presidential election. The response is limited as it aims only to restrict political advertisements tendered in the week before the election yet still enabling those submitted before 27th October. Additionally, Facebook stated that it would link any post from a candidate striving to proclaim victory before the final results are announced.

Although TikTok is in the midst of a trial over data privacy concerns to ban its app in the US, the company launched a new feature centred on the 2020 US elections. TikTok on 29th September introduced an in-app guide to the polls, which provides its user’s information about the candidates, details concerning voting and educational videos about misinformation, media literacy, the elections process and more.

What does the future look like to come on 3rd November?

The American people are divided on President Trump’s executive order on social media bias. A fraction believes that Twitter and Facebook manage content concerning the president equitably; yet, some Democrats believe these platforms are biased toward Trump, while many Republicans consider they are opposed. A Monmouth University Poll ascertains that a large majority support red-flagging suspicious content by social networks, however, several are cautious of the efficiency of their monitoring programmes,

American voters are concurrently optimistic yet concerned concerning the integrity of the upcoming election. While many Democrats are anxious about Russian interference, Republicans believe the Democratic Party will be responsible for any election tampering (Monmouth University Poll).

Political campaigns have long sustained that direct communication and personalised messaging are valuable tools that influence voting trends. Nonetheless, in 2016, it was indisputable that social media amplified this threat with high-level political targeting that endangers the democratic system. The concept of algorithmic manipulation designs influencing large sections of the US electorate online is a pertinent example to illustrate the polarised landscape. However, experts assert it is questionable to conclude that targeted political advertising has had a notable impact on voter behaviour at all.