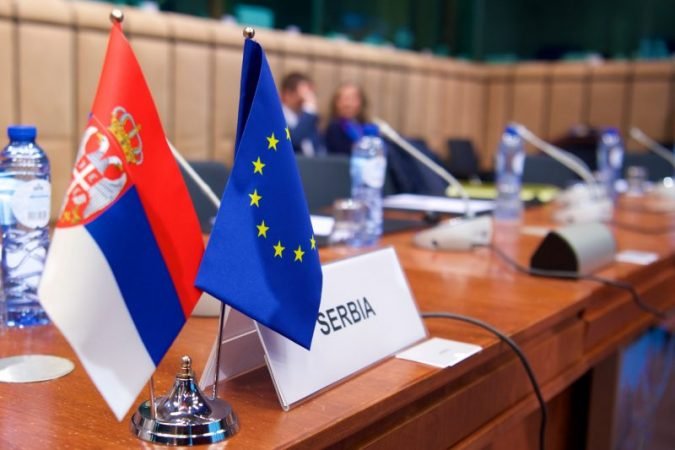 Over the course of time, the tools of the political campaigns have been changed in order to keep pace with technological development and marketing strategies that have been created. In the peak of the COVID19 pandemic, we have an excellent example of how political parties and their candidates have managed to adapt and transform their campaign to the new situation shifting to online promotion. In this sense, social media has become the primary platform for the promotion of electoral campaigns in 2020.

As a product of this new need we have more often use of social media bot profiles. As time passes their impact in the electoral campaigns and political decision-making processes grows as well as space for misuse. In the case of Serbia, just before the elections in 2020, Twitter shut down over 8000 profiles directly supporting President A. Vucic and his party.

“Social media bot profiles (bots) are computer programs that mimic and potentially manipulate humans and their behaviors in social networks“, and their activities on social media have a wide span of topics and algorithms in use, all in order to reach as bigger impact as possible. According to several authors, Twitter and Facebook are the most used platforms for the spreading of social bots, among which almost 9-15% of users on Twitter are bots. This statistic might be the outcome of bot friendly policies of these platforms which is also one of the disputed questions. Bot profiles have become online phenomena to create and support artificial ideas and hypes and there is no reliable way for people or trending algorithms to recognize them as non-human agents. The Bot has been initially created for good purposes to clarify people`s preferences, assist in everyday activities, and be used in customer service. We have several categorizations of bots among which most popular one is classification according to the degree of human control: autobots, hybrids and man controlled bots.

The presence of social bot profiles has set in motion the question of possible methodologies to detect the social bots. Namely, because these profiles can also be created by transforming already existing profiles of real individuals, it increases the variety and sophistication of bots, making the tracking process even more difficult. One of the indicators for this is the fact that the Botometer created by the University of Indiana to spot bot networks uses more than 1200 features of bots.  In the sphere of politics, the social media bot profiles can put in motion some of the ideas and narratives that might jeopardize the democratic processes and undermine the efficiency of institutions and governments. They can orchestrate campaigns to hype organizations but also alter perceptions of political reality by spreading propaganda. If one focuses on the political campaigns and ideas propagated by certain politicians, social media bot profiles can impact and curb factual situations by presenting that some ideas and politicians are more popular than they in truth are.

Considering propaganda that can be created by bots, it is important to note that political psychology warns us how the effects of groupthink may shape a person’s behavior by simply presenting one opinion as dominant. It is known that people do not change their opinion because of social media messages but the bot profiles can create an atmosphere of debate and persuade people to lean on radical positions when encouraged. This means that bots are not only a problem because they lead to quantitative misrepresentations and make parties or candidates seem more popular than they are, but also because they could potentially give voice to non-existent ideas. In this sense social bots can be most certainly understood as new actors of computational propaganda defined as the assemblage of social media platforms, autonomous agents, and big data tasked with the manipulation of public opinion.

On the other hand, the recent discovery of bot presence in Serbia and their meddling in the presidential elections of 2020 have not resulted in significant consequences which creates a concern of adequate response to misuse of this tools.

Due to the effects of the COVID19 pandemic, most of the electoral campaign in Serbia has been done using online tools of promotion. This incentive has naturally increased the percent of interaction that SNS leader Aleksandar Vucic and his campaign have on social media without raising any flags. Even though present, the topic of social bot profiles could not be seen very often in the media until the most recent operation that ended in deleting more than 8000 Twitter accounts related to the president of Serbia A.Vucic.

If we dive further into Twitter`s decision to shut down these profiles, the official standpoint is that the operation aimed to detect state-backed information operation and their network on social media platforms. Analysing this specific case in which 8558 Twitter profiles have been involved, Stanford Internet observatory has laid out several statistics that may shed a light on the actual impact of these tools.

The focus of incriminating profiles have been highly concentrated on three issues: supporting ideas of SNS and president Vucic, boosting the pro-Vucic content and attacking the opposition. Connecting the network of bots to the topics that were targeted, the network started to be created approximately in mid-2018 due to the anti-government protest “1of 5 million” in order to create negative discourse around opposition leaders and their parties’ posts, personally attacks on certain opposition figures and undermined the protest.

The total number of interactions these profiles had was little over 43 million tweets among which 85% are retweets of content from the Twitter account of president Vucic and other known pro-Vucic profiles. Based on statistics the deleted accounts in total had over 2,356,000 followers which is low number compared to the actual number of accounts (exception is 2 accounts with more than 10 000 followers), which also reflects the performance of the content shared that had some or no interaction at all, making 96% of profiles in general without substantial engagement.

The most notable original contents were links of local pro-Vucic websites and media that openly supports the regime. This is specifically present in undermining the impact that the European Union had in the packages of help during the COVID19 pandemic, and shifting the story towards strong support that China and Russia had given to Serbia, boosting the popularity of Aleksandar Vucic and his party.

Based on all presented, the network of bots undoubtedly existed but it has been created with a very low level of success based on the percentage of interactions. In addition to low levels of success, argumentation is the popularity of president Vucic which is lower than in the period before bots (2020- 43,0%; 2018- 48,8%). What may be deemed successful is spam-like activity on opposition profiles, boosting of the pro-Vucic profiles, and presentation of these contents in the media as genuine which may be classified as fake news.

In the end, the inadequate response of society and media to this phenomenon creates the doubt in effectiveness of the control over electoral processes in Serbia. Profiles have been permanently removed form platforms but no other apparent sanctions were imposed which is an indicator that impact of these new tools is still not taken seriously into account.

In light of all discussed, social media bots importance has been increasing in political discourse, and as observed can be used to manage and shape the public opinion regarding most crucial topics in politics. Their level of success and deeper impact are still disputable, as well as the certainty of their results. What is notable is that the deeper analysis of this phenomenon is much needed due to its presence in public life.

Purpose of social media bots and social media in general without control can lead to the significant curb of political discourse and propagation of the ideas that not necessarily present the reality. Therefore an adequate legislative framework is needed, since relaying on the policies of social networks may not be adequate anymore. Also, because social media platforms are the means for distribution of these tools their involvement in the shaping of legislation and cooperating with the government must be more intensified.

In the case of Serbia, the impact of social bots is undermined which can be very dangerous for the democratic principles and path that the country has set for its citizens. Additionally inadequate response of public and government on these developments in the media campaign are just the reminder of underestimation of effects that social bots can have, and may lead to their reappearance in the future. Therefore what is left for me to conclude is that technology needs to keep pace with social bot development, political analysts need to find a way for more efficient analysis of this phenomenon while governments need to create a legislative framework to fight misuse of these tools.

Mina Medjedovic is a Researcher