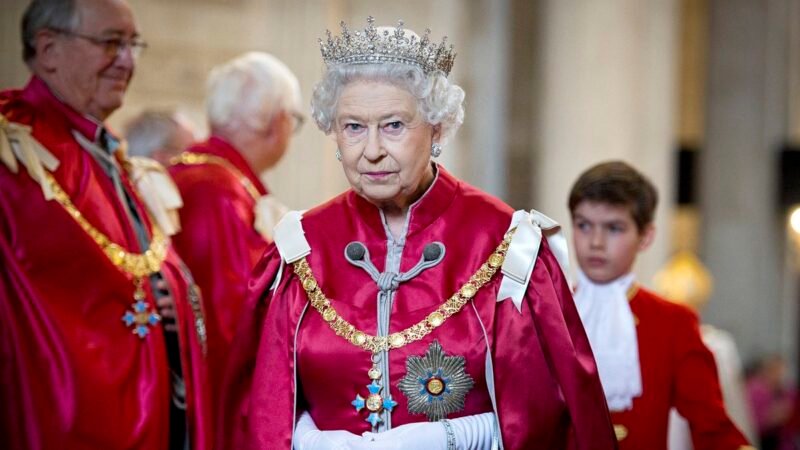 ‘But you must believe me when I tell you that I have found it impossible to carry the heavy burden of responsibility and to discharge my duties as king’, with these words king Edward VIII, the eldest son of King George V abdicated The throne of the Kingdom of England, Scotland and Wales and history sealed the fate for young Elizabeth who suddenly found herself next in line to be the sovereign after her father. Fate would soon take her to Kenya when a perfectly happy day of February dawned on her the title of queen of England after her father passed away in 1952.

Ever since the day till 8th of September 2022, Elizabeth ruled the United Kingdom with grit and grace, with 16 prime ministers and the leadership of 15 countries as the sovereign, the reign of 70 years came to a sorrowful and fateful end. As a young woman when Philip came calling on his royal relatives when on leave from the Navy in 1944, Elizabeth knew she is falling for him. As the VE day parade in the United Kingdom rolled celebrating the glorious triumph of the West over Nazi Germany, it also saw the beginning of a new alliance. The marriage was soon solemnised and blessed by a ‘reluctant’ king as Phillip had foreign ancestry and humble origins. However, Elizabeth’s steadfastness and deep love for Philip made her father give in. Just after 3 months after India gained independence, the knot was tied.

Fast forward to 1952 when the Princess became the Queen. It was for the first time that the coronation was televised much to the chagrin of Winston Churchill, as they say, the new ‘Elizabethan era’ had started. Pushed into a new and unfamiliar role Lizzy started the role with a clean slate, charting new paths, keeping the welfare at the heart of her ‘subjects’ she became the first sovereign to visit Australia and New Zealand. Knowing people and meeting people was always her first priority, a practice she also enforced on Charles and Princess Diana later. Her reign marked the setting of the sun on the Brits, geopolitically Britain was relegated from the glorious days of Pax Britannica to second in command of the West under a former colony,’ The United States’ during the Cold War. From seeing the monarchy wielding real power to turning into a ceremonial stamp, Elizabeth harked from the era where the monarchs were not only a source of tradition but also real power and strength. Of course, she found it difficult to adjust, traversing through tough times and many internal contradictions but once she understood it, she excelled in it.

Commonwealth for instance is  an  organisation attributed to her in its entirety, her likeness towards the people battling for rights found her in ‘eccentric costume’ debate with Margaret Thatcher on sanctioning the apartheid South Africa as a vocal monarch she spoke loud and clear where she stood but as ceremonial head of state she always ‘towed’ the line of ‘ her Prime minister’

Even as the head of the ‘Royal House of Windsor’ she stitched a complex alliance of disparate people, scandals like Camilla Parker Bowles-Charles affair, Princess Diana’s death, Prince Andrew’s misgivings, Harry and Meghan Markle’s marriage were dextrously handled by her or as Philip would say ‘she kept doing the job of the queen’

The monarchy under her tested the feisty water of gross unpopularity to sheer acceptance. Polling suggests that a large majority of Britain still supports monarchy ranging from 70 to 74% with never falling below 65.

Her reign marked many unique events, for instance, the famed handshake with Martin

McGuiness, the former commander of IRA, the organisation that surreptitiously killed Lord Louis Mountbatten the known member of the monarchy in India and queen’s doted cousin is also a testament to her forgive and forget trait unfounded in the monarchs ensconced in the firm belief that with changing times monarchy should also change. The recent Scottish and British referendums unsettled her as she had always been an avid free trader but she never spoke and never means NEVER.

As the longest-serving monarch of the United Kingdom, the queen embodied everything an ideal monarch does. Her 70-year-old stint on the throne gave the royal family the stability it craved and popular acceptance it needed.’ Her Majesty’ was an institution in herself and if history is a guide the last standing monarchy would certainly need a revamp soon . Charles now King Charles would need to establish a dual rapport both with the Whitehall and the people at large. With the new Prime Minister in charge and double-digit inflation, the monarchy might earn the wrath of disgruntled politicians and disenchanted people soon.  With ‘Mummy’   gone Charles would have to manoeuvre a difficult path and would have big shoes to fill. If she were to do half the job as her mother did, the monarchy would survive. Indeed God save the queen would be replaced by an ode to the new king but the life of the monarch reigning for 70 years amidst myriad changes would never be forgotten.

As ‘Operation London Bridge’ takes a full swing in the United Kingdom, tributes are pouring in from around the world to mark the great life of a lady that transcended generations. It wasn’t just a demise of a sovereign or the end of an era, it’s akin to history turning a page while the ‘London Bridge’ weary for long finally and fatefully falls!