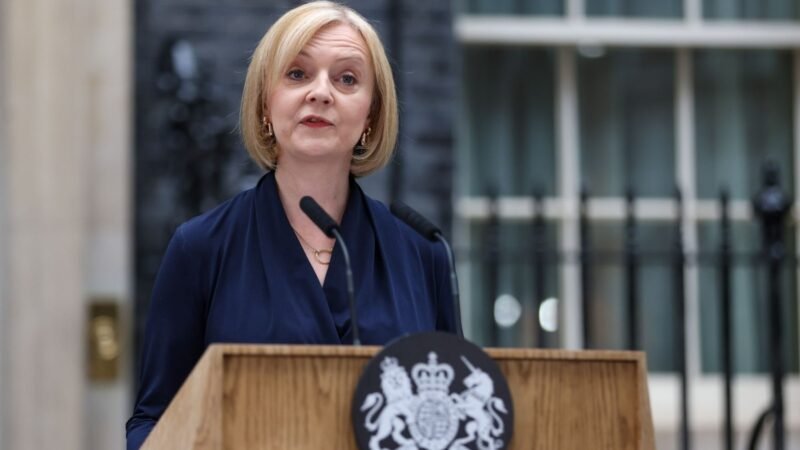 Boris Johnson, a populist and charismatic leader won the UK 2019 elections with a landslide victory for a second term coincident with the rise of right-wing populist figures in other parts of the world. Johnson’s second tenure came at a critical time as the UK had to deal with the Covid-19 pandemic, US withdrawal from Afghanistan, the Russian invasion of Ukraine, and negotiating the Brexit deal. Johnson saw his rating go down as his government kept rocking from one scandal to another. His disregard for covid protocols, his inept handling of inflation, and his poor judgment in promoting a sex offender despite knowing his record eventually led to his downfall, sparking a contest to who would succeed him in the PM position with the former chancellor of the exchequer and foreign secretary emerging as favorites.

Analysis of Truss vs Sunak race is interesting in many ways – understanding how economics, populism, race, and gender can influence voting patterns. It also helps in understanding why well-meaning candidates with sound economic policies often fail to attract people who are most likely to vote for candidates opting for populist policies which may not favorable in long term. It also shows politics favors candidates who are pragmatic and cautious in their political moves than candidates who try to constrain themselves with idealism.

Sunak was one of the earliest members to quit Johnson’s cabinet while Liz Truss remained a Johnson loyalist refusing to take a stand on the Chris Pincher scandal. Boris Johnson was a populist who despite his falling ratings still commanded considerable appeal over voters. So, continuing to back Johnson despite his unacceptable actions seemed to be a politically wise move that allowed the Truss camp to paint Sunak as disloyal and also secure Boris Johnson’s backing for Truss. Looking at Truss’s fluctuating stand on issues it can be noticed that she is pragmatic and knows to identify her core voter base and align her positions according to their interests. She was a Remain supporter, and as the conservative voter base began strongly supporting Brexit, she aligned herself with her Brexit base. While Sunak spelled out his stance of offering targeted support to lower-income groups which may have alienated some middle-class voters, Truss took a safe position by promising to act immediately but careful remained ambiguous on what the course of action she would take. Her political pragmatism helped her to reconnect with her core voter base and pay her rich political dividends.

The main point of divergence between Sunak and Truss was their economic policies, while on other issues they seem to more or less agree with each other. While Sunak was planning for a long-term graduated change Truss opted for policies that would be more politically prudent. Sunak wanted to continue his planned increases in taxes to reduce the government debts and control inflation while Truss favored tax cuts which would have reduced government income and led to increased debt stress for longer times to come. Sunak also favored lower taxation, but with a graduated approach to ease the burden on the government exchequer. He had planned an increase in a corporate tax increase to 25% which is fairly low by European standards. France and Germany have higher rates of taxation. India a similar-sized economy has a corporate tax of 30% for large corporates. Truss scraping of the tax increases would mean lesser government funds which would mean a delay in repaying debts accumulated during COVID, which is not a sound financial policy. Sunak’s large-scale spending on Covid from the state exchequer might have led Tories to question his commitment to their core economic policies of minimal state intervention, though they were instrumental in helping Britain effectively combat the pandemic and its associated economic impact,  further reducing his chances.

Despite Sunak’s denial that his race has anything to do with the outcome of his Prime Ministerial race, a quick look at UK politics does not agree that UK politics is race/ethnicity blind. Race, ethnicity, and immigration have been contentious issues in UK politics as is the case with most of Europe. Indian-origin immigrants have been Sunak’s most vocal supporters. Back home, Indian media and social media were jubilant that a person of Indian origin is in the race for the top job in the country of their former colonizers. Similar racist thoughts have been in British conservative circles who may have continued seeing Sunak as an immigrant (irony given that Sunak himself has strong anti-immigration policies). The Tories are a peculiar group that while they espouse xenophobia and an anti-migrant stance some of their most vocal proponents are leaders from Asian and African origins. In the eyes of a British conservative voter, Sunak’s ethnicity might have deemed him to be not British enough. In the race vs gender binary of the current elections, UK voters may have chosen a woman PM, while Sunak’s ethnicity might have failed to secure his votes. To be fair the contest was closer than expected, Sunak lost by a narrower margin indicating the race factor is diminishing over time.

Either way, the race for the  UK premiership highlighted an important trend in politics – In the developed world or an underdeveloped world, populism, pragmatism, and racism often prevail over well-researched social and economic policies. And the UK is no exception.