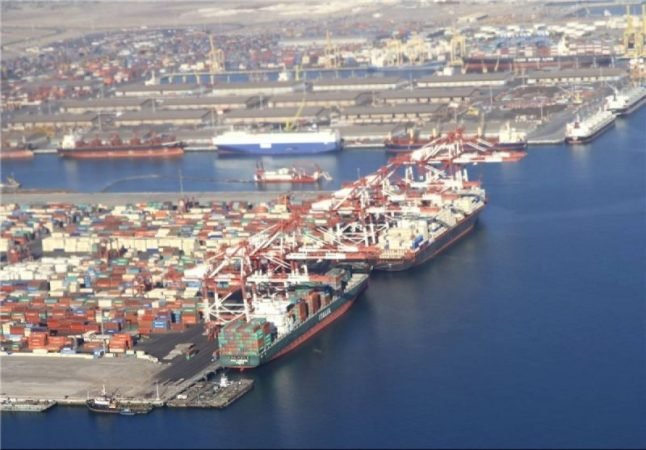 The Chabahar project was indeed one of the historic agreements signed between India and Iran. As part of the comprehensive project, the area of focus in between the two countries was with respect to the construction of the Chabahar-Zahedan Railway network, which was deemed to have transformed trade routes within Central Asia and the Middle East. It was in the year 2016, during Prime Minister Narendra Modi’s visit that the plan was charted out; promising the construction of five berths at the port alongside the development of the rail corridor. The task of such significance was assigned to the famous Indian Railway Construction International Limited (IRCON).

However, recent developments showcase a different narrative. Iran has decided to drop India out of the railway project, citing an issue of funds. This stands as a major disruption of the trilateral agreement between India, Iran and Afghanistan. The statement, of course, has stirred a lot of theories and political unrest as the decision made by Iran came immediately after it signed a bilateral agreement with China. The agreement mentions a 25-year strategic plan with an investment of $400 Billion. The bilateral agreement between the two countries presents a gruesome picture for India juxtaposed with the escalation between India and China along the LAC, last month.

In light of the above statement, Ambassador Anil Trigunayat, Former Indian Diplomat and Distinguished fellow at VIF mentions, “Well it comes at a time when the regional Asian landscape is witnessing a churn and the election-bound US is decisively taking on China and Iran. Elsewhere Turkey and Russia are flexing muscles and regional powers hatching their own interests and pockets of influence. Reports indicate that Iran has decided to go alone on the Railway line for which during the visit of PM to Tehran an agreement was signed.” Indeed, it could be ascertained that the geopolitical dimensions of Asia are changing and these developments account towards major shifts in power too.

China has been a watchdog vis-à-vis relations between countries within its ambit, as well as overseas. The common pattern of diplomacy practised by the country is evident and that is precisely what Nagapusha Devendra, Strategic Affair Analyst, IDSA, India presents as a claim. She says, “The most interesting fact here is that the official announcement from the Iranian side came after the historic Iran-China 25 years strategic partnership deal. It seems that China noticed the growing gap between India and Iran, and decided to take advantage of it by strengthening ties with Iran. Unlike India, China played a major role in helping Iran to tackle global economic isolation, became the largest importer of Iranian crude oil and stood against the US sanctions, particularly in times of COVID-19, winning hearts across the country.”

The third angle to India’s retrograding relation with Iran is the sanctions by the United States of America. The sanctions had limited the economic prospective of Iran and have strained most of the country’s bilateral relations. The strategic move on part of China at such unprecedented times draws attention in the most definite manner. Shreyas Deshmukh, Fellow at Delhi Policy Group remarks, “Iranian economy is at present going through a difficult period due to pandemic as well as US sanctions. Recently as Iranian President announced that they are negotiating a deal with China to bring large investments in the country.” Mr Deshmukh views Iranian government decision of dropping India out of the Chabahar Railway project as an “act of coercion”, but could be another “negotiating tactics” based on the history shared by India and Iran.

Moving further from the general overview of the situation, Ms Devendra brings forward substantive economic justification for the Iranian move. She mentions, “In 2018, both the countries agreed to trade in the rupee-rial payment mechanism to bypass the sanctions. Under this deal, the payment for oil imports would be held in Indian banks which the Iranian companies can use to settle payments for the Indian goods and services. But since India has stopped importing oil from Iran, there is no payment due; as a result, Iran cannot continue to purchase Indian goods.” As a matter of fact, the capital liquidity of Iran was on the brink of getting dissolved and India’s inability to resolve the matter became contentious. In wake of this crisis, Miss Devendra also informs that Tehran has already marginalized India-Iran underwater LNG pipeline Project.

China could be a potential player in the Chabahar Project now which further strengthens its position in Asia. The Belt and Road Initiative, String of Pearls and if the Chabahar Port puts China in a very invincible pedestal. As part of the dropout plan, it is isn’t only India that is bound to suffer, but also Afghanistan. Mr Deshmukh highlights, “Both announcements came at the time when the US is withdrawing from Afghanistan, India- US relations are strengthening and the China-US relations continue to deteriorate. Hence this could be the pressure tactics from China to part Iran to its side.” Given the political instability in Afghanistan, such comprehensive projects would have uplifted its economy, however, this decision retrogrades economic stability. The port not only serves access to Central Asia but also a revised gateway for Afghanistan.

The flaking out of the Joint Comprehensive Plan of Action and the US sanctions have jerked the balance of business between Iran and India. Miss Devendra reinstated the statement saying, “India, despite getting an exemption for the development of the port from the US sanction, feared adverse impact on its business with the US and the progress of Chabahar port project has been very slow.” Mr Shreyas Deshmukh adds to this debate mentioning, “Now due to collapse of JCPOA and the new US sanctions making it difficult for India to invest in this project, for a time being, as Indian diplomats are negotiating with the US for sanction waiver.”

Disregarding all the speculations, Ambassador Anil Trigunayat says, “It is possible that Chinese who are reportedly going to sign a Comprehensive Economic Agreement with Iran and may fund the project in due course if the Iranians are unable to do on their own. In my view, we should have completed it already given its strategic connectivity to Afghanistan, Central Asia, East Africa and the North-South Transport Corridor.” There are several possibilities that could shape the future of Chabahar Port. However, India must closely observe the developments and prepare for counter-productive measures