What the Recently Leaked Recordings Reveal About Iran 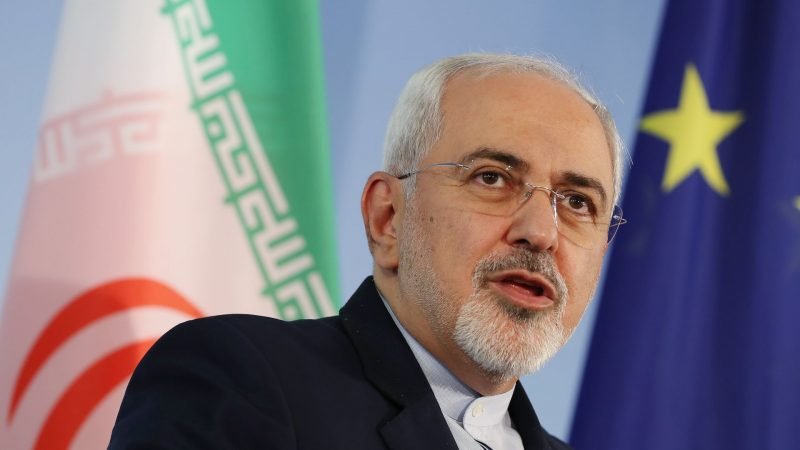 In excerpts from a recently leaked audio recording, Iranian FM Muhammad Javad Zarif is heard to tell Saeed Laylaz, an Iranian economist and a supporter of the reformist camp, that the IRGC and the late Quds Force commander Qassem Soleimani dictate(d) Iran’s regional and foreign policies. Soleimani was killed on January 2020 in a US drone strike in Baghdad.

The tape confirms that Zarif is “filled with bitterness against the IRGC, and particularly with Soleimani,” said Brig. Gen. (ret.) Yossi Kuperwasser, former head of the research division in the IDF Military Intelligence Directorate.

“The reality is that the IRGC is the dominant force in the power struggle taking place around the Supreme Leader [Ayatollah Khamenei] in Iran,” said Kuperwasser, a senior fellow at the Jerusalem Center for Public Affairs.

Khamenei is ideologically close to the IRGC, and has allowed the elite parallel military body to take over Iran’s economy. “The IRGC therefore has very significant power in Iran, in addition to its military force,” Kuperwasser said.

“Almost every time I went to negotiate, it was Soleimani who said, ‘I want you to make this concession or point,’” Zarif said in the recording. “I was negotiating for the success of the [military] field.”

“The general structure of our Foreign Ministry is security-based,” he added. “There is a group in our country that has an interest in making everything security-based, to highlight their own role.”

Iranian president Hassan Rouhani said last week that the leak was an attempt to sow discord in Iran during a decisive phase of nuclear talks with world powers in Vienna. Rouhani ordered an investigation into the leak.

Despite the overarching power of the radical camp in Iran and the IRGC, “the Supreme Leader doesn’t always adopt their position,” Kuperwasser noted. Khamenei’s backing of the 2015 decision to enter a nuclear agreement is an example of his taking the reformist position.

Mohsen Fakhrizadeh, the late head nuclear scientist in Iran who was assassinated in November, played a key role in instructing Iranian negotiators on what to insist upon during the 2015 talks, said Kuperwasser. The scientist was cited for his achievement after the deal was signed.

“There is no difference in objective between the reformists and the radicals. Both want Iran to be nuclear,” said Kuperwasser. “The reformists believe the right way to do this is to exploit the weakness of the West and to progress towards a nuclear bomb without disruption, while the radicals say, ‘Who cares about the West? Let’s proceed to the bomb faster, because the West is too frightened to confront us.’ This is the main difference between them.”

While the reformist camp saw the 2015 deal—as well as the current revived version—as an opportunity to improve Iran’s poor economic situation and help Iranian citizens, economic relief is less important to the radicals.

At the same time, Kuperwasser assessed, the hardline camp may now be more open to the idea of a new agreement in view of the ravaging of the Iranian economy by the US sanctions imposed in 2018 by the Trump administration.

The same dispute between the camps took place around the IRGC’s ambitious entrenchment program in Syria.

The reformists were critical of the scope of resources the IRGC was pouring into its program to take over Syria (though not necessarily of the effort itself) at the expense of the economic interests of Iranian citizens. Criticism also arose over the scope of the IRGC’s “adventures” in the Middle East.

This could help explain why Zarif temporarily resigned in February 2019 after having been left in the dark about a visit by Syrian president Bashar Assad to Tehran.

Zarif also said he was surprised when US Secretary of State (and current US Climate Envoy) John Kerry told him about 200 Israeli airstrikes on Iranian assets in Syria.

Kerry called Zarif’s claim “unequivocally false. This never happened—either when I was Secretary of State or since.”

Even if the conversation did happen, the news was hardly secret. In 2018, Israeli officials confirmed to media outlets that 200 strikes had been carried out on Iranian targets in Syria since 2016.

According to Kuperwasser, this constant power struggle is useful to Khamenei. “He does not rush to one side or the other,” he said. “Khamenei is closer to the IRGC, but he allows this argument to run on. He usually backs the IRGC, but not always.”

Ultimately, Khamenei is able to use a good cop-bad cop routine to extort concessions from the West, just as he did from US negotiators in 2015, said Kuperwasser.

“Iranian negotiators said in 2015 that they were under restrictions placed on them by the Supreme Leader, as if the US has to take this into account. And negotiators fell into this game. That was the real problem with Kerry and the nuclear deal,” he argued. “Kerry’s claim that the West must strengthen Zarif and Rouhani against the IRGC came at the expense of US … interests” in the form of a poor nuclear deal that empowered the Islamic Republic and its radical agenda.

Yaakov Lappin is a Research Associate at the Begin-Sadat Center for Strategic Studies and a military and strategic affairs correspondent. He conducts research and analysis for defense think tanks and is the military correspondent for JNS. His book The Virtual Caliphate explores the online jihadist presence.