Disruption of the Critical Infrastructure in the United States: An ace out of the Super Terrorism Book 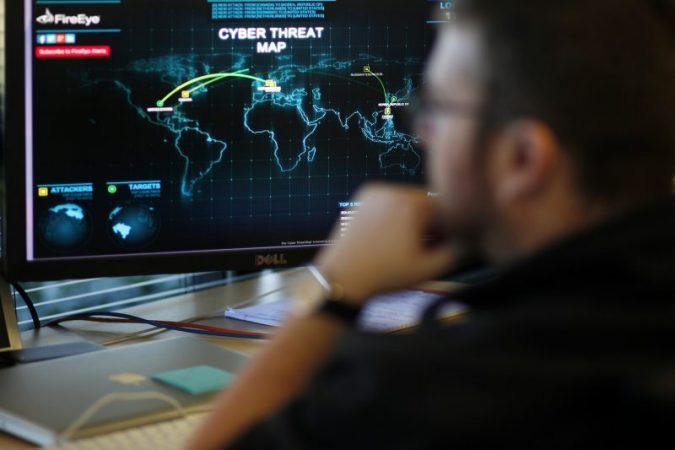 United States of America similar to the rest of the international ecosystem is facing confrontational and debilitating state and non-state actors, in a turbulent global-scape. In a manner, the energy crisis and the energy wars along with the water world wars have always been omnipresent but with the illegitimacy of the Han connection in the Pandemic spread in the world, the non-conventional modes of waging invisible and silent wars have come to the foreground in the contemporary context. The recent disabling of the Colonial pipeline in the American heartland affecting all the American states is an apt pointer in the direction of the subterfuge and malpractice adhered to by some nations to befit their vainglorious and hegemonic national interests materialized by their power and material capabilities.

The novae genre of insidious intent has been observed through the phenomenon of, Super terrorism which utilizes unconventional and hidden instruments of unleashing carnage on the civilized, democracies of the international system. Along with the algorithms of realpolitik, its matchpolitik which is gainfully employed by nations such as People’s Republic of China (PRC) to destabilize the stability applecart of nations such as Australia, Japan, South Korea, India and the United States of America. The daring dragon forces has been using its state-sponsored cyber-attacks frequently as ‘cyber psyops’ to target rivals’ defence, economic and military capabilities or as ‘cyber espionage’ to target military and corporate data servers for intelligence gathering or as ‘cyber terrorism’ to target a nation’s infrastructure (physical & digital) and vital assets.

Thus the emergent need for counter machinations such as, the Quad Group of Nation- States led by India and United States serving as a counter foil for the Chinese expansionism, which, these nations need not posit solely in an anti-China language and parlance alone. There are the cooperative amalgams of Innovation, Artificial Intelligence, maritime strategy and several other mechanisms and themes which the Quad group of nations are cooperating and coalescing on.

The Realist paradigm of foreign policy making and theorizing is all for the taking as the International Organizations approach linking up the nations and their resources has not been able to contain the proliferation of these antics to destabilize these nations. The current outage in the United States is nothing but a grim reminder of the fact that how can a superpower be hobbled and humbled despite its superior capability quotient of tangibles, materially. It’s not early days anymore as foreign hackers have belittled the mammoth Colonial pipeline leading to larger public distress as physical and transport oriented infrastructural modicum are being used to stem any public distress. Its disaster management times in the United States but hacking once again emerges as a key percept and tantalizing tenet in the present-day Armageddon amongst the nations which are pitted against each other.

The operating ethics of Super Terrorism are very simple and well hewn with pinpointed directness. The perpetrators and the terror mongers do not add on much resource, from their side of the fence. It’s all about the canny idiom of utilizing the advanced technological and concrete infrastructure of the targeted nation such as the Superstate, United States of America. The Covid-19 pandemic has too been part of the self same machination to hobble nations and liberal democracies the world over in a gigantic mega effort. The same rings true for the current energy (gasoline, diesel, natural gas) crisis in the leading nation, United States of America. A cyber attack has led to the stoppage in the supplies by a top notch American pipeline which is both a node and inter-node of crucial superstructure of infrastructure in the American heartland. The attempt is to stultify the mighty nation which is rather similar to the power outage in Maharashtra a few months back.

Bloomberg reports that restarting the pipeline might not be an easily attainable task, as; the pipeline stretches from snow-clad Alaska to New Jersey and has been knocked offline. Still, it need not be highlighted that US Oil concerns are prepared as part of their anticipatory training to tackle such outages caused by Hurricanes and extreme weather conditions and can wait patiently for the restoration of supplies and pride themselves on restoring the obstacle supplies.

The White House too recently came out with an executive order to stem damage to oil supplies which might lead to loss of Public health and environmental damage but still the cracks open for a public catastrophe have not been completely tidied over by the former President in a Wall Street Journal report.

The American national daily, Wall Street Journal reports that, “Over the past decade, as the U.S. shale revolution has opened up new sources of domestic oil and gas production, midstream takeaway capacity has struggled to keep pace. Building new interstate lines has become a costly, open-ended process, as climate-change politics have overwhelmed what used to be a straightforward permitting exercise. American consumers will pay the price in fuel shortages and higher costs, and the environment won’t benefit.” Still keeping aside the tertiary debates of national security the cyber attack amounts to a debilitating ransomware attack on the 5,500 km long Colonial pipeline. The cyber attack is a poignant reminder of the vulnerability of the critical energy infrastructure of the American homeland which requires an entirely new brainstorming and preparedness.

Ransomware is a global modern pandemic, as institutions in all sectors around the world are being increasingly targeted irrespective of Nation-State geographical peripherals. It has befallen too large of a menace for any one entity (Nation-States/Institution/Global Groups say Quad, G-7, NATO etc.) to address; the scale and magnitude of this challenge urgently demands coordinated global action. The potential strategy may be revolved around quad centripetal antidote forces comprising of following goals: (i) To deter ransomware attacks through a nationally and internationally coordinated, comprehensive strategy; (ii) to disrupt the ransomware business replica and trim down criminal profits; (iii) to render assistance to organizations/nation-States to get prepared for ransomware attacks; and (iv) respond to ransomware attacks more effectively and efficiently.

Dr. Manan is a Faculty, International Relations & International Organization at the Indian Institute of Public Administration (IIPA), New Delhi || Mr. Shonit is a PhD Scholar, Central University of Kerala & was a former Research Assistant at IIPA.