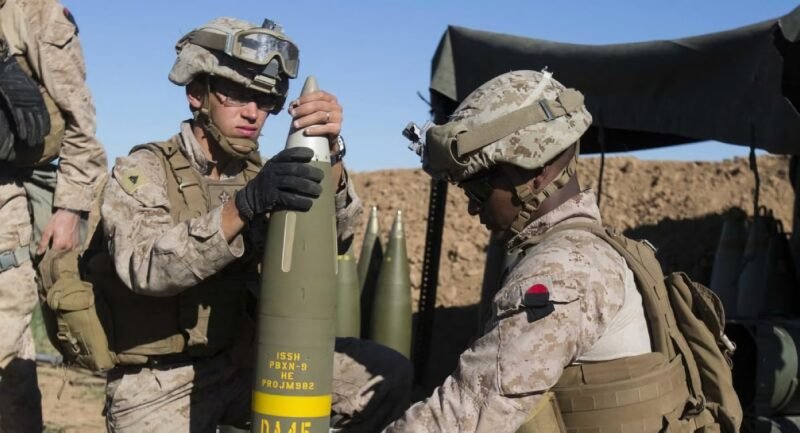 The Pentagon has sent Ukraine its most accurate artillery shell, the GPS-guided Excalibur, according to budget documents that confirm the previously unannounced addition to the arsenal assembled to combat the Russian invasion.

A plan to replenish the US stock of Excaliburs acknowledges for the first time that the Pentagon has been supplying Ukrainian forces with the shell. Officials have sidestepped questions about the Excalibur despite reports that planning was underway to provide it and then that it was already in use in Ukraine.

A satellite-guided weapon that can hit within seven feet (two meters) of its target, the Excalibur was first used in Iraq in 2007 in the high-profile killing of al-Qaeda leader Abu Jurah and associates.

The Defense Department will spend $92 million in congressionally approved supplemental funds “for procurement of replacement M982 Excalibur munitions transferred to Ukraine in support of the international effort to counter Russian aggression,” according to a budget document last month that wasn’t previously disclosed.

Used in 155mm howitzers — the Army’s workhorse field artillery — the projectile was co-developed by Raytheon Missiles and Defense and BAE Systems Bofor. The precision-guided Excalibur lets battlefield commanders zero in on targets more precisely. It has a range of 25 miles (40.5 kilometres), according to the documents.

On Thursday, US officials announced further aid to Ukraine and its neighbours, including $2.2 billion in proposed future Foreign Military Financing plus $675 million in arms, munitions and equipment from existing Pentagon inventory. The drawdown includes a weapon not previously sent to Ukraine — 1,000 “Remote Anti-Armor Mine (RAAM) System” shells that dispense anti-tank mines. The Defense Department’s announced list of equipment doesn’t include more Excaliburs.

But the Excalibur is listed in documents spelling out how the Pentagon is spending some of the $20.1 billion in the “Additional Ukraine Supplemental” signed by President Joe Biden in May. The Excalibur rounds were taken from Army stocks as part of 19 “Presidential Drawdown Authority” moves valued at $8 billion. So far, the Pentagon has detailed restocking purchases totalling about $7 billion in seven instalments through last month.

“The $92 million addition to Excalibur more than doubles the program’s budget, adding about 900 projectiles in fiscal 2022,” up from $56.7 million that Congress approved this fiscal year, according to Mark Cancian, a defence analyst with the Center for Strategic and International Studies who’s monitoring Ukraine-related spending. The $56.7 million is to purchase 374 of the sophisticated, GPS-jam-proof rounds, according to Army budget documents.

“This also confirms what had long been suspected, that the United States is providing this advanced weapon to Ukraine,” Cancian said. Each round currently costs from $98,700 to $106,400 in fiscal 2021 and 2022 dollars depending on the quantities purchased, according to Army budget documents.

Excalibur’s demonstrated accuracy “enables the first-round effect on the target, reducing the number of rounds required while reducing collateral damage,” according to Army budget documents.

Based on its capabilities, the weapon probably has been used sparingly to surgically destroy Russian command posts and command-and-control centres as Ukraine troops engage in artillery duels with the invaders in the eastern regions.

The Additional Ukraine Supplemental act provided more than $40 billion in emergency funding. The Pentagon’s portion amounted to at least $20 billion, including $6 billion for Ukraine assistance and equipment and $9 billion to replenish US equipment stocks.

“There’s a lot of money in the reprogramming for increased production capacity for future procurements,” of weapons such as the Guided Multiple Launch Rocket System used on the HIMARS system, Cancian said. They can fire more than 25 miles (40 kilometres).

The US has also been sending sniper rifles to Ukraine and is seeking $265,000 to replace its sharp-shooting stocks as well as $80,000 for long-range spotting scopes that were sent with the rifles.

The Pentagon plans to spend at least: