Coming of Age for Robotics in India: The Japan Factor 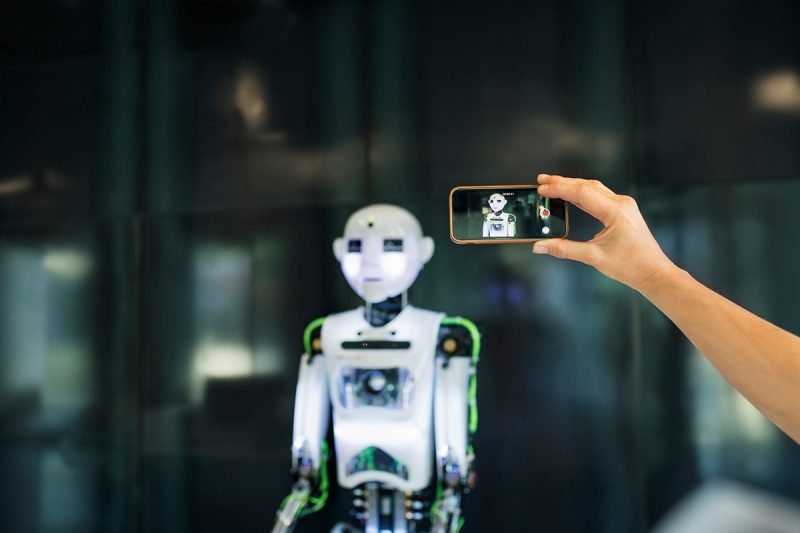 Why it is crucial? Coz this ‘big bus’ India can’t afford to miss. The fear? India is poised to miss this.

Robotics is one of the high-end technologies that this digital age is witnessing. There is no doubt among the practitioners that it is the next big thing which will transform humanity in the next 50 years. The signals of this transformation are slowly visible and seem promising. In the field of Science & Technology (S&T), robotics is turning the tables of supply lines in a big commercial way. It attracted the focus of producing as well as consumer countries in significant aspects of productivity, longevity, delivery mechanism and inspection. The ability of robotics to replace human resources with greater efficiency made it inevitable for India to trace and assimilate its potential for their greater good. With the pace at which robotics benefitted economics of trade & commerce, soon it will be at center stage of policymakers and industrial users.

Japan; the biggest next-gen technology partner of India in every manner, is the world leader in robotics. They started their robotics journey in 1928 with Gaku Tensoku; the first ever for the Eastern world and till the start of this century, Japan developed the first humanoid robot ASIMO successfully. India which shares an all-weather friendship with Japan seeks infinite potential to collaborate and develop its own robotics program in sync with it. India has a nucleus of a very successful robotics private sector, albeit in an amateur stage. Currently, the global market cap of robotics is around $120 billion which is set to cross $210 billion by 2025. These figures will surely be going to be shot up if enabling technologies and industrial adoption rates increase globally.

After the initial adoption of robotics by academic research centres and its development for research purposes, India is in ardent need to prioritize robotics in the human development sectors. Japan was the most credible yet available option India had. As India stood robotics penetration limited to large manufacturing only, it is lagging in the field of personal or consumer robotics. The journey of India-Japan robotics cooperation started with industrial and surgical robots. Japanese cooperation started with FANUC India; a subsidiary of FANUC corporation in 1992 which crossed 5000 industrial robot installations by the end of 2021. Further Japanese entities like – ABB Robotics, Kawasaki Robotics, and YASKAWA India currently leading Japanese investments in India with a huge impact on markets and industries. But the limitation which India is facing is that still the societal impact of robotics in daily life is about NIL which is severely a distressing situation in this high-tech digital world. Still in the present day (2022) India imports most of its high technological robots and their components from Japan. Till the end of last year (2021), around 30300 robots were imported to India from Japan by 572 buyers. This is very amazing to see that in import markets, India tops in import of robotics, accounting for ~26,623 Japanese robotics shipments by the end of December 2021.

Currently, Japan invests in two major big-ticket investments in the field of robotics in India are – SBI Holdings Inc. and Beyond Next Ventures (BNV). These joint ventures (JVs) are meant to invest in IT-related venture companies acing in robotics in India. BNV is focusing majorly on incubating, accelerating, and supporting tech start-ups with deep technology. Japan developed industrial robots in the 1990s, known for its obsession with robots made them germinate industrial revolution to fulfil the world’s robotic demand on the industrial, service and medical sectors. Under the realization of a new industrial revolution driven by robotics, Japan’s Revitalisation Strategy was set by the Ministry of Economy and Trade (METI) by launching Robot Revolution Realisation Council in 2015. The purpose was to drastically enhance the world-leading robot innovation base and create new robot age with IoT technology. India gained from this initiative in 2016 for scientific developments but the pace stepped low with the year 2018. The rest ambled in the COVID phase.

The very imminent result of robotics craze which India witnessed was, when PM Narendra Modi and Ivanka Trump; Presidential Advisor of the then POTUS Donald Trump, launched MITRA – a Made in India social robot that interacts, assists and learns on the move. The global attention and exposure which India carried in 2017 lost its edge in the COVID phase. It is pertinent to mention here that if India achieved social prevalence of robotics in society prior COVID, it may been a great help for community health centres to treat and regulate patients with social protocols established by authorities.

With the uprising and induction of AI & IoT in robotics, the whole scenario of robotics transformed. The fading industry got its necessary bloom in India and turned into a revolution under the new National Policy on Electronics (NPE), 2019. NPE provided state-backed support to promote industry-led R&D and innovation in all sub-sectors of electronics focusing on emerging technology areas which are the basis of the robotics revolution. Electronics System Design & Manufacturing (ESDM) holds the nerve of robotics in India where Japan proved to be the key player in rolling new high-tech advanced manufacturing. India is getting major boost from the East Asian markets and developers to imbibe in domestic manufacturing setups. India must focus on growing the robotics industry to be able to serve unique Indian requirements as well as for exports.

As per the study of the International Federation of Robotics (IFR), India is on the top 15 list of the highest number of recorded robot installations in 2020 with 3200 robots deployed but it is way far from the competitors like China (~1,70,000) and South Korea (~31000). Whilst the breathe a sigh of relief here is that India is developing world-class robotics domestically with homegrown next-gen technology. The concern with ‘Robotics Revolution in India’ is that only the large-scale manufacturing units are open to adopting robotics in general. The other sectors are passive towards the integration approach in robotics and side-lining the powerful automation tools which will skyrocket the manufacturing sector to its new heights. It is well known established correlation that whoever deploys robots will become the strongest manufacturer i.e. China, Japan, Germany and South Korea proved it in an earlier decade.

It is the coming of age for robotics in India. Indian populace is ready to induce the new techs into their professional spaces. The plans for robot usage in workplaces will overhaul the effectiveness of productivity in high-intensity decision-making job sectors. Not only that, its applications in computation and engineering are the need of the hour in India. On the other hand, the eradication of social evils like manual scavenging, removal of excrement from streets, and cleaning of septic tanks, gutters & sewers can be done with the early adoption of robotics at social levels. It will save many lives of people who are employed majorly in these jobs from this social catastrophe. The Robotics revolution in India is not the need, it is the obligation.

Sectors of future cooperation with Japan

There are infinite opportunities to grow with robotics by inheriting it into societal needs. The below-mentioned sectors are the key to building India further with Japanese technological assistance and technology transfer.

India is soon going to be the powerhouse of production which is not possible without the percolation of international standard robotics in innovative and automated technologies. Global markets are flooded with robots and their components manufactured by China in the last decade whereas India is still struggling to adopt robots in industrial workspaces heavily. Indian industrial supply lines are choked with the archaic ‘belt system’ with the use of some basic PLCs. The world is witnessing the footprints of robotics from defence to home products, agriculture to surveying, production to medical assistance, surgeries to homecare, etc. This is the utmost need of India to embark on the journey of raising robotics as a part of society to rejuvenate its ambitions to uplift its society. Japanese robotics industry will be the best sustainable example for us to adopt best practices available in the industry as well as in society.

India in its robotics must increase productivity by almost 60% by 2024 without reducing the manpower which is trained to work with an automation process. It will not suck any employment of existing human resources but will provide an ample opportunity to employ more hand-in-hand in the above-identified sectors. As per our domestic demands, robotics can produce a personalised machine that can do anything when combined with machine learning, deep learning, computing, and the correct software application. The bus of robotics in developed countries are pacing where India can’t afford to miss this time as happened with the computers in the 1980s. Our competitors are acing in this domain with great assembly lines in place to manufacture as per the needs and deeds. The technological assistance from Japanese corporations and confident backing by a supportive government will change the landscape of robotics footprint in India. It will not only sum up productivity but upgrade every aspect of life.

India is witnessing an initial development of robots in vigilance and tracking activities majorly in defence and civil administration. Currently under the Tech Start-up program of All India Council for Robotics & Automation (AICRA) supporting incubation environment for start-ups and other early-stage adopters, to make robotics society intensive. It will enable users to enhance their productivity through higher value addition. Some key robots of India in place: