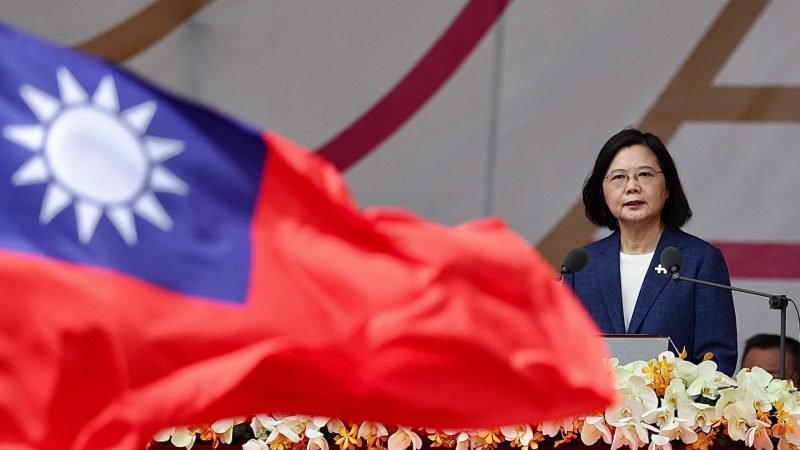 What is China up to now with Taiwan? Why is Beijing carrying out drills around the island country? The world is quietly watching the People’s Liberation Army fly jets closer to the Taiwan Strait and enjoying the frequent fireworks. Is mainland China finally going to attack Taiwan to take possession of it? Will Taiwan be as vulnerable as Ukraine? It is difficult to make a guesstimate when it involves not just China but even the US, which is the steering power of Taiwan.

China is unstoppable when it comes to drawing strategies and executing them ruthlessly using its technology as well as a military power. No doubt that Taiwan’s military showed its power too by conducting some defence drills. If Taiwan is forced to become part of China, then there would be major geopolitical unrest in the Southeast Asian region. Also, it would not be easy for the Chinese government to convince the world of its action. After all, China can’t live in isolation because of trade and business, which have to go to keep the economy going. Even if a political party wants to assert itself, it may not be in the interest of the business community. China is already seeing how it would be a retrograde step to antagonise India. Many Chinese companies have suffered financial losses because of trade restrictions imposed by India on Beijing after the Ladakh incursion.

China has no faith in any country except probably Pakistan and Russia. The question of trusting the US doesn’t arise. The visit of US House Speaker Nancy Pelosi on August 3 has left China fretting and fuming. While China is firm on not deviating from its One-China principle, under which even Taiwan must be part of mainland China, Taiwan (the Republic of China) wants to remain independent of China and run its governance democratically as it has since 1949. Ms Pelosi is the first House speaker to visit Taiwan in 25 years. She, standing along with Taiwan President Tsai Ing-wen, addressed the media. In her article in the Washington Post, Pelosi said, “In the face of the Chinese Communist Party’s accelerating aggression, our Congressional delegation’s visit should be seen as an unequivocal statement that America stands with Taiwan, our democratic partner, as it defends itself and its freedom.”

In her open support of Taiwan, Pelosi stressed the need for Taiwan-US cooperation and “shared values of self-governance and self-determination.” She also met with representatives of top semiconductor industry representatives.

She did not forget to visit the Jingmei National Human Rights Museum.

Before her visit, there wasn’t much talk about it in Taiwan. But her movement was tracked on an aviation tracker website by no fewer than 7,00,000 people. Many security measures were in place at the airport and at the hotel where she stayed to make her visit safe. There are two factions in Taiwan: one that supports the Taiwan government’s decision to align with the US, and another that is anti-America because it believes the superpower country is unnecessarily dragging Taiwan into a cross-strait conflict.

China has aggressively reacted to Pelosi’s visit. There was Internet service disruption, followed by a ban on the import of certain fruits from Taiwan. Of course, the most important reaction was the live-fire military drills that took place for a couple of days after her visit. Taiwan was a witness to air incursions by dozens of Chinese warplanes close to the Taiwan Strait.

China did not surprise the world with its air incursions because its routine keeps up such aerobics. However, the live-fire drills were new and this is being discussed across the globe about the possible security threat to the island country. The Ministry of National Defence of Taiwan views China’s stepped-up efforts to threaten Taiwan as an attempt to leave the country financially weak by blocking its trade.

There could be several inferences, interpretations, and views on the military exercise China conducted following the visit of Pelosi. But one thing is certain: if China takes over Taiwan, it will be more powerful in its threats against US military bases in neighbouring countries.In terms of military strength, Taiwan is a small peck when compared to China. If there is going to be a confrontation on the ground, then Taiwan, at the most, like Ukraine, will resist for some weeks provided it gets support from the US. The only solace, for now, is that US President Joe Biden has made a cryptic remark that if the situation warrants, then the US would defend Taiwan’s military. However, prior to her visit, he wasn’t keen on further antagonising China. The US has always been intentionally ambiguous in its policy towards Taiwan. The visit had come at a time when the tension between the two superpowers had worsened.

Beijing was so upset with her plans to visit that senior Chinese diplomat Liu Xiaoming tweeted that the Pelosi visit would greatly threaten peace and stability across the Taiwan Strait. He may have said that it may lead to grave consequences. The Biden administration had also made it clear that his government had nothing to do with her trip. Congress is an independent branch of the government and Speaker Pelosi makes her own decisions. But is the world blind to the fact that Pelosi’s expressed what America wanted?

It looks like America is expediting the process of China taking over Taiwan. America is as avaricious as China. And Beijing knows this well. America is heavily dependent on Taiwan for semiconductors. Taiwan Semiconductor Manufacturing Company is considered the world’s largest chip maker and a prime supplier for US companies, including Apple. TSMC’s worth was about $100 billion in 2021.

America is trying its best to preempt China from blocking Taiwan’s exports. At the moment, America cannot source semiconductors from any other country except a portion from South Korea.

America has bullied Taiwanese companies for selling their products to Chinese companies. If Beijing can have the last laugh in this tussle, then it would be in control of vital industries located in Taiwan.

After her visit to Taipei as part of an Asian tour, Pelosi told the media that her visit was fruitful. Referring to the military drills by China, she said that was something familiar and China would not be allowed to isolate Taiwan. Her interpretation of Chinese Premier Xi Jinping is that he was scared because his country’s situation was too fragile due to domestic economic challenges.

The Western media has been arguing that there could be a potential war over the Island country. China’s modern military system displayed its strength though it could not impose a total blockade on Taiwan, military experts have commented. But Jinping is aiming at becoming the most powerful in terms of the military in the Asia Pacific. He showed a glimpse of it to the world because of Pelosi’s visit. The PLA conducted joint training in water as well as in airspace near Taiwan. A good rehearsal indeed.