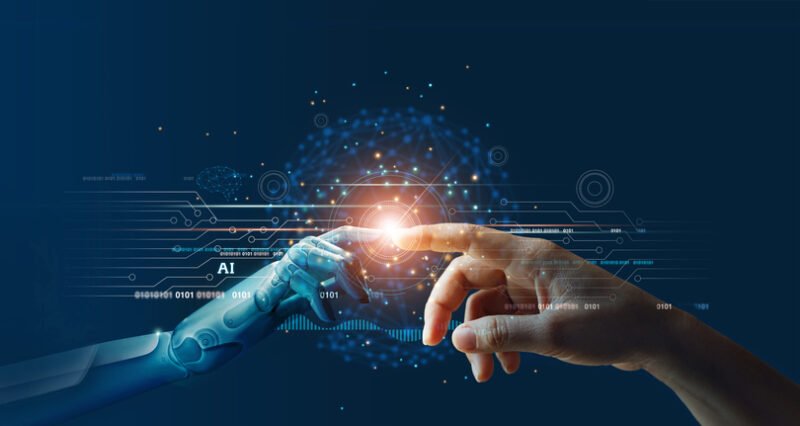 In the 75th year of Indian Independence, Science & Technology revolution took the centre-stage in transforming human lives in sync with the revamped government policies and proactive engagement with industries. The last push by adaptation from society is of utmost need to cherish the next 25 years, to become a scientifically developed country.

Is the magic line of celebrating science and technology (S&T) coming up for India? It seems, Yes. The advent of the 21st century brought new hopes for expansion in S&T as the evolution and adoption of scientific achievements witnessed the celebration of inventions. In its stint to yield benefits of S&T, India rolled multiple avenues of international cooperation by keeping in view self-reliance.

After witnessing the last two dreary decades of mass revolution in S&T of the 20th century, “New India” is marching forward on the three important pillars of solutions, evolution and innovation. These pillars are driving on the firm bases of robust demand, attractive opportunities, bolstered policy support and rising private activities in India. Its reflection can be seen in the recently concluded Centre-State Science Conclave 2022 in Ahmedabad, Gujarat. It is a one-of-its-kind initiative which cemented the foundation of collaboration among the entities of governance in science & technology. In his address to the event, Prime Minister Narendra Modi emphasised the fact that we have to cooperate and collaborate with our scientists to create an atmosphere of scientific modernity. In this heist, scientific development of every region and every state has to be ensured in the next 25 years of this ‘Amrit Kaal’.

The speculative concern in a diverse country like India is – it took more time to produce results after investments. There may be multiple answers to this but a certain cause is the diversion of resources towards Tier-2, Tier-3 cities and suburbs. The satellite growth of industrial complexes near big cities converges the ambit of technological reach among the needy ones at suitable times. It led to hampering in bigger issues like eradication of hunger, fall in agro productivity, and access to innovative infrastructures. It unwantedly booms migration, brain drain and effective fall in local GDP indexes.

In the Indian journey of S&T, the most critical factor is foreign investment and technology transactions. Currently, India ranks third among the most attractive investment destinations in it. India is attracting mega investment in manufacturing technologies and is already the biggest exporter of IT/ITeS services around the world. If one can see the components of technologies i.e. hardware, software and services; India is leading from the front in software and services. The only component that India is significantly battling is hardware manufacturing. The new production-linked incentive (PLI) schemes focusing on large-scale electronics, telecom and digital components are basically inclined to support the young growing ecosystem in India. The policy focus of the government on new generation technologies like space, supercomputation, semiconductors, hydrogen energy, and drone opens new avenues to take S&T in centre stage of developmental efforts. This Gen-Z is totally based on the new gen-techs where above-mentioned techs act as basic building blocks. All new innovations are resting at least it’s one foot on these. To leverage benefits out of it, international S&T cooperation is the best way to cope up with the delays. In this sector, the International Cooperation Division of the Department of Science & Technology has been mandated to negotiate, conclude, and implement S&T agreements between India and partnering countries. But the joint ventures (JVs) and collaborations don’t have the capacity, to uprise SMEs and other people-centric technologies. It needs percolation which only local R&D investment can address.

The matter of concern here is the decadal decline in R&D investment.  As per the economic survey of India 2022, India’s gross expenditure on research and development (GERD) as a percentage of GDP stood at 0.66% which is the lowest among the competitive BRICS (Brazil-1.2%, Russia-1.1%, China-2.1%, South Africa-0.8%) countries. The worrying factor is that the world average stood at 1.8% and to stand with developed nations we need it at least 3% of GDP. The immediate results reflect on the human development index where India falls by one notch from last year’s position of 131 globally to 132. It is a very established fact that those countries where GERD stands low, failed to retain their long-term human capital into productive bands.

The Indian government is putting its wholesome energy to transform, cherish, and celebrate the scientific evolution and progress in the country. PM Modi himself extended the acclamation as ‘Jai Jawan, Jai Kisan, Jai Vigyan’ with ‘Jai Anusandhan. It is the utmost need of the hour to put S&T at the forefront in public policies to grow the scientific temper among the citizens which is also an enshrined part of the Indian constitution. But the problem India is facing is laxity among the acceptance of innovative culture in working personnel. The adaptiveness among the social realm is still marginal and pessimistic towards the innovators. In the nutshell, society has to grow its mindset about the new S&T initiatives which will back them further in markets, financing, and perpetual growth.

In the last decade, entrepreneurship itself generated 107 unicorns in India with a total valuation of ~$341 billion (September 2022). Fintech (32%) and e-commerce (15.5%) clearly win the race. If you see the numbers, all the 12 sectors in which unicorns fetched funds are related to tech-enabled businesses. But it simply doesn’t serve the purpose of familiarization of S&T among the masses. The necessary boost for India to imbibe S&T will arrive with the infusion of techs in the SME sector. It is visible in the case of digital technologies via the telecom revolution in India.

Science-based development is the big idea on which the policies of India are rolling their stacks in every key ministries/departments and its results are shown when India ranked 46th in the Global Innovation Index which was 81 prior. It is very well observed that the young generation of India is inclined towards S&T where the interlinking of industries & academia is glooming with efforts from the Ministry of Science & Technology. S&T Minister Dr Jitendra Singh said in Centre-State Science that the collaboration mechanisms in the spirit of cooperative federalism to build a robust science, technology & innovation (STI) ecosystem across the country are in place. The ecosystem which relies on ‘Anusandhan se Samadhan’ can only fill the arch pending lacunas in the social hierarchy. S&T has the power to use high-end techs like space in GIS, healthcare & education, atomic energy in clean power generation, desalination for potable drinking water, heliborne methods for water management etc. for solving mammoth tasks within limited target-based timeframes. These are some success stories which we can’t even imagine how their far-reaching impacts will benefit millions of people residing on the edges.

There is no doubt in this that the new STIP draft 2020 has all the necessary elements with a broad vision to achieve self-reliance in technologies and position India among the top three superpowers in the next decade. But the biggest barrier which we will face is – attracting critical human capital through an adaptable people-centric STI ecosystem. Mere push by government policies unilaterally can’t simply achieve this. The stiff collaboration between academia, industry, government policies and society can only achieve it. Practising technologies and celebrating our scientific achievements will further percolate the scientific solutions to arch pending problems of India.

The time has come to put science & tech first, rest behind.