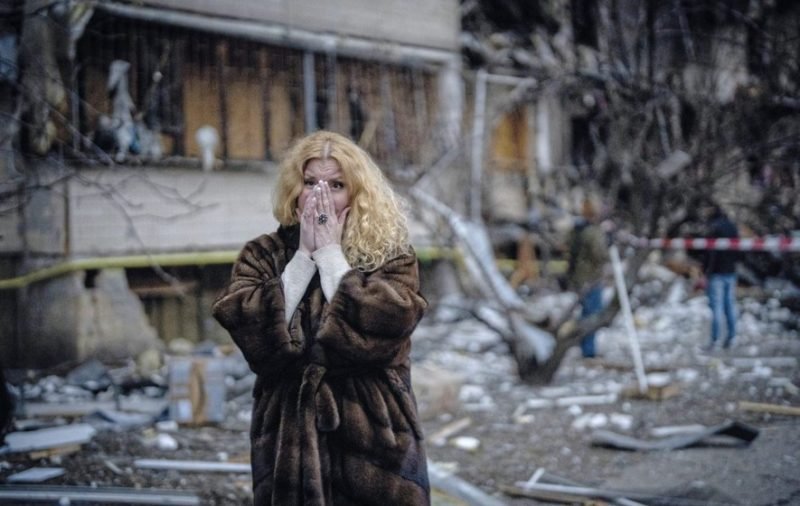 “Tell me how this ends?” is one of the famous quotes oft-heard in films during deep duress or moments of chaos. It is this crucial question that everyone is asking about the conflict in Ukraine which had surpassed more than expected time and goes brutal and gory by the day it progresses.

With Putin’s dream of capturing Kiev and forcing Zelensky into submission getting shattered and the west nonchalant response to calls of help, it is safe to say the game is between the Ukrainian and Russian leaders. A conservative estimate puts the Russian death toll around 8000 and Ukrainian even worse, if it’s true that despite getting supplied the Western Arms, Ukrainian forces are ill-equipped, it is also true that without conscription Russian leaders cannot win Kiev.

With President Joe Biden’s increasing attempt to strangulate the Russian economy heightening and the unison of European sanctions holding out, Vladimir Putin needs to reassess further course of action. The ‘western blitzkrieg’ of sanctions has opened a barrage of problems for the Russian Federation, with the revenues drying out and no alternate channel of finance available. It becomes acutely difficult to hold out war, because if anything-the war needs money. The attempt to salvage China and entice India to wean away has also been half-hearted if not completely missing. There is no help coming from Beijing and Delhi finds itself constricted between the Russian Bear and the American Bald Eagle.

On the part of Volodymyr Zelensky, the newfound star of global affairs; his effective leadership and not pulling off a ‘Ghani’ and deserting his people when needed by his country had made him an instant star. Very few people in the history of international politics had become this known in such a short span. His voice commands global attention, sadly this is all he has at the moment. With chaos ensuing, drying out coffers and casualties mounting, President Zelensky lacks the capacity if not appetite for more conflict.

Wars are truly awful but they at least reveal the truth of your capabilities. The same is true for the current conflict. Gone are the days of Russian preponderance and Ukrainian submission. The events that unfolded signify the same. The Russian acceptance of a meeting between Putin and Zelensky with a peace plan is a step unheard of just a few weeks ago. The reinvigorated attempt to halt fighting’s around Kiev also signifies newfound hope for peace. On his part, Zelensky has signalled flexibility on joining NATO and also suggested a framework for “discussions” on Crimea and The Donbas.

NOW, How This Ends?

Zelensky’s newfound voice in the global community can bring Russia back to the table and juxtapose it back from being a pariah to a global player. With The United States unwilling to take the hegemonic role in the conflict, it is Ukraine and its leader that would and could call the shots-probably their best bargain in the peace against Russia. However, it would be extremely difficult on part of Zelensky to convince Ukrainians to post the gory war for a compromise. The term will feel like surrender and a herculean task of gargantuan magnitude for the millions whose lives have been destroyed by Russia’s hubris to agree that any compromise could possibly be worth what’s been sacrificed.

The war has lost its strength-the best-case scenario would be softness on part of Zelensky about joining NATO and accepting gains in Crimea and Donbass. In return, Russia can withdraw from the nation and Putin can return to his people with a badge of victory. It would be a difficult sell but better than returning to the status quo ante before 24th February. There is already a realization about the Ukrainian army’s continued success and unavailability of Russian troops for further conflict which makes an all-out victory impossible.

To initiate the process, The west must mediate or at least extend an olive branch to Russia to end this conflict. ‘Semi neutral’ states like Israel and ‘neutral’ nations like India can and must be roped in to end the conflict. With this both the leaders would have something to sell to their people and could end up saving themselves from the impending predicament also.

The key lies with the West, further tightening of sanctions, and pushing Russia out of everywhere would ensure that Russia would be bereft of options except negotiations-else the battle may last for years. If this war were to continue, the real losers in this would be Ukrainians whose lives are upended due to violence, conscription and Russians who are  bearing the brunt of the hardest sanctions ever Imposed and dying on the field to satisfy the ambition of their ‘dictator’

THE WAR NEEDS TO END not for Putin or Zelensky but for people of these nations who for no fault of theirs are stuck in the ‘Great Power Game’ of the 21St century.