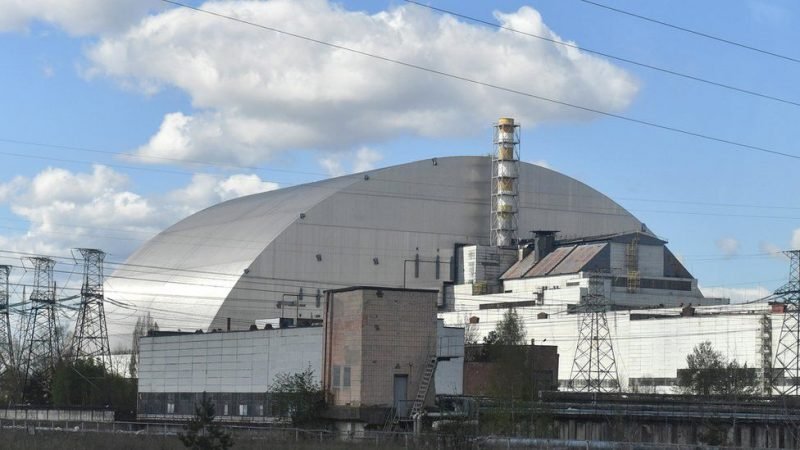 Russian troops on Tuesday vacated Ukraine’s Chernobyl nuclear power plant after weeks of occupation, but took an unspecified number of captive Ukrainian servicemen with them, officials in Kyiv said on Thursday.

“As they ran away from the Chernobyl nuclear power plant, the Russian occupiers took members of the National Guard, whom they had held hostage since Feb 24, with them,” the state nuclear agency Energoatom said in a statement on Telegram, citing plant workers.

It was unclear how many Ukrainian servicemen had been taken away.

Earlier in the day, a government body in charge of the Chernobyl exclusion zone said all Russian troops had left.

“There are no longer any outsiders on the territory of the Chernobyl nuclear power plant,” the agency said on Facebook.

When leaving, Russian troops “marched in two columns towards the Ukrainian border with Belarus” and a “small number” of Russian forces remain in the station, Energoatom said earlier Thursday.

“There is also evidence that a column of Russian soldiers who are besieging the town of Slavutych is currently being formed to move towards Belarus,” it said.

Slavutych houses the workers of the Chernobyl nuclear plant.

Since the Russian invasion, there have been fears of increased radiological risks in Chernobyl.

The site lies near the Belarus border.