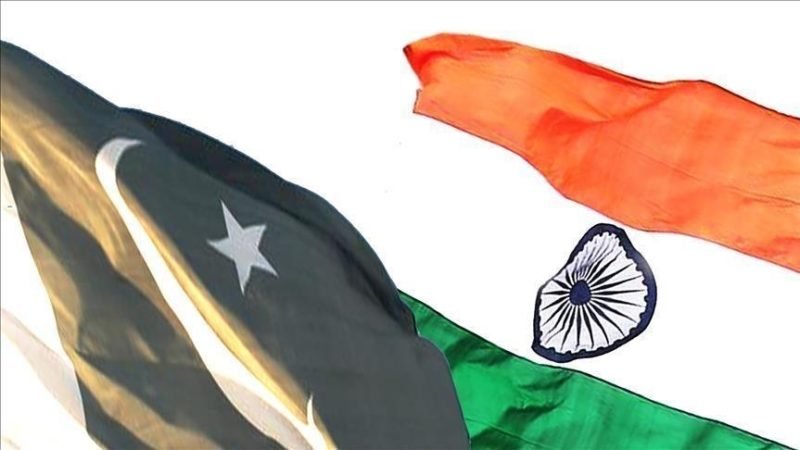 The relation between the two had undergone a sea change when they exploded nuclear devices in May-June 1998. After the explosion, Tariq Altaf, a Pakistani Foreign Office spokesman, reiterated Nawaz Sharif’s assertion saying that Pakistan was ready to have a non-aggression pact with India but ‘after the just settlement of Kashmir dispute. He urged India to take up the Kashmir issue on “priority basis” as it was the root cause of tension between the two neighbours. Despite the fact that Vajpayee had cautioned Pakistan not to internationalise the Kashmir issue, the militants–mostly from Afghanistan and Pakistan find it easier to shoot and kill the people in the mountainous parts of Jammu and Kashmir region. Further, Pakistan’s ISI wanted to involve the Jammu region in violence to show the international community that the entire Jammu and Kashmir was disturbed – to strengthen its points of plebiscite in the state.

Causes and Effects of Kargil

The net result of cross-border terrorism was the full-fledged war between the two in the Kargil sector.  It broke out in May-June 1999 which ended in a humiliating defeat of Pakistan at India’s hand.  Formerly Islamabad had fully expected the big powers to intervene because of the potential nuclear peril, thereby effectively internationalising the Kashmir dispute. When nothing of the sort occurred, and the entire exercise became dangerously counter-productive, Islamabad decided to pull back the intruders from Kargil. But the end of the Kargil war did not mean the end of continuing hostility to India. The so-called withdrawal of Pakistani forces from Kargil the border had not regained normalcy and guns continue to boom.  Added to this was the calculated revival by Pakistan of cross-border-terrorism, and resort to provocative anti-Indian action along with various points across the LoC.

As an after-effect of Kargil, the Government of Nawaz Sharif was overthrown in a military coup on 12 October 1999. General Pervez Musharraf, Chief of Army Staff, took over the Administration and again a new chapter of military rule was opened in Pakistan.  The new ruler, in a televised announcement on 17 October 1999, as a gesture of goodwill towards India, declared unilateral military de-escalation along the border.  His address also included an offer to resume “result-oriented” talks with India on “all issues” but said, “Pakistan would continue its support to the Kashmiri people for their right to self-determination” and added that India must honour all UN resolutions on Kashmir. At a later stage in July 2000 when Bharat Bhushan, a correspondent of The Hindustan Times, asked General Musharraf about different aspects of terrorism, the latter had replied that as far as the hardware and the weapons of terror were concerned, “We certainly want to curb the uncontrolled display and holding of weapons and we are taking action in this direction. But this is easier said than done. To disarm and de-weaponised a region completely is next to impossible”. On the ideological front, he presented his own definition of jihad and distinguished it from terrorism. He refused to equate these two perhaps in reference to Kashmir and said, “jehad means to struggle in the path of God, opposing victimisation against Muslims wherever it exists. But the world at large did not share Musharraf’s perception of jihad.

In this context, on times without number Islamabad has been told by countries of the world and its leaders as well to stop cross-border terrorism and reminded the assurance that the former had given to world organisations. Recently in the year 2002, the two most powerful associations of nations–the Group of Eight and the European Union through their adopted statements agreed that “Pakistan must put a permanent stop to terrorist activity organising from territory under its control. It called on Pakistan to take further concrete action in accordance with the assurances it has already given and with its international obligations, including UN Security Council Resolution 1373 (2001), to stop infiltration across the Line of Control and to prevent terrorist groups from operating from territory under its control, also through closing of training camps”. What seems to be clear, and all agree, is that the General has not done enough to curb militants. As military head and President Musharraf would have no problem in ordering terror camps in PoK to be closed. Of the powerful nations, Washington and London even doubted the power the General has over the Jehadi groups. They believe that Musharraf’s influence is limited, that large numbers of ISI officers operate independently of him. They refer to December 13, 2001, attacks on Indian Parliament and the Karachi suicide attack on French nationals as evidence that Musharraf is not the puppet master of all Jehadis.

But despite many stresses and strains on the Pakistan military over the last few years, the present-day regime’s chain of command remains intact. The logistical and communication linkages between the ISI and the Pakistani army units on the one hand and terrorist cadres on the other continue. The pattern and number of infiltrations from Pakistan into India across the LoC have been more or less at the same level. The terrorist training and launching camps which were closed briefly after January 12, 2002, in which Musharraf promised a crackdown on terror, have been reopened and relocated in other parts of Pakistan and PoK, the northern areas, Punjab and the North-West Frontier Province. There are an estimated 70 to 75 such camps which continue to be active.  India also has information that the Harkat-ul-Mujahideen and Lashkar-e-Taiba cadres are now located in PoK. There are at least 12 launching camps being used for funnelling terrorists across the LoC into India in Jammu and Kashmir. The estimate of the Indian security forces is that there are about 3,000 to 3,500 militants under training in Pakistan.

Uncertainties Prevailed in US and India

India and the US both are uncertain about the future course of action that Islamabad would like to take. But they need to keep the working closely on the goals they share in relation to Pakistan.  Not only for the present but also in recent past India’s threat of war and US diplomacy have worked well in conjunction, with each reinforcing the other’s message to Pakistan. Recent revelations of Pakistan’s help to Iran, North Korea and Libya in their nuclear weapons programmes have further fuelled American distrust and the latter had expressed its unhappiness. Equally, on the other, the Western world, including the Chinese should also pause and reflect on the consequences of supplying sophisticated arms and technology to Pakistan. Transferring the M-11 missiles to Islamabad, even in unassembled form, is to give into the hands of potential forces of destruction, the wherewithal to strike at civil society in the name of jihad.

One possible way to minimize Indo-US pressure on Islamabad to end the cross-border terrorism is to start a dialogue between the two and thereby improve relations. Difficulties are more with Pakistan than with India. Today there is a rare consensus on this in Pakistani civil society, born of very diverse reasons.  The religious parties favour this on the ground that it would increase Pakistan’s capacity to resist pressure by the US to get more deeply involved in the ‘war against terror’, Pakistan’s liberals, both in politics and business, want it in order to further consolidate the economy. With its much smaller economy, it cannot indefinitely continue to try and match India. While nuclear weapons now provide it security against any alleged Indian hegemonism, nuclear sabre-rattling of the Kargil war period will not work. Equally, it is no longer possible for Islamabad to back proxy forces, even in the name of religion. This is more so because such forces are now turning against their Pakistani army mentors.  The demands for public funds for education, public health and so are no less compelling.

Kashmir is the speed-breaker on the road connecting India and Pakistan. Kashmiri Muslims are unhappy with Indian presence, but they are also doubtful about having close relations with Pakistan. With its best chance ever to end the scourge of cross-border terrorism, India needs to closely monitor the ground situation, continue to breathe down Pakistan’s neck, and speak up whenever the circumstances demand.  India’s insistence on deeds, not just words reflects not only the emergent maturity in its foreign policy but also signals that war as an Indian policy option remains primed for exercise if Pakistan refuses.