Understanding the dynamics of Russia-Pakistan relations 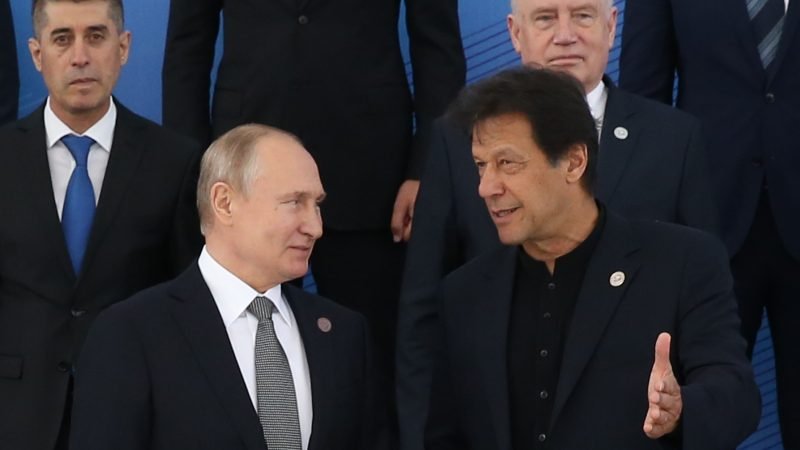 Is there a lot of bilateral diplomatic substance or just signalling?

2011 was a very tumultuous year in US-Pakistan relations. It began with an incident in January, an incident known as the Raymond Davis incident. Immediately after Davis was released from months of Pakistani custody, there was a drone strike in North Waziristan. In this strike, more than twenty terrorists were killed. A former US official had told the Daily Beast that this was basically a form of revenge for Raymond Davis. So this set the hard rudimentary tone for bad relations between US and Pakistan. It reflected the kind of frustration that had been developing in the year before because of the non-alignment of interest with respect to Afghanistan and counter-terrorism.

Then came the killing of Osama Bin Laden by US forces in May 2011, this was a matter of great shame for the Pakistani Military, a global terrorist was caught hiding deep inside Pakistani territory and the Americans were able to penetrate Pakistani air space deep within and eliminate him. At that point in time, the Pakistani Army leadership was popular inside Pakistan and these were the early dents in their popularity, which put them on the defensive. The ISI Chief had to present himself before Parliament and faced a testy moment. In which some tough questioning happened from the Parliamentarians.

The raid that killed this international terrorist had a very strong psychological impact on both Islamabad and Washington. In Rawalpindi where Pakistan Army is based, it started to believe that the other side is more foe than friend. Anti-USA sentiment in Pakistan grew even more by the end of 2011. And in November 2011 there was a NATO attack inside Pakistani territory on a Pakistani military base. Twenty four Pakistani soldiers were killed and the USA said it was an accidental incident. The USA took months to apologize (statement of regret), a process that was more complicated than it needed to be.

To some extent, the fault was due to the advice of some elements in Islamabad. It took seven months for the USA to issue a statement of regret. During that period of time, the NATO supply route from Pakistan to Afghanistan was suspended by Pakistan. It was during this period that a joint civil-military attempt to reassess Pakistan’s foreign policy, in terms of what they saw as dependence on the USA was conducted. In December 2011 Pakistan’s Foreign Office held an event for Pakistan’s envoys to meet and provide advice to the Government of Pakistan in order to review its foreign policy. The gathering had recommended to the government open a new chapter in its relationship with Moscow. Also, Beijing had encouraged Islamabad to reach out to Moscow and cultivate this relationship.

In early 2012 Pakistani Foreign Minister Hina Rabbani Khar visited Moscow to look into how to enhance Russia-Pakistan ties in political, economic, security and diplomatic engagement. She met the Russian Foreign Minister. Pakistan had been pushing for a high-level visit from the Russians and there were claims that Putin or others would visit Pakistan but that did not materialize. There were tangible discussions on energy, security and diplomatic cooperation. Pakistan is heavily dependent on natural gas, its natural gas supplies are depleting and there is a huge gap between supply and demand. Natural gas is a big part of Pakistan’s energy generation, vehicular and industrial fuel supply.

Moscow had displayed interest in technically supporting the Iran-Pakistan gas pipeline. Those plans never came to fruition but by 2015 the two countries had engaged in serious discussion for construction and financing of the gas pipeline from Karachi to Lahore. Those discussions had been complicated by sanctions on Russia and negotiations over pricing but it seemed like they could have been finalized in 2017. Ultimately that also did not happen. There was also defence cooperation taking roots like in 2014 Moscow removed the decades-old embargo over supply of armament to Pakistan because the old Indo-Soviet ties now did not exist. In 2017 Pakistan received four Mi-35M attack helicopters from Russia.

In late 2016 the two countries held their first joint military exercises in Pakistan; this was a sensitive issue in which an early announcement had said that to some extent these exercises would take place in Gilgit Baltistan region (which India calls Pakistan Occupied Kashmir). So there is not only energy and defence collaboration but now increasingly strategic convergences too. In 2016 Moscow had hosted a trilateral in Pakistan on the future of Afghanistan involving Pakistan, China and Russia. Importantly Kabul, New Delhi and Washington DC had been left out from these talks.

In 2016 when the BRICS Summit was held Moscow did not support New Delhi’s position on Pakistan State-Sponsored Terrorism. As a result, the Russians issued a very soft statement regarding concerns about terrorism in South Asia. Before Moscow had begun its more pronounced engagement in Afghanistan, China started to have a more robust diplomatic presence in the region. In April 2021 when the Russian Foreign Minister visited New Delhi, after his bilateral meeting he went to Pakistan right from New Delhi.

This did not go down well with New Delhi. All this has till now left India-Russia relations a bit weak, also because of India having gone into a much tighter embrace with the USA due to the China factor in terms of the Indo-Pacific region on QUAD and the four foundation agreements signed in early 2000s to BECA in 2020 between the United States and India. So far, Russia has not crossed the red line with India, in terms of the low substance observed in Russia-Pakistan relations, which is good news for India. And also the fact remains that Pakistan has nothing to offer Russia and Pakistan’s entire economic existence is based on support from the West.

That is the IMF has kept it afloat in which American monetary share is dominant. Unfortunately, till now there has been no progress on the North-South Transport Corridor, it is possible that above reasons have held it back. And now it is impossible with Europe angry over Russia due to the Ukraine War. One positive development due to Ukraine War that seems right now highly guaranteed is that due to India’s stand on the Ukraine War, Russia will no longer complain about QUAD or India’s strategic partnership with the USA. In fact, India-Russia relations will be strengthened at a magnitude of spirit similar to the Indo-Soviet ties (not necessarily in bilateral substance) primarily because Russia would not like to be entirely dependent on China, nor would it deem fit to be subjected to Americans, Europeans pushing it back!

The entire Indian Strategic Community will have to keep track of developments in the Russia- Pakistan relations. Not because of any tangible threat developing that is directed at India, but the fact that Russia made a statement after the visit of Prime Minister Imran Khan to Russia. It said, “Immediately after the announcement of the working visit of Imran Khan to Moscow on February 23-24 this year, the Americans and their Western associates began to exert rude pressure on the prime minister, demanding an ultimatum to cancel the trip,”. It must be noted that Russia is isolated (no major power including China is supporting the Ukraine War explicitly) in the world and that is why to deflect the attention of the world they might be giving such a statement!