State of the Sanctions War 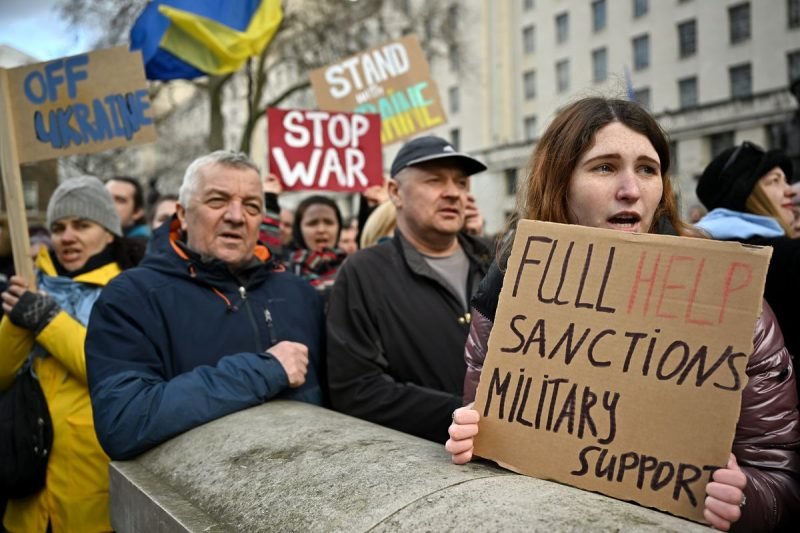 Forty countries around the world, representing half of the global economy, have imposed far-reaching sanctions on Russia, but then again almost half of the world have not. Punitive sanctions against Russia have come in waves, including exclusion from SWIFT payment system, restrictions on Russian banks, asset freezes, travel bans and the denial of access to high-tech products. The range of sanctions applied against Russia includes ‘smart’ sanctions imposed on individual companies or individuals, ‘financial’ sanctions targeted at banks, ‘trade’ sanctions that limit either imports or exports, ‘travel’ and energy sanctions. The US Justice Department is making sanctions evasion and export control a priority in the wake of Russia’s ‘invasion of Ukraine’. The aim is to completely isolate Russia from the global economy, limiting the possibilities of its advancement. Russia is a trade surplus, creditor nation which has accumulated foreign currency reserves of more than $600bn held in dollars, gold and other currencies. But as part of the toughest economic sanction, western nations have put a freeze on Moscow’s $600bn (£462bn) foreign currency war chest.

In Europe, inflation on the back of exploding energy prices is projected to reach a whopping 7.5%. Meanwhile, the Russian ruble is almost back up to where it was before wave after wave of sanctions hit its economy.

For the war in Ukraine handy maps clearly indicate territory gained or lost, as far as the economic war is concerned the results are harder to predict.

The economic war between Russia and the west did not start this year; it started way back in 2014 after the war in Crimea. Smart sanctions targeting individuals and companies surrounding the Putin regime were pretty effective. On average sanctioned firms lost about one-third of their operating revenue. What’s more, they lost over one half of their value and 1/3 of their employees relative to their non sanctioned peers. Russia responded by “Russification” and diversification, pursuing import substitution, and shifting imports to Asian countries. It deployed some smart ‘dumb sanctions against the West. Russia targeted the western agriculture and food sectors. As a result, while Russian exports were hardly affected, western foodstuff exports to Russia dropped by roughly 1.3 billion dollars, and the Russian agriculture sector thrived. After an initial drop in the ruble and a major spike in inflation, relatively stable oil prices meant that the impact on its economy remained relatively small.

This year after Russia invaded Ukraine on February  24, the economic response in the West started out slow. First western powers responded by extending existing sanctions to Belarus which facilitated the war. After that they forbid exports of strategic technology such as semiconductors. The first true escalation came from the UK which banned Russian Aeroflot planes from flying over its airspace, and was later adopted by other EU nations and extended to all Russian airlines. This was followed by the exclusion of all Russian airlines from the global aircraft parts leasing and maintenance market. Five waves of sanctions packages have involved the freezing of assets of over 900 individuals, travel bans, cutting access to capital markets, prohibiting lending and buying of securities issued by Russian banks, bans on major banks and access to the SWIFT payment system, ban on oil import by the US and active discussion about energy imports by the EU. Export bans and restrictions in the form of licensed transactions, extended in the fifth sanctions package, are designed to degrade Russia’s economic, industrial and technological potential, beyond the civil and military sectors. About 25 percent of the export value that the EU has towards Russia, prewar, is under sanctions, out of a total in 2021 of €80 billion worth of exports. A growing number of firms have suspended activities in Russia with McDonald’s, Coca-Cola, Starbucks and Heineken being the latest. Food companies Nestle, Mondelez, Procter & Gamble and Unilever have halted investment in Russia, but said they would continue providing essentials. Apple has also halted all of its product sales and limited services such as Apple Pay and Apple Maps in Russia. All of this makes for an impressive-sounding list, but how much harm will these sanctions actually cause?

Russian counter sanctions are not negligible:

President Biden’s hopes that, “the ruble almost is immediately reduced to rubble,” might not be entirely fulfilled as the last few weeks has seen the ruble rebound, as a result of a range of the tough defensive counter sanction measures adopted by Russia.

Moscow began by issuing a list of “unfriendly states”, which includes the United States, all EU member states, Albania, Andorra, Australia, Canada, Iceland, Japan, Liechtenstein, Micronesia, Monaco, Montenegro, New Zealand, North Macedonia, Norway, San Marino, Singapore, South Korea, Switzerland, Taiwan, Ukraine and the UK. Russia then imposed export bans on more than 200 products until the end of 2022, covering telecoms, medical, vehicle, agricultural, and electrical equipment, and forestry products such as timber. This has caused considerable tension in the EU. Further, the import ban on steel has had an effect on European markets since Russia is a big exporter of steel products.

Although the world’s biggest cosmetics firms L’Oreal and rival Estee Lauder are both closing shops and ceasing online sales, Russia is where Estee Lauder has some of its strongest sales. In fact, Russia was the fifth largest European retail market globally last year, valued at £337.2bn.  Most brands have used the nomenclature “suspended” in the hope that they might resume operations at a later date.

Faced with a falling ruble, Russia imposed strict capital controls on its citizens, and the Russian central bank raised the interest rate to 20 percent to keep the money in the country and attract investors. On top of that Russia ordered energy exporters to convery 80 percent of their foreign currency receipts into rubles effectively increasing its demand. Buyers of Russian natural gas based in “unfriendly states” are obliged to pay for gas in Russian rubles. buyers of gas must open accounts in both Russian rubles and non-ruble currency at Gazprombank and initially pay for gas in non-ruble currency, which is then sold by Gazprombank on the Moscow Exchange against Russian rubles credited to the buyer’s ruble account and subsequently paid to the seller of gas. While some countries seem to have opened them, others like Poland and Bulgaria have not, as a result Russia has decided to cut off natural gas supplies to them, marking a turning point in this war. Hungary is among countries that have agreed with Russia to allow the conversion of their gas payments to rubles, testing the EU’s sanctions policy.

Other financial measures that Russia has adopted to mitigate the effects of international sanctions, include prohibiting brokers from selling securities on behalf of any non-Russian companies or individuals. Issuance and trading outside of Russia of depositary receipts representing shares of Russian companies has been prohibited. Russians are prohibited from depositing non-ruble currency into their accounts in banks abroad and until September 9, 2022, individuals may withdraw no more than $10,000 in cash from their non-ruble accounts in Russian banks. Russia has also shut off its airspace, along with as confiscating any Western aeroplanes which were still in the country. This too has hurt western airlines especially leasing companies and airlines. Other assets owned by western companies that have pulled out of Russia could also be nationalised.

The interplay of international sanctions and Russian countermeasures is creating difficult options for companies with global operations. The results of the sanctions in terms of impacting the military outcomes in the short term is not visible. If the point of the sanctions is a de-escalation of the conflict or even a withdrawal from Ukraine that is not happening. Rather the trade shock to the international supply chains has been very significant especially as China is currently dealing with severe Covid-19 resurgence and lockdowns. Sanctions on Russia has affected supply of fertilisers, wheat, sunflower oil. On the other hand, energy transactions account for nearly half of Russia’s exports. In fact, the EU has imported €43 billion of fossil fuels from Russia since the start of the war in Ukraine. The cumulative effect of the different categories of sanctions are still fairly difficult to disentangle because at this stage there are several things happening, not the least the war itself, affecting production and logistics. It remains to be seen how long can the US or the rest ​of the EU ​keep up the sanctions, especially on oil and gas. Notwithstanding the short term supply chain disruptions, the aftermath of the Ukraine war is likely to bring more structural changes in the global economy fundamentally impacting international trade and relations.