The Iran Nuclear Deal might have lost its domestic purpose 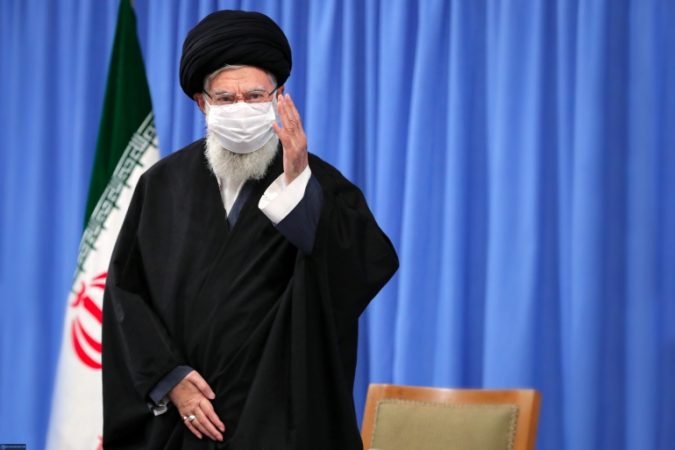 With the conclusion of the current round of talks in Vienna on reviving the Joint Comprehensive Plan of Action, popularly known as the Iran Nuclear Deal, the P5+1 countries and Iran have resumed their negotiations after being suspended since the Iranian Presidential Elections. The negotiations are said to have continued from where it was left in the sixth round, due to the change of government in Tehran in June this year. The current round- seventh this year- came at a time when a high degree of faithlessness persisted, especially on the Iranian side, regarding the deal’s revival[1]. The Supreme Leader of Iran Ali Khamenei had, earlier this year, publically insisted his countrymen to not trust the commitments of the western countries since they have “no hesitation” in breaching them. [2] The next round will commence after a week when the negotiators return from their Capitals after consultations.

However, with the conservatives and pro-regime politicians in power, both in the Parliament and Sa’dabad complex- the residence of the President, the Nuclear Deal might have lost its purpose, at least as far as its impact on the internal politics of Iran is concerned. This remains even though the negotiations are in full swing, though the seriousness of the Raisi administration has been questioned, something also evident in the statement of the E3 countries, which mentioned the disappointment of the three countries. Along with this, Khamenei’s commitment to the deal has also been dubitable. He has long vacillated on the issue, criticizing it on some occasions and, at times, supporting it.

That brings us to the question, what was the purpose of the Deal? In addition to the serious issue of nuclear proliferation in the West Asian region- that might embark on a nuclear race in the already volatile region, the United States aimed to bring Iran into the mainstream economy, establish its economic relations with the West, and mitigate the influence of the ever-burgeoning Chinese economy on the Islamic Republic. The fears of the latter came true in March this year with the signing of 25-year Cooperation Program between Iran and China that is set to bring the Islamic Republic in the Belt and Road Initiative-fold, thus making it harder for the US to keep Iran in isolation. [3]

But the deal also had a profound impact on the domestic politics of Iran. The implicit purpose of the deal was to empower the moderates in Iran, who had remained marginalized since the election of Mahmoud Ahmadinejad in 2005 to the Presidency[4], giving them the power to formulate policies that would decrease the revolutionary fervour that guides its domestic and foreign policies. The success of the deal in this respect is conspicuous in the election results of the Parliamentary elections held in 2016. The reformists won at least 121 seats in 290-membered Majles-e-Islami, a significant surge when compared with that of 2012, in which they bagged just over a dozen of seats. The deal provided a temporary tactical arrangement that would bring the more liberal voices to the forefront in Iranian decision-making. Moreover, the influx of huge capital in the country had the potential of uprooting the political economy that has dominated the politico-economic scene in Iran since the end of the brutal Iran-Iraq war in 1988, and replacing it with another one, more favourable towards the West.

The IRGC is the largest player in the political economy of Iran[5]. It has long dominated the scene. The origins of the pre-eminence of the IRGC- also known as the Sepah- lies in the devastating impact of the Iran-Iraq war on Iran’s infrastructure[6], and the subsequent liberalization of the Iranian economy during Rafsanjani’s tenure as a part of his ‘Economy First’ policy[7]. The liberalization coincided with the ‘Reconstruction Era’, in which the Sepah entered the economy through various reconstruction projects. Though the policies of economic liberalization were continued by Khatami, the hitherto largest boost to privatization was given by Ahmadinejad. He gained Khamenei’s consent in privatizing 80% of the SOEs.[8] The influence of the Sepah on the government also burgeoned, with nearly half of his cabinet filled by IRGC veterans, and many additional government posts being filled by either its members or veterans. As a consequence, the Sepah grew considerably more powerful. [9]

The most formidable opposition to the Nuclear Deal came from the Sepah. As a long time beneficiary of the isolation, it had reasons to worry about the prospective influx of capital in the country. The Sepah, through its subsidiaries and affiliations, dominates most of the sectors of the Iranian economy, including construction, Oil and Gas, finance and education. It has also received large state contracts for numerous projects. [10] The Rouhani government, however, was at constant loggerheads with the Sepah. Immediately after signing of the deal, Sepah launched medium-range ballistic missiles, with ‘Death to Israel’ imprinted on them, to derail the deal, as alleged by Rouhani. [11] His intent of opening up to the world threatened the interests of Sepah, which has relied on instability and rhetoric to perpetuate its influence. Two large contracts, awarded to the Khatm-al-Anabiya, an organization related to the Sepah, were cancelled by Rouhani after the signing of the deal[12], which were worth $2.6 billion. The bothering of the Sepah can be seen in the desperate moves to arrest the brothers of Rouhani and his First Vice President Jahangiri[13].

With a hardline cleric occupying the Presidency, the Regime is set to entrench itself further in the economy and politics of the country. President Ebrahim Raisi, just like Ahmadinejad, has offered several posts of ministers and advisors to members or veterans of the Sepah[14]. The Sepah’s meddling in foreign affairs and diplomacy – as evident in the leaked audio of Foreign Minister Javad Zarif, in which he criticized Qassem Solemani for meddling in his prerogatives- is also poised to increase.

The attack in January 2020 that killed Solemani, the commander of the Qods Force, by an order of President Trump had given a boost to the hardline cause in Iran. As a direct consequence of the assassination, the Conservatives were back in majority of the Majles after sweeping the elections held just a month after the incident. The 11th Majles has since been steadfast in opposing reformist causes. In December 2020, the Majles passed a law authorizing the government to enrich Uranium to 20% and limit the access given to IAEA inspectors to inspect its nuclear facilities. [15]

There have been talks about Rouhani’s aspirations of succeeding Khamenei as the Supreme Leader. [16] Khamenei, who is now 82 years old, is rumoured to be quite ill for a few years. Had the Deal been in place, and the Reformists been empowered, Rahbari – the Supreme Leadership- of Rouhani could have been a possibility. But, the fact remains that Rouhani suffered a blow when Trump pulled America out of the deal in 2018, squashing all his aspirations.

However, the picture might not be absolutely gloomy. A deal that limits nuclear proliferation, mitigates the revolutionary fervour and compels the regime to respect Human and Women rights will be a positive development no matter who is in power in Iran. The only question remains, will a deal be finalized?

[1] Carmi, Omer. ‘What if it is not a tactic? Khamenei’s waning faith in the JCPOA’ in the Washing Institute of Near East Policy. August 3, 2021. https://www.washingtoninstitute.org/policy-analysis/what-if-its-not-tactic-khameneis-waning-faith-jcpoa

[4] Nephew, Richard. ‘What the Nuclear deal means for the moderates in Iranian politics’. The Brookings Institute. February 16, 2016. https://www.brookings.edu/blog/markaz/2016/02/16/what-the-nuclear-deal-means-for-moderates-in-iranian-politics/

[7] Rizvi, MMA. Evaluating the Political Economic Role of the IRGC. University of Amsterdam

[14] Vatanka, Alex. ‘Raisi and the Revolutionary Guards’ in The Iran Primer. September 2,2021 https://iranprimer.usip.org/blog/2021/sep/02/raisi-and-revolutionary-guards