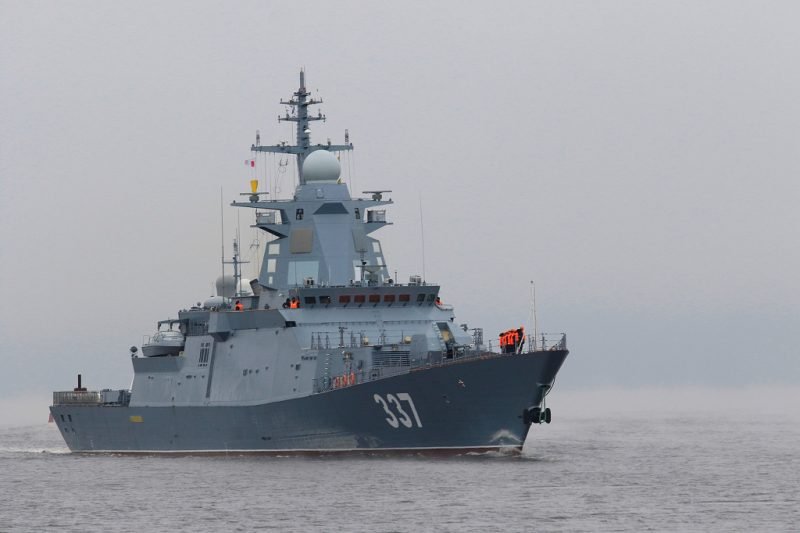 Japan’s military said on Thursday that it had spotted four large Russian amphibious warfare ships sailing close to its islands as they traveled west, possibly towards Europe.

Pictures of the amphibious transports, typically used for landing expeditionary forces ashore, published by Japan’s defence ministry showed what appeared to be military trucks loaded onto the deck of one of the vessels.

We don’t know where they are heading, but their heading suggest it is possible,” a Japanese defence ministry spokesman said. Asked if they could be bound for Ukraine, he said “it is possible”.

A Japanese Self Defense Force maritime patrol first detected the Russian vessels, which can carry dozens of tanks other military vehicles and hundreds of troops, on Tuesday and monitored them as they passed West from the Pacific Ocean to the Sea of Japan through the narrow Tsuruga Strait separating Japan’s main Honshu island from Hokkaido island on Wednesday.

It is unusual for Russian ships to pass through the strait so close to Japanese territory, the military spokesman said.

Armed with anti-tank weapons supplied by the United States and other countries Ukrainian fighters have taken a heavy toll on Russian armour and fuel trucks, meaning Moscow, which describes its attack as a “special operation,” may need to reinforce its forces with new equipment.

NATO allies, which have already supplied 20,000 anti-tank and other weapons to Ukraine, on Wednesday said they would keep helping the country resist the Russian attack.