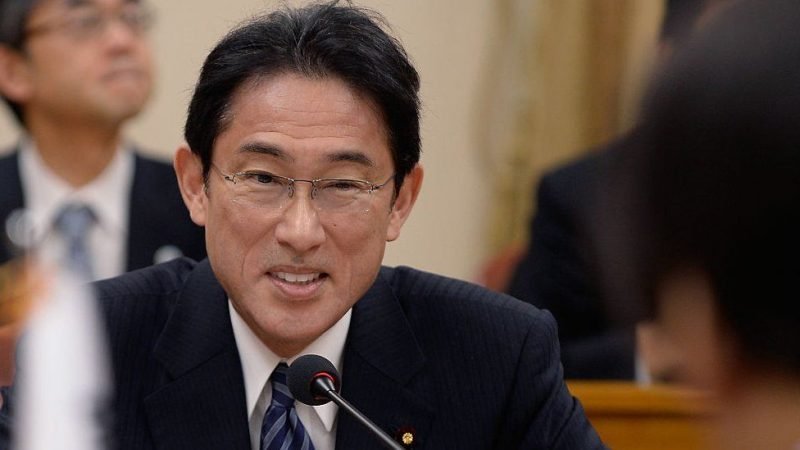 Fumiko Kishida will become the next prime minister of Japan after winning a dramatic runoff in the ruling Liberal Democratic Party (LDP) leadership vote today.

He will be Japan’s third prime minister in just over a year, replacing the deeply unpopular Yoshihide Suga, whose fortunes began to fall after he followed Shinzo Abe into the prime minister’s office last September.

In a surprise result, Kishida, a former foreign minister, narrowly beat his main rival, Taro Kono, the popular vaccine minister, 256–255 in the first round of voting by party members. The two female candidates, ultra-nationalist Sanae Takaichi and liberal Seiko Noda, meanwhile, were eliminated.

In the second round of voting, which is dominated by the LDP’s members in the Diet (Japan’s parliament), Takaichi’s supporters, with the backing of Abe, threw their weight behind Kishida and secured his election.

Kishida’s rise through the ranks

The mild-mannered Kishida, 64, comes from a family of parliamentarians — both his grandfather and father were members in the Diet.

As a child, Kishida spent three years in New York when his father was posted to the US as a senior trade ministry official, where he attended public school in Queens. After graduating from prestigious Waseda University in Tokyo, Kishida had a short stint in banking before becoming a member of the House of Representatives in 1993.

Despite representing Hiroshima in parliament, he defended Japan’s policy of remaining out of the Treaty on the Prohibition of Nuclear Weapons, citing the need to rely on the extended nuclear deterrence of Japan’s ally, the US.

After Kono replaced him as foreign minister, Kishida was briefly defence minister, and then took the post of LDP policy chief.

As a leader of one of the LDP’s powerful factions, which were instrumental to his victory in the leadership vote, Kishida is perceived as more able to build consensus than the headstrong Kono.

Unlike Kono and his similarly abstinent predecessors Abe and Suga, Kishida does enjoy a drink, having once reportedly challenged Russian Foreign Minister Sergey Lavrov to a drinking contest of vodka and sake.

Critics say Kishida is too indecisive, which could leave him open to influence by the party’s faction chiefs, particularly those from Abe’s more hardline nationalist group.

This could result in a push to alter Japan’s constitution to allow a more belligerent defence policy and further delay reforms to gender equality, which would go against the majority of public opinion.

Where does Kishida stand on major issues?

Kishida will be designated Japan’s 100th prime minister by a special session of the Diet on October 4, and then formally appointed by Emperor Naruhito.

He is then expected to announce his new cabinet. Many party heavyweights are likely to stay in place, such as deputy Prime Minister Taro Aso, Foreign Minister Toshimitsu Motegi and Defence Minister Nobuo Kishi, Abe’s younger brother.

Takaichi and Noda may also be returned to the cabinet to boost gender equality, with only two women in the outgoing Suga cabinet. Kono will also likely be kept in the cabinet, if only to keep his ambitions in check.

Kishida will then immediately lead his party into a national election, which must be held before November 28.

During his leadership campaign, Kishida pledged to spend tens of trillions of yen to stimulate the economy, prioritising those on lower incomes, struggling regional areas and the tourism industry. This would take Japan further from Abe’s neo-liberal economic policies – nicknamed “Abenomics” – which worsened income inequality in society.

While committed to having Japan reach net-zero carbon emissions by 2050, Kishida has supported restarting the country’s idle nuclear reactors, investing in small modular reactors and fusion technology to do so.

Although Kono made the surprising move to come out in support of same-sex marriage during the campaign, Kishida is noncommittal on the issue.

He also does not favour female imperial succession, but he does support changing the law to allow women to keep their family names after marriage.

As a member of the nationalist lobby group Nippon Kaigi, Kishida says he will “consider” visiting the controversial Yasukuni shrine dedicated to Japan’s war dead, even though this would anger neighbouring China and South Korea.

How about foreign affairs?

In foreign affairs, little is likely to change. Kishida will likely continue Japan’s promotion of the Quad – the security grouping made up of Japan, the US, Australia and India — and may even adopt Kono’s proposal to develop nuclear-powered submarines.

Japan may also seek to join the Five Eyes intelligence-sharing alliance, another of Kono’s suggestions.

Does the opposition have a shot in the election?

Even though the LDP is favoured to win the national election, Kishida’s elevation to prime minister will give a bit more hope to the opposition parties, who would have feared campaigning against the high-profile Kono.

The main opposition Constitutional Democratic Party has formed an agreement with the Japanese Communist Party and two other minor parties not to run against each other in order to maximise their chances of unseating marginal LDP members.

This alliance is still unlikely to defeat the LDP, but it may be enough to substantially reduce its current two-thirds majority in parliament (which it enjoys with its coalition partner, Komeito).

Kono, meanwhile, is certainly willing to bide his time and cultivate his already prominent profile for yet another attempt at the party leadership, due to be held in three years.

That is, unless Kishida succumbs to one of the LDP’s frequent political scandals, or like Suga, fumbles policy badly enough that he is driven to an early resignation, keeping the revolving door of leaders going.