Hiroshima Day and Beirut explosion: Is history repeating itself? 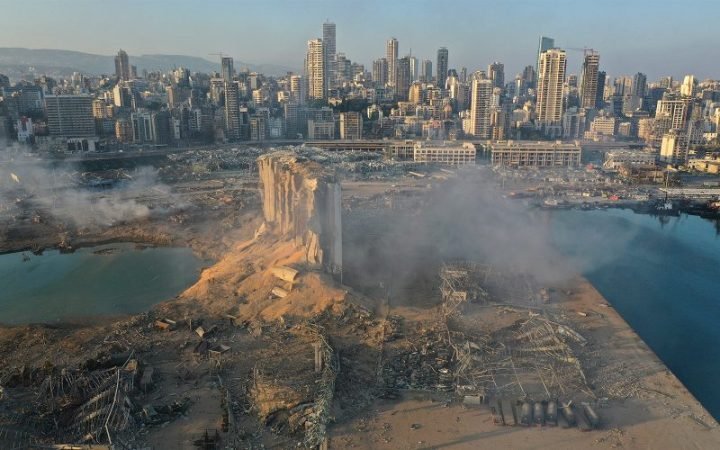 Seventy-Five years ago, this day saw the unconditional end of World War – II, with the U.S. dropping atomic bombs on the Japanese cities of Hiroshima and Nagasaki. The attack that killed approximately 70,000 to 80,000 people continues to have echoed effects in the country. The long term effects of radiation exposure increased cancer rates in survivors, birth defects in newborn children still threatens the country’s demography.  In memory of those who lost their lives on the day, in 1945 August 16th is remembered yearly as ‘Hiroshima Day’. Coincidentally, a massive explosion rocked the Beirut city in Lebanon, on Tuesday, 05th August leaving hundreds dead and thousands injured. The explosion that took place at 06:07 p.m. (Local time) near Beirut port caused flipping cars, shattering glasses and caused homes to crumble across the city. Witnesses of the blast put out videos of the blast on social media that brought this incident to the limelight of the world.

What caused these explosions?

The biggest attack in the History of Japan, the Hiroshima attack happened, when a modified B-29 dropped a Uranium gun-type bomb, named the ‘Little Boy’ by the U.S. with the consent of the British. With no immediate response from Japan, another bomb, ‘Fat Man’ was dropped three days later, on the 9th of August over Nagasaki. While in Lebanon, the blast is reported to be caused by a major fire at a firecrackers warehouse near the port. However, on Wednesday morning,  Prime Minister Hassan confirmed that 2,750 metric tons of ammonium nitrate had been stored at the port without proper ‘Preventive safety measures’. According to experts from the University of Sheffield, the Beirut blast was equivalent to 1,000 to 1,500 of Trinitrotoluene (TNT) a tenth of the intensity of the nuclear bomb at Hiroshima. President Aoun declared a three-day mourning period and said the government would release 100 billion lira (£50.5m; $66m) of emergency funds. Prime Minister Hassan Diab said that it a catastrophe and said those responsible must be held to account.

Lebanon’s economy was in shambles owing to various other factors that are just expected to get layered over after the blast. The tragedy piles yet another layer of hardship to the country’s economy that is already reeling from its worst-ever financial crisis. With Lebanon already struggling under the weight of its economic downturn, added to huge damage to one of the most important maritime ports of the country, Beirut and Tripoli will worsen further inherent poverty and volatile exchange rates of the country.

How have other countries reacted?

Immediately after the blast, Lebanon’s Prime Minister called for International help, saying “I make an urgent appeal to friendly and brotherly countries… to stand by Lebanon and to help us heal our deep wounds.” US President Donald Trump sent his deepest message to the country, where he called the incident ‘a terrible attack’ and Secretary of State, Mike Pompeo showed assistance tweeting, “We are monitoring and stand ready to assist the people of Lebanon as they recover from this horrible tragedy.”

France, in a huge development, sent resources, 55 security personnel, medical aid and emergency doctors to Lebanon, while the President of France Emmanuel Macron arrived in Beirut on Thursday to provide support to the country, and tweeted, “Le Liban n’est pas seul”, which translates to “Lebanon is not alone”.