Economic Impact of the Russian-Ukraine Crisis for India 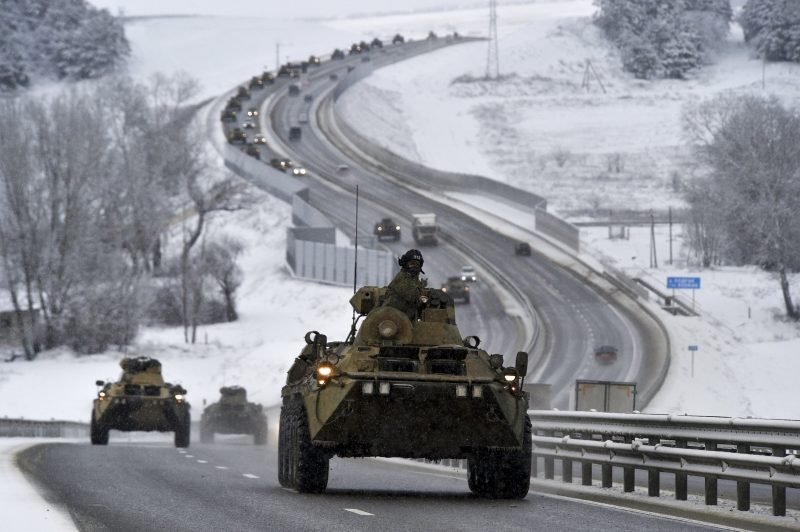 The intensive diplomatic efforts to ward off the potential armed conflict between Russia and Ukraine were nullified when Russia declared a “special military operation” in Ukraine. Studies analysing Russian strategies in times of conflict point towards coercive diplomacy and incremental escalation. Annexation of Crimea and recent amassing of Russian troops alongside Ukrainian are exemplary of the strategy in action. The geopolitical conflict has posed a serious security threat all across Europe and dampening the global economy which is still frail from the recessive effects of the pandemic. What could be implied as a likely revival of the Cold War for the West, is likely to cost the economic footprint in the form of increased international prices of commodities and dwindling financial market. These effects will be highly polarised for the European region. Most Asian countries, being net oil importers will be able to absorb the effects in the longer run. However, in a shorter timeline, the race to fill up storage capacities, meet growing demands of oil and avoid the inklings of an energy crisis, the scurried purchases of crude oil will keep the prices per barrel up for a while.

India is more or less the spotlight contender in the power dynamics that unfold during and/or after the ongoing conflict. Unlike the previous Russia-Ukraine tussle in 2014-15 in the Crimea peninsula, India sits as a member of the UN Security Council this year. Its abstinence from the procedural vote for the UNSC resolution holds twin contours – dismay on behalf of Kyiv for New Delhi’s non-fulfilment of the expected support and its first act of indirectly calling out Moscow for violation of territorial integrity of another State. As and when India seeks to improve relations with the United Kingdom, the USA and the European Union, the abstinence may cloud support against Chinese expansionary policy in the Indo-Pacific region. The conflict also comes at the time when India just purchased the S-400 missile system. The sanctions imposed by the West will hamper the Russian defence industry posing restrictions on imports and exports of technology for India. Removal of two important Russian banks and its 90 financial subsidiaries from SWIFT – a prominent world financial system- poses a hurdle in payment in US dollars.

India is Ukraine’s largest export destination in Asia-Pacific with bilateral trade in FY 2020-21 amounting to 2.5 billion USD. On the other hand, bilateral trade between India and Russia stood at 8.1 billion USD for the fiscal year 2020-21. The ongoing crisis holds a lot on the plate as exporters keenly keep an eye out for the duration and intensity. The Federation of India Exports (FIEO) has warned traders to hold or keep their consignments away from the Black Sea route.  Further, with the imposition of sanctions, global trade will be hit and supply bottlenecks will be aggravated. In a globalised setup, there is no shying away from international standards creating an economic domino effect on the national doorstep.

The immediate consequence, fairly visible for the Indian Economy has its roots in crude oil price upsurge, financial market turmoil, threat to increase in current account deficits weakening the rupee further compared to the dollar, and a possible spike in inflation indicated via WPI-CPI indices. The P/E ratio already ranging at a high level will further hit the stock markets. Russia being the second-largest crude oil exporter in the world, the ongoing sanctions will spike the prices of the oil without any say which is already hovering at $105 the day Russia invaded Ukraine, the highest since 2014. India’s import bills will witness a spike thereby widening the current account deficit which at present is 1.3% of GDP. According to the RBI report a $10/barrel increase in oil price raises inflation by 49 basis points. This indeed will lead to an increase in fiscal deficit by 43 basis points as a percentage of GDP. Assuming on the other hand if it is passed on to the consumers, a $10/barrel increase will lead to an increase of 50 base points to CPI. Global advisory firm Nomura estimated that a 10% rise in crude prices will reduce GDP growth by 0.2% points and widen the current account by 0.3%. The Economic Survey forecasted 2022-23 growth assuming crude prices at $75. Adding to this, RBI’s recent monetary announcement didn’t include oil price rise which will put pressure on the RBI to increase interest rates to tackle inflation which as a response will hinder economic growth. According to statements given by group chief economic advisers of  State Bank of India, there appears to be an upside risk of 90-100 bps to RBI’s inflation of 4.5 percent for FY23 if oil price averages to $90/barrel; and 100-130 bps upside if oil price averages to $100/barrel. Russia being a major natural gas exporter wherein India imports 55% of its natural gas, the expected prices of the gas will go up. Daily revision of prices of petrol, diesel, and natural gas has been halted due to ongoing elections in five states. The current impetus combined with the international price pressure has widened the gulf between selling and cost price wherein the industry sources mentioned the gap to be over Rs 10/litre, when passed on to the consumers will lead to sky shooting inflation which is already above RBI’s tolerance shield of 6%.

The financial market couldn’t abstain itself from the worldwide turmoil where the Indian Stock markets plunged 3% on 24th February and is expected to remain volatile as the tension grows. The SENSEX dropped over 2,700 points on the same day at 54,529 while NIFTY dropped 816 points to 16,248 being the worst fourth SENSEX’s single-day drop. In response to the crude prices, the foreign portfolio investors turned to sellers thereby withdrawing a net amount of Rs51,703 crore from Indian equities. $177 billion worth of investment got wiped out from the Indian market after the SENSEX drop. The companies have turned a watching eye and delayed their IPOs in the market in response to the gloomy market conditions.  On the exports side, Russia-Ukraine together accounts for 90% of India’s sunflower oil import. India imported 1.89 million sunflower oil in 2021, 70% of it entirely from Ukraine, and has not sent a single shipment in the ongoing month. Our country being one of the major exporters of pharmaceutical products to Ukraine will face a burn too whereas the input cost of the auto sector is expected to rise, the effect being an upsurge in the prices of the vehicles.

India’s long-term fate amidst the ongoing situation in the international territories is fairly unpredictable since the severe short-term effects have started to unfold its effects within hours of the capture of Ukraine by Russian forces. The country though is miles apart in distance but is close in the geopolitical and economic spheres with both the fighting forces. While being one of the major exporters and a hub for its students in the captured country, India’s dependency and relation with Russia is not hidden in any sphere. The major defence deals and forthcoming agreements might be at a major stake if the slightest of disbalance takes place. The sanctions on Russia can put India in a situation of delay in deals and closure of potential future deals implying a weak stance of India against Chinese forces. The tussle between the West and Russia makes it even harder for India to take a straightforward stance which may even move Russia closer and communed to India’s long-term neighbouring threats China and Pakistan. Not going with the West countries, India will lose its ties there just when the country starts developing and strengthening its relations there. On the flip side, turning back from Russia has its own repercussions and effects. India’s stakes are high be it in terms of trade or be in terms of its own boundary security. Long term motive should primarily focus on moulding the international relations in consideration of the new outcomes of the foreign superpowers. In the recent Prime Ministerial statement, “ India will surprise its enemies with its indigenous weapons”, indicates being more self-reliant in each and every sphere in order to be more vocal and straight in supporting or opposing any future geopolitical situations.

Manmeen Kaur is Post Graduate Diploma Student specialising in Security Studies at the University of Mumbai. || Vanshika Arora is a first -year student pursuing her Master’s in Economics from Jamia Millia Islamia.