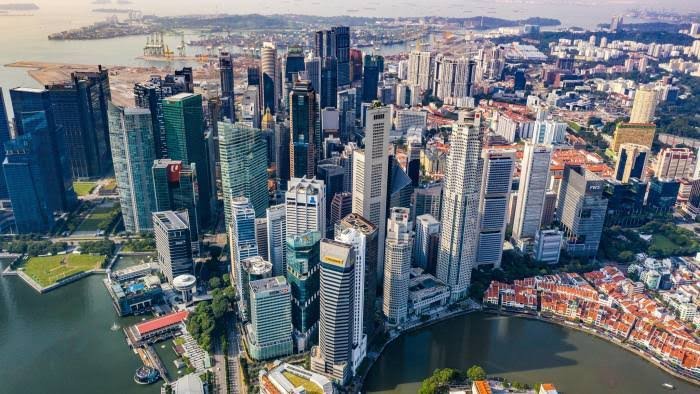 The Convention on Mediation seeks to facilitate international trade by allowing the enforcement of cross-border mediated settlement agreements in signatory countries.

46 countries, including the US, China and India, today signed a UN treaty named after Singapore.

A UN convention on mediation that is named after Singapore. How do you see this? Is it a symbolic representation of Singapore as the Asian Century’s prime & politically neutral Business hub.

As a Singapore citizen who is passionate about mediation, I welcome the new Convention and am delighted that it will bear my country’s name. As a scholar, I also think that it is very appropriate given how Singapore is both geographically and politically well-positioned to mediate between the East and the West as well as within Asia. In particular, for international commercial matters, Singapore is a trusted place where the rule of law and legal framework supports effective and efficient dispute resolution.

How in the easiest words we can understand the benefits of this convention. What are the key issues that could be resolved under this convention? How this will benefit countries and businesses?

I think the biggest benefit of the Convention is that it will give legitimacy and prominence to the use of mediation to resolve disputes. This, in turn, will help parties feel more confident in choosing mediation before fighting it out in court or elsewhere. If parties can resolve their disputes outside the courtroom and other adversarial avenues, they are both winners in that they have both voluntarily chosen the outcome tailored to their needs and likely can move on with their lives and businesses without too much delay. The Convention provides a framework for international parties who have settled their commercial disputes through mediation, to enforce the mediated settlement agreement in countries who have become States Parties to the Convention. Much like how the New York Convention has facilitated the growth of international commercial arbitration, the Singapore Convention can support international commercial mediation and help more people benefit from this consensual way of resolving disputes.

The United States & China who are locked in a trade war will be among the signatories of this convention. How the world should see this? Can we see this as a possible mediation ground between the two giants?

Countries in the European Union are not part of the signing ceremony. How to see this? Is there anything to do with the Brexit? In your view what will be the most suitable option for the EU, becoming signatories as a Union or individual states?

The European Union is a supporter of mediation and has, in fact, led the way in efforts to promote it for instance through the promulgation of the 2008 EU Mediation Directive. I am optimistic that the EU will as a regional bloc sign up to the Convention in time to come. It has only been about 6 months since the UN General Assembly passed a resolution on the Singapore Convention and time will be needed to work things through. Alongside the Singapore Convention, there is also a Model Law on International Commercial Mediation and International Settlement Agreements Resulting from Mediation. UNCITRAL Working Group II worked simultaneously on these two instruments to accommodate the different levels of experience with mediation in different jurisdictions. Some EU countries may not be ready for the Singapore Convention at this time and may wish to consider first developing a legal framework for mediation based on the Model Law.

Hong Kong already has a well-developed and robust regulatory–institutional framework for domestic and international mediation. What new this convention could offer to Hong Kong and China and the businesses based there?