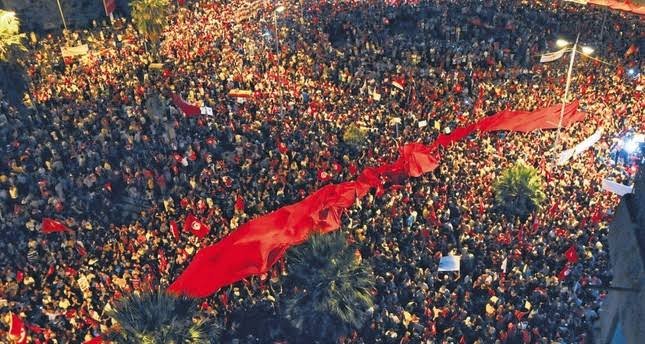 If society is considered as an open, complex and dynamic system. This system is attributed to the quality of both organizing and disorganizing. Constructive chaos occurs when there is an attempt to harness these destructive and seemingly random forces, for strategic purposes.
The chaos strategy proposes the artificial creation of disorder and violence in a country or areas that are considered as an object. It can be secured through an unconventional war – the use of different methods to achieve internal convulsions within a target country or the use of armed intermediaries to lead to a civil war scenario in a target country. It is a standardized regime change approach when to topple the government or to trigger the political collapse of a country or entire region.

Chaos theory aroused great interest from a sector of the American elite. Different authors and protagonists, academics and practitioners, took theoretical premises of it to understand the mechanics of social movements in countries and operate on them to obtain designated objectives. They would formulate their application as a strategy, through built chaos, for the achievement of American geostrategic interests.

These models begin with the introduction of a colour revolution, or a “Spring”. That represents some kind of revolt or navigated or manufactured ‘spontaneity’ of a street demonstration. Certainly, it represents a clear cut case of a soft coup, which could then be followed by a hard blow, through an unconventional war. If the first fails, the population is exposed to social engineering methods and hybrid wars, so that they can escalate into violence, produce civil wars, the results are the change of government or the collapse of the State itself.

If this sequence is repeated in several countries of the same region, we can talk about areas that are not integrated (Gap) under Barnett’s parameters.

“Gradually, the imperial civilizing mission (Expansion is a path to Security) got a new form. It became a moral duty – R2P (Responsibility to Protect), as much as the parental duty is to raise their infant child. The handsome, masculine and strong Western Prince Charming has one duty – to emancipate his Eastern Sleeping Beauty. Giving a ‘kiss’ meant projecting the western physical military presence, and commerce” – remarks prof. Anis H. Bajrektarevic in his brilliant geo-philosophical synthesis “Imperialism of Lullaby”.

Hence, what is chaos?

Chaos theory applied as a strategy is simply a form of social engineering.
Based on a comparison of the main guidelines of the strategy of chaos and hybrid warfare, we find under deduction that chaos theory is understood as a variant of the hybrid and fourth-generation paradigm of wars. The objective is to change the regime of a country marked as objective, but it should not be ruled out that the collapse of the state structure is not the desired objective.
As we have observed in all these cases, Chaos Theory has been used as a geostrategic foundation of the US to strengthen its role as a global hegemon after the Cold War, mainly in the Middle East area.

Chaos theory seeks to provoke, induce attitudes, behaviours, through social engineering to the population of a target country in addition to infiltrating external elements, violence spreads like a computer virus, the expected result is that the system will “reset/restart” with a change of government or such a state disintegrated. If that is the last case it will also be favourable for the US anyway.

Based on the historical methodology to analyse, and the prospective methodology to project, based on trend tracking. Its future use in other scenarios is not ruled out. Just as Arab springs and colour revolutions have occurred in the former Soviet space, this does not mean that they cannot be introduced outside those geographical areas, according to the interests of contenders fighting for their interests. Many of these patterns mentioned above are observed in Venezuela to date.

Chaos theory and strategy is a paradigmatic methodology of the US, in the geopolitical plane, its main objective is the fragmentation and fracturing of the Eurasian belt.

We must emphasize that this search for an unquestionable American unipolar hegemony project found its counterweight in recent years with the participation and active intervention in various scenarios and global situations of China and Russia, which to date seem to seek to consolidate a strategic partnership.